What a day for crypto!

Early this morning we got news that Square had purchased roughly $50 million worth of bitcoin.

More of which can be seen here btw:

Then later we got word that Bitmex had decided to replace all executives being charged by the CFTC and DOJ.

The replacements are considered "interim" at the moment, but that may changed depending on what comes of the criminal charges on the former execs.

That could all change by tomorrow of course.

Finally, we got the hashrate continuing to surge, hitting new all time highs yet again. 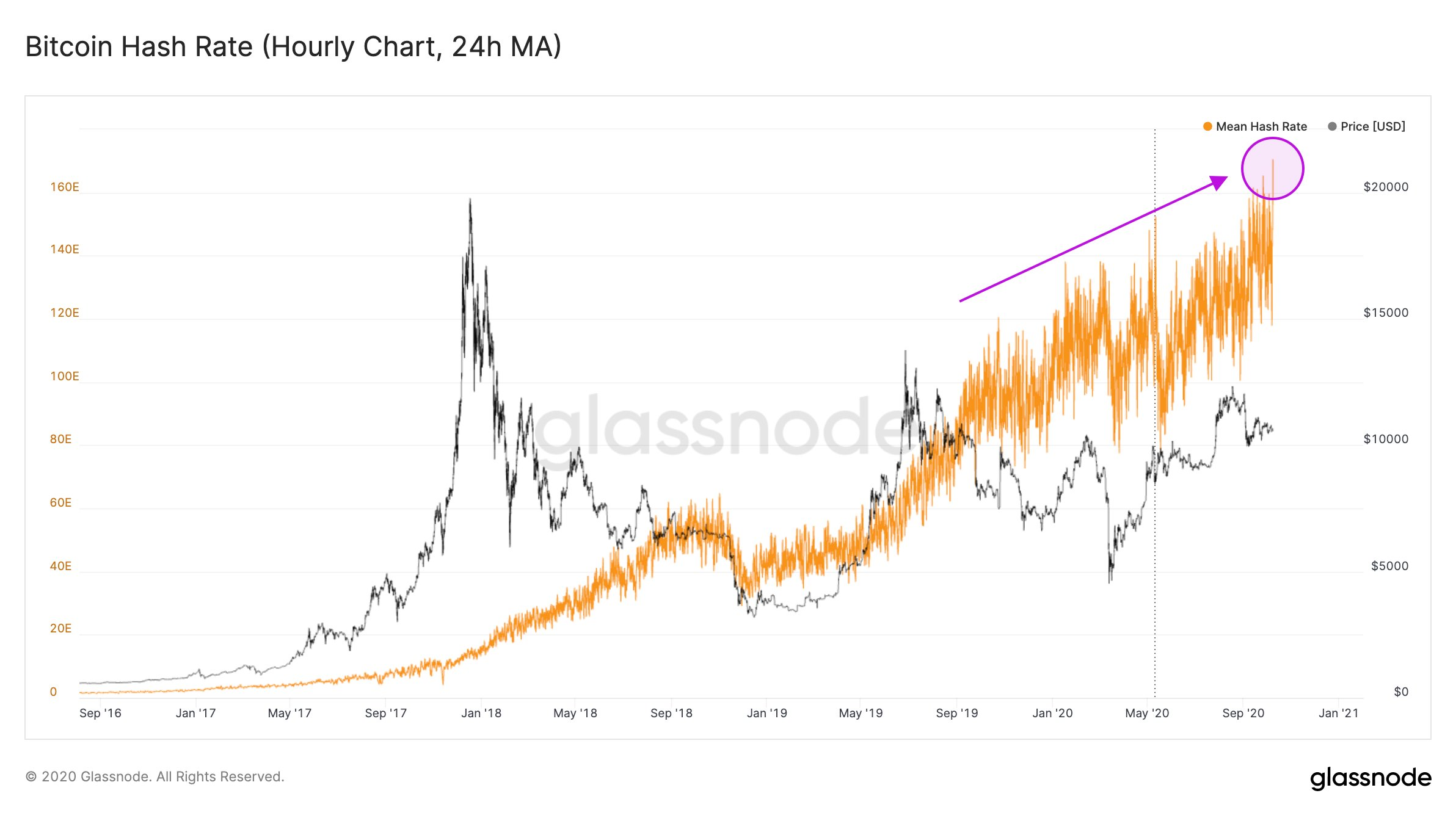 The reason hashrate is interesting and important to watch is because it is an indicator of the network security.

With the hashrate climbing, it means more and more resources are being put into securing the network and processing transactions.

The end result is a network more secure and more robust than any time previously.

This is interesting considering its happening at a time where the price of bitcoin continues to mostly go sideways.

Apart from the $300 pop this morning, bitcoin has mostly been going sideways to trending down for the last couple months.

That is not necessarily an environment in which you would expect to see a soaring hashrate.

This is likely due to the cost to mine dropping in certain places as well as ASICS becoming more and more efficient.

Either way, the end result is a more robust and secure bitcoin network.

A surging hashrate against a flat price sounds like a very good long setup to me.

After all, some longtime bitcoin OGs seem to think that hashrate precedes price gains, though I still think it's the other way around, but what do I know. :)

With the negative news of the last week not being able to tank bitcoin, combined with all the positive indicators I have been posting about (along with stimulus coming at some point), and I think we are going to have a very good Christmas this year.

Hopefully we can say the same for HIVE!