If millions pour in, the market cap can go up multiples of that...

We have known for a long time that the bitcoin and crypto markets were reflexive, now we have new research telling us just how reflexive those markets actually are.

What I mean by reflexive is that the market cap increase from new investment does not happen at a 1:1 ratio.

The investment can create a positive feedback loop where the market cap goes up more than the amount of money coming in because sellers demand a higher and higher price to part with their coins.

According to research put out by crypto analyst Willy Woo, the bitcoin markets gain roughly $3.30 for every $1.00 invested.

That means, on average, if you invest $100 into bitcoin the total market cap tends to go up by about $330 on average. 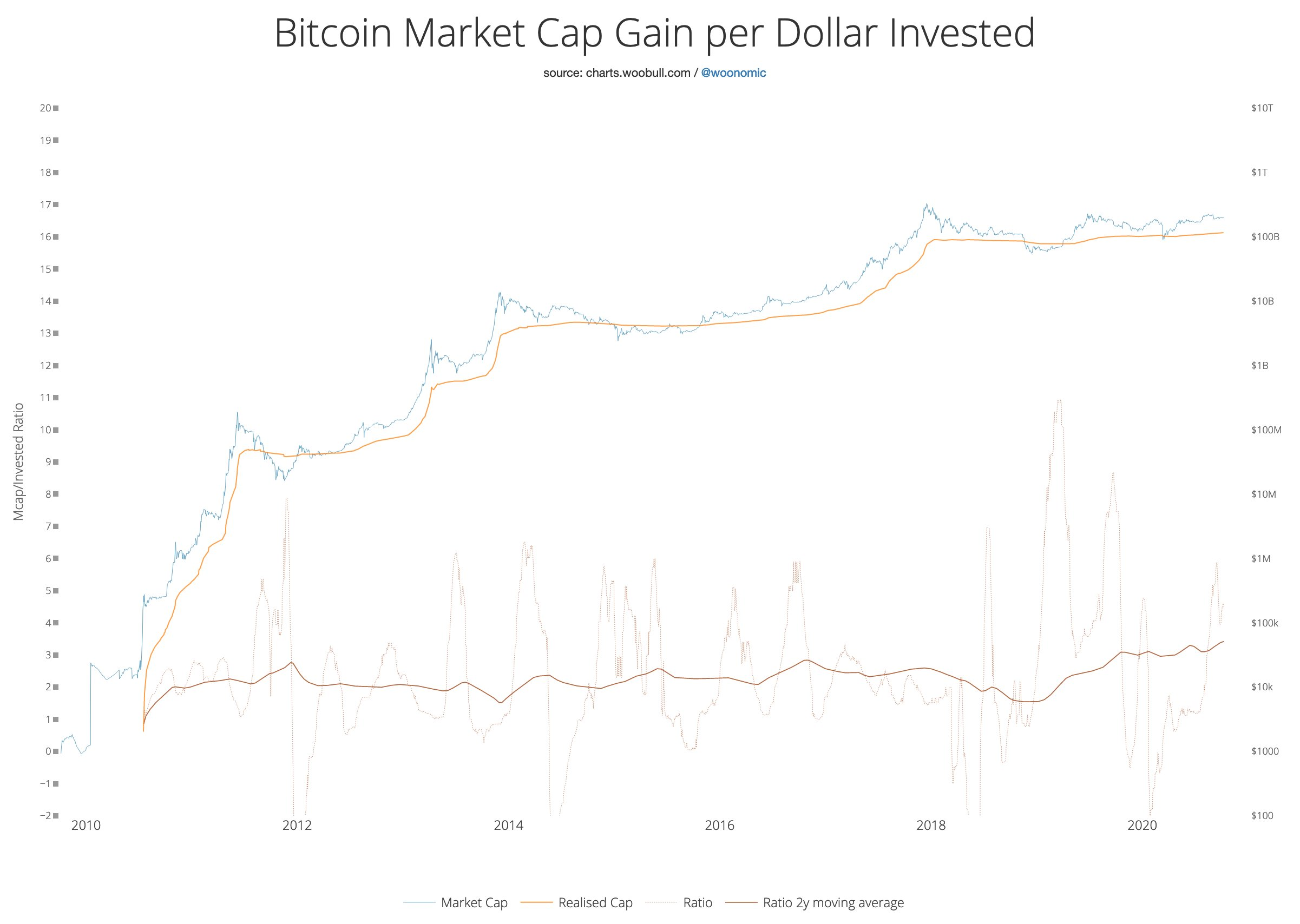 Not only is the ratio 3.3 currently, but it increasing...

While the 3.3 ratio may sound exciting to you on first glance, it's actually lower than what Tom Lee suggested several years back.

He suggested that based on their research, the ratio was closer to 25x.

The reason for this large difference was due to the fact that he included in altcoin market as well which greatly skews the results.

Given that context, a ratio of 3.3 might sound slightly disappointing.

However, the really neat thing is that this ratio is increasing...

Yes, based on a 2 year moving average of this ration we can see that it is rising over time: 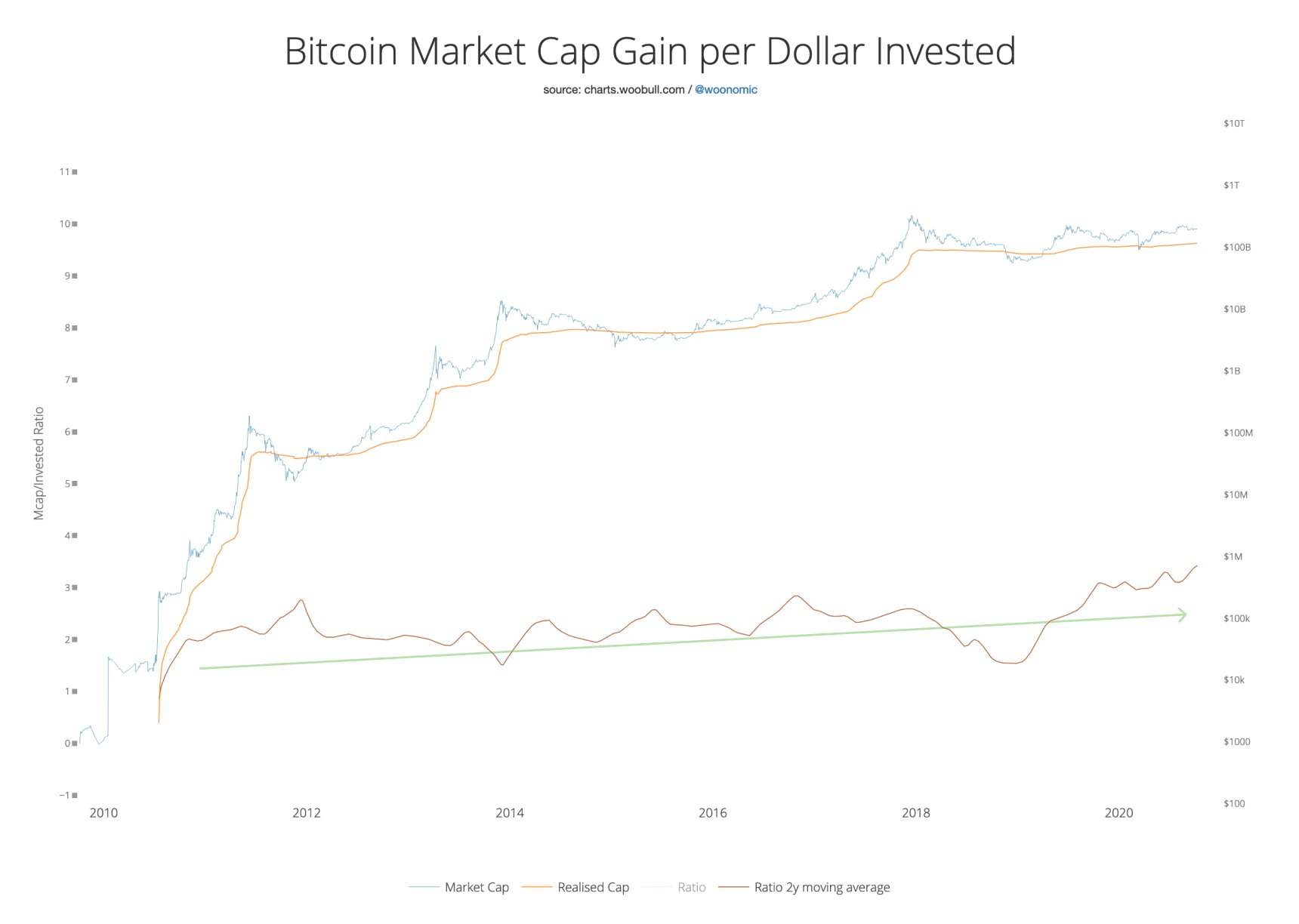 That means that every dollar invested is having more of an impact as we move forward, which is pretty exciting stuff!

What about during bull and bear markets?

Interestingly enough there was not a big divergence in bull and bear markets to this 3.3 ratio.

However, Willy Woo's research indicates that is not the case. 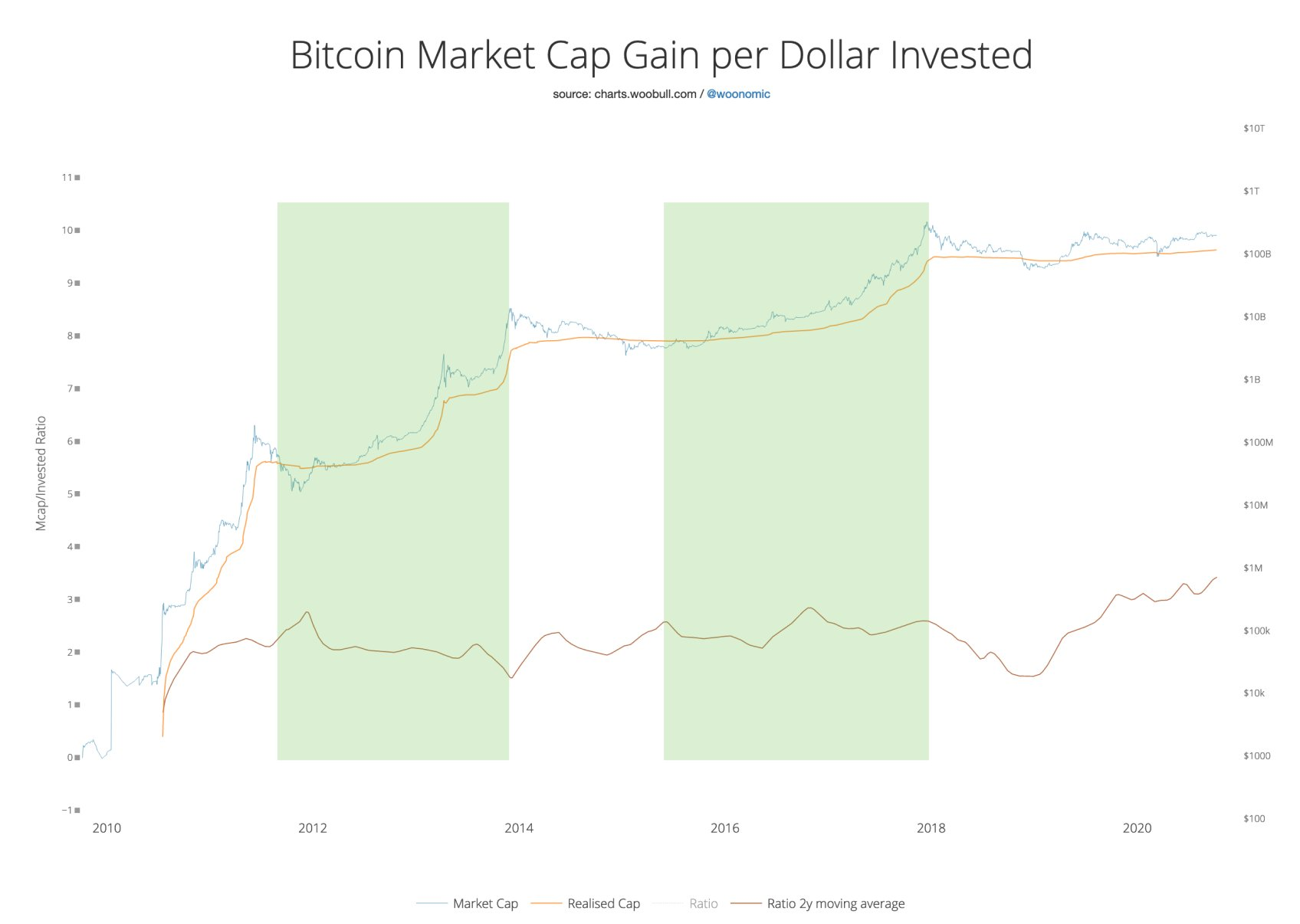 As you can see the ratio didn't diverge much during the previous two parabolic post halving bull markets.

So, how do we get bitcoin to a trillion dollar market cap?

(If $300 billion were to actually be invested, depending on how it was invested, it could push the market well past $1 trillion, the above was mostly said in jest)

The ironic thing is that just a few of the largest tech companies have more than $300 billion in cash on their balance sheets, and given the trend we are seeing lately, it might not be long before they start moving to bitcoin.