Breaking News: AAPL down over 3% on news it didn't buy Bitcoin

AAPL didn't buy bitcoin today and their stock went down 3%

The end result was their stock tanking to the tune of 3%.

It was an absolute blood bath out there for the non-bitcoin investor. 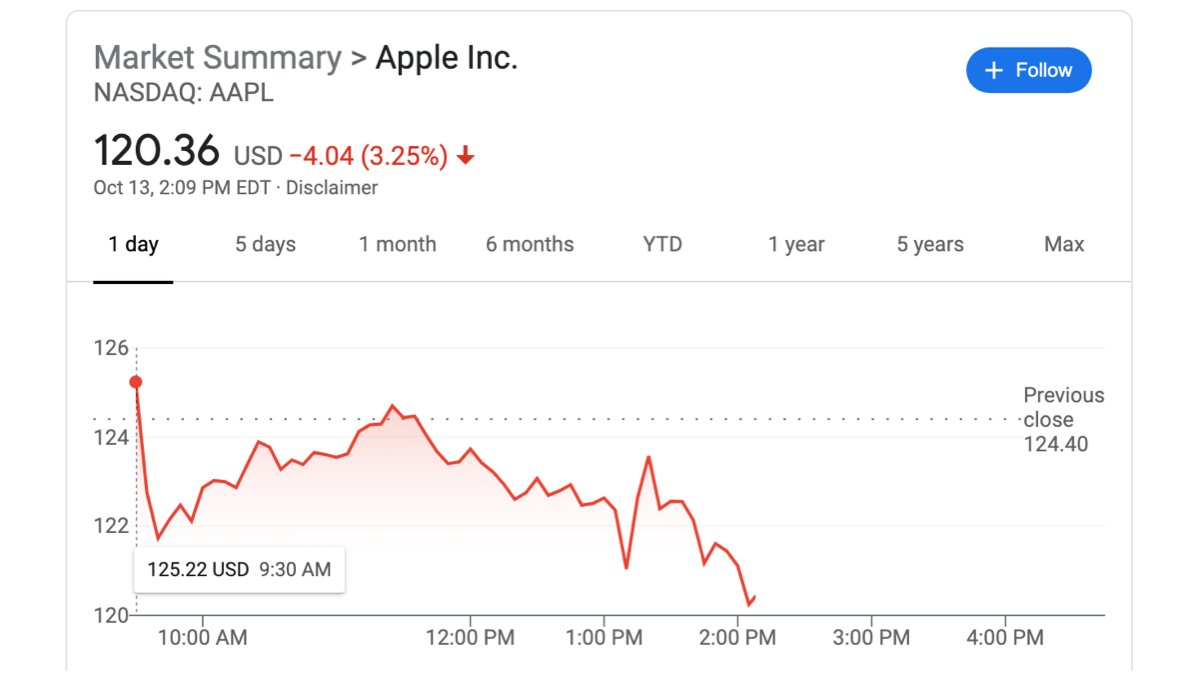 Shareholders were furious over the inability of AAPL to announce they were buying bitcoin today.

Especially after they see the returns that MSTR has been able to generate after they first announced they had bought bitcoin.

There are rumors circulating that some of the largest holders are demanding the CEO step down unless he buys bitcoin ASAP.

Not entirely a joke...

As you may have been able to figure out by now, the above is a joke.

AAPL was really down roughly 3% today, but it was inline with the other major tech stocks as today was a risk-off day in the markets.

Mostly due to the realization that it may be impossible to get more stimulus done before the election.

That being said, it's not impossible that something like what I described above could actually happen...

As it stands now, there is more than 10 publicly traded companies invested in bitcoin with the total invested amounting to more than $6 billion at current prices: 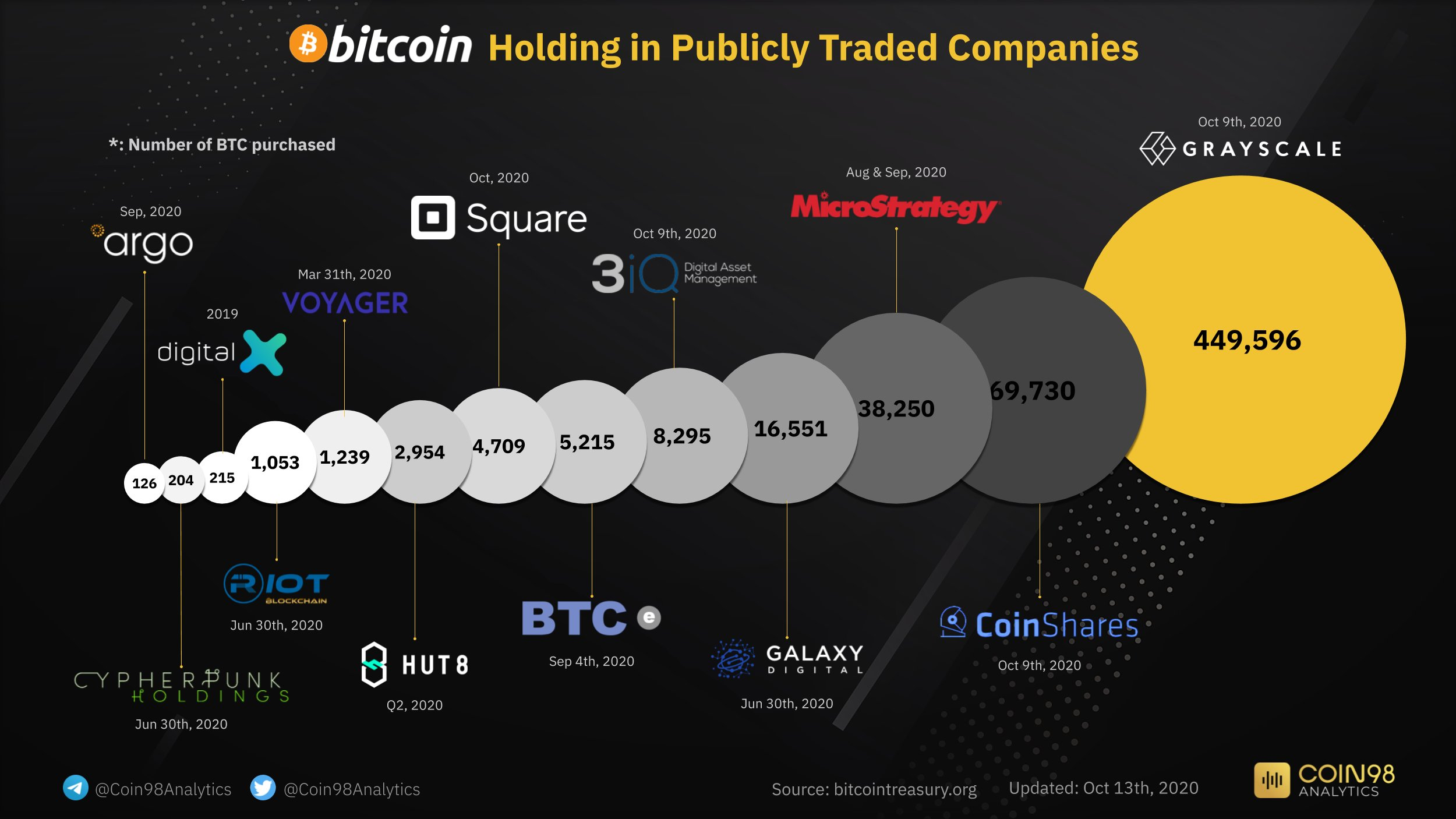 And this is probably just the beginning.

With shareholders looking at the outsized returns MSTR has generated since buying bitcoin, it won't take long before they start demanding it from their companies as well.

Will they put their entire treasury into bitcoin? Probably not, but they could very easily follow the path laid out by Square where they invested roughly 1% of their assets into bitcoin.

The genie is out of the bottle at this point and the next 12-16 months are going to be very fun for bitcoin investors.