Throughout bitcoin's history, albeit a relatively short one, its had an uncanny ability to repeat these boom and bust cycles.

It is mostly related to its halving events, which happen roughly every 4 years, as well as human nature.

There may be some miner/exchange manipulation thrown in there as well to top things off, but much of it revolves around the halving and regular old-fashion human behavior.

Anyways, today I took a look at bitcoin's current MRVRV ratio just to see how it compared to where things at this same time frame after its last halving event.

Surprisingly, or not surprisingly at this point, it literally is pretty much the exact same ratio that it was 4 years ago. 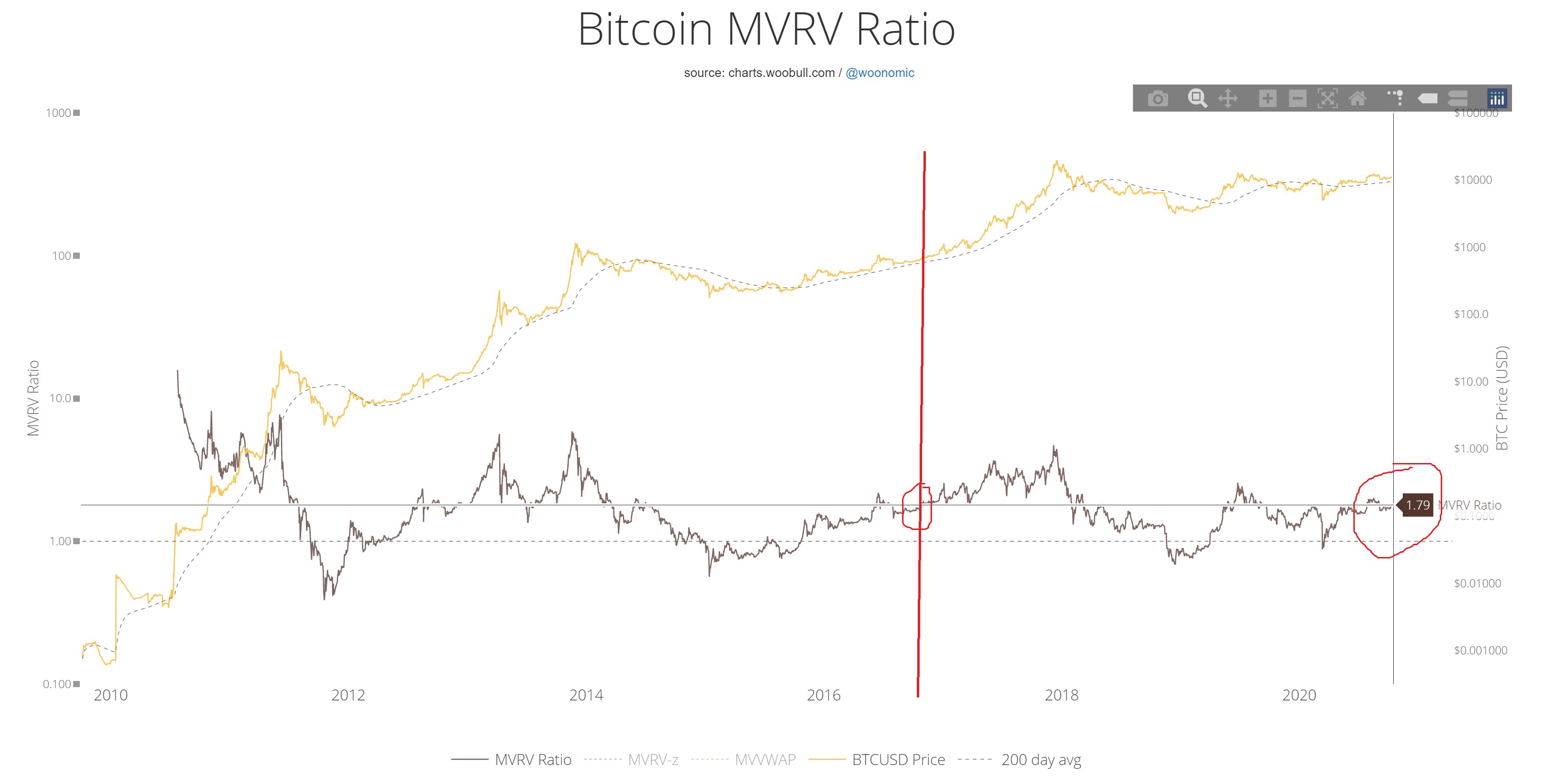 As you can see, the MVRV ratio is currently 1.79, which is also pretty much exactly what it was 4 years ago from today.

Cool! So, what is MVRV and why does it matter?

The MVRV ratio attempts to calcuate how much of an impact new money coming in has on bitcoin's market cap.

This multiple is exactly what we saw 4 years ago, pretty much to the day.

If the same outcome were to play out again here, we could expect bitcoin to trend higher for the next 12-14 months.

Taken by itself this one metric doesn't mean a whole lot, especially when you can clearly see that bitcoin has traded with a 1.79 MVRV many times over the last 10+ years.

However, when you add it to the other overwhelming evidence that bitcoin is again repeating the same pattern it did on two other post halving occasions, it's another feather in the cap.

And this is all repeating while the hashrate continues to make new highs after new highs: 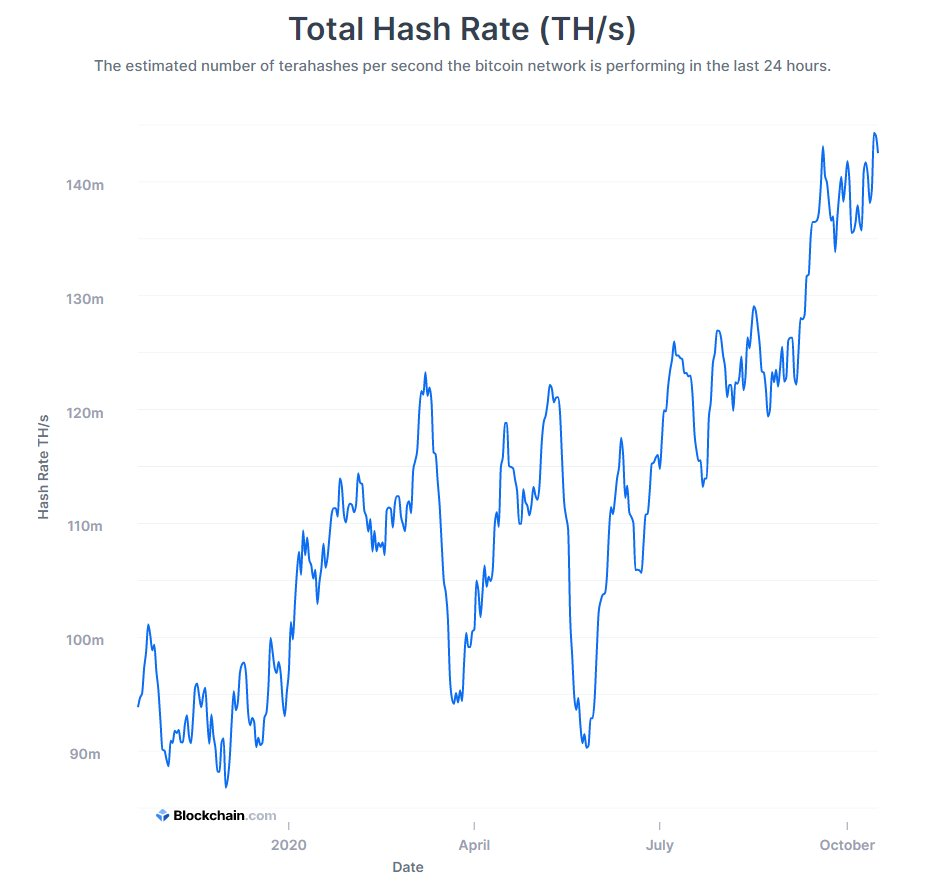 As far as I am concerned, I am yet to see anything at this point that leads me to believe that bitcoin is not going to repeat a similar parabolic rally that peaks significantly higher than the previous all time highs and does so roughly 12-18 months post halving.

Literally everything is lining up for it to happen yet again.

Hopefully it drags our favorite altcoin along for the ride!