The silver lining in the wLEO Uniswap hack... and vote LeoFinance for Witness!

It's never a good thing when someone hacks you and you lose money, but there are some silver linings...

On the surface, having the wLEO pool on Uniswap hacked is a bad thing.

The hacker was able to create wLEO out of thin air, swap that wLEO for Ether and then send that Ether to non-KYCd wallet addresses on Binance.

The ends result was roughly $120k (at least) worth of value was stolen from wLEO liquidity providers.

However, there is a bit more to this story, most of which hasn't been written just yet.

In something that has never really happened before LEO or LeoFiance,io or wLEO.

It's getting some national news coverage. 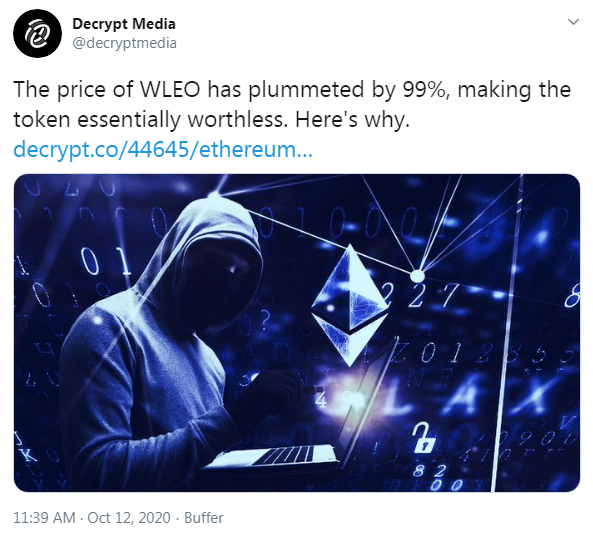 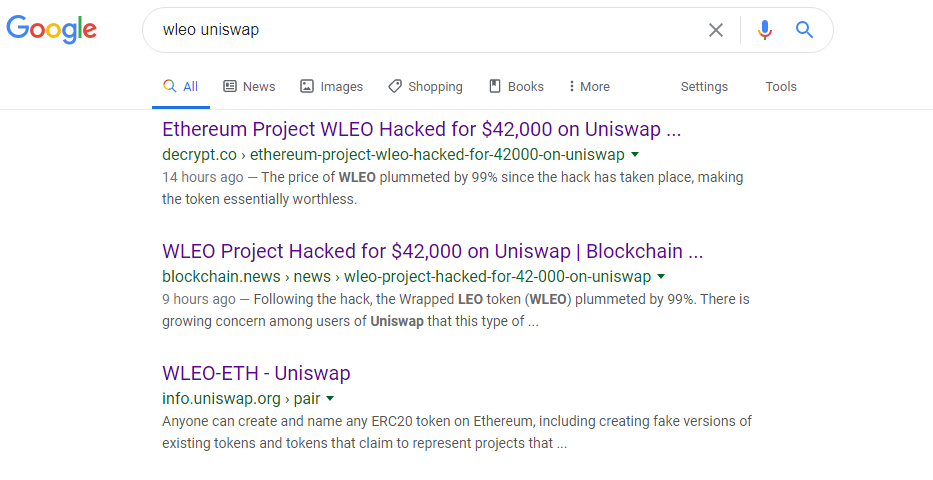 The actual write up in Decrypto can be seen here:

The actual content of those news stories is less important than the eyeballs they attract.

What this means for LEO going forward...

Plain and simple, this could end up resulting in more users for LeoFinance.

It may sound counter-intuitive and a bit silly, but it is entirely possible that this brings more people to LeoFinance than would had been here had this not happened.

The ad revenue is funneled back into LEO via a buy and burn method that removes supply and puts a bit in the markets.

The other potentially good news is that if the LEO team can learn how exactly this hack happened, they can eventually re-launch something with immensely more security than they had previously and potentially more securely than other projects launching on Uniswap.

Basically it could be one of those things where the hack was the cost of education.

This becomes more of a get if the wLEO liquidity providers are eventually made whole as the most likely only eventual loss is a slight increase in supply.

Though perhaps we could create a proposal to compensate wLEO liquidity providers for whatever the LEO team cannot cover.

I mean with all the other crap that has gotten funded since inception, this one actually seems like a decent use case, a sort of built in insurance pool.

Something outside investors would look at as some added security to their investment.

That or perhaps we can at least get LeoFinance funded like a top witness, which would only help...

Go throw em a vote if you haven't already.

Anyways, the bottom line is that yes this news was bad but it doesn't have to be a project killer and in a round about way, it may have some positives emerge from it as well.

Hopefully you were able to snatch up some sub $.10 LEO on Hive-Engine yesterday, it may be the lowest we see for a while.