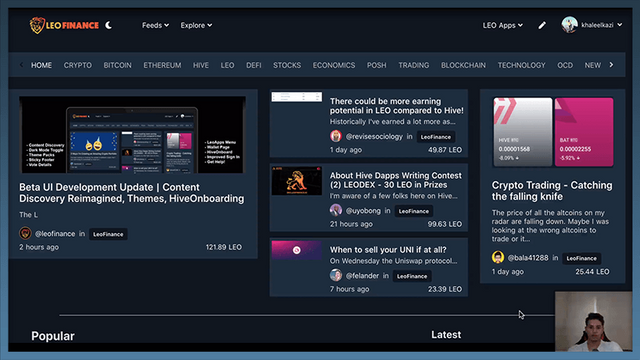 After we posted the official development update from the @leofinance account about all the latest integrations and upgrades on the LeoFinance Beta site, we were talking in the curator chat about how long the post was.

Since I seem to have a superpower for text length, Neal recommended that I make a video version of the post for anyone who might not want to sit down and read it.

In this video, I do a live demo walkthrough of the features we added in the past week to the new UI. I also give some more insight into our thinking for each feature, where the feedback is coming from and the overall process as new features are designed and rolled out.

I attempted to keep it short, although the finished video came out to 18 minutes. Hopefully I kept it interesting enough for you to stick around see all the cool stuff we've added and hear about the future plans into the next week and beyond.