Why RUNE Has Become One of My Major Crypto Holdings 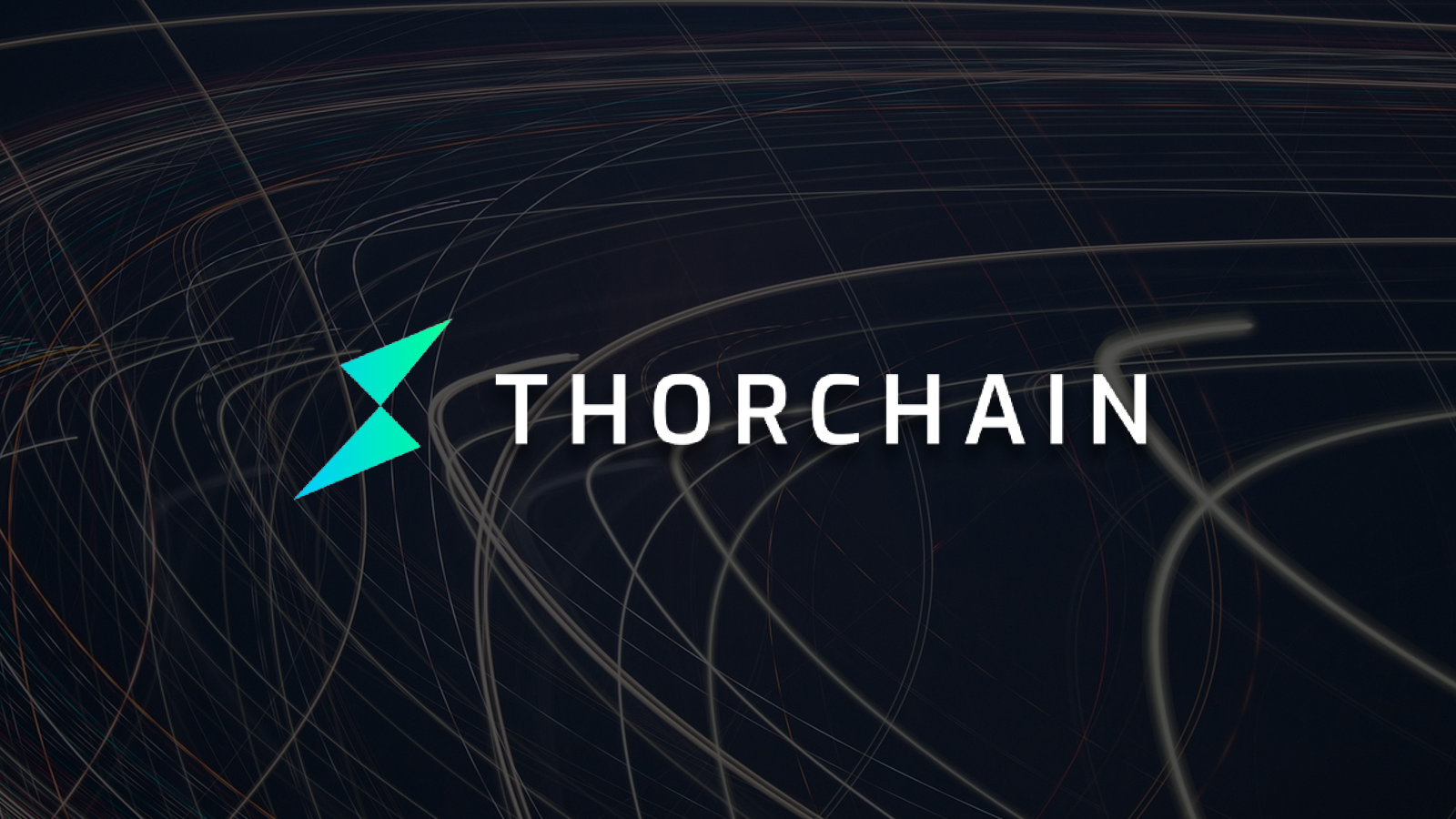 I spend a lot of time in crypto (obviously). Most of my time is spent working on stuff for LeoFinance - developments, designs for future developments, community building, social media management, project management, etc. etc. - but posts about my personal investments in the broader crypto space have taken a back seat.

I chat on Twitter a lot with different people both in and out of the LeoFinance community. There's a lot of knowledge here and tapping into it is a wise thing to do. In fact, it's one of the many core values that I think LeoFinance holds: community brain power.

I invest in 5 cryptocurrencies primarily:

Thorchain (RUNE) has been on my radar for a few months now. Earlier this year, @shanghaipreneur, @jk6276 and @nealmcspadden continually talked about RUNE and how they were investing in the project based on fundamentals for the long-term. I didn't have much time then to research the project deeply, so I threw a few bucks at it betting simply on the idea that if those 3 liked it, it must be something special.

I bought RUNE initially around $0.50 I think. I sold some when it hit $0.75 and took a nice profit. Again, I didn't know much of anything about the project outside of some quick takes by those 3 over Discord/Twitter. A 50% profit is something I can live with.

More recently (the past 1-2 weeks) I decided to add RUNE to my long-term crypto portfolio. Making it the 6th cryptocurrency on the list you see above. These are the cryptos that I'm HODLing for the long-term. The 1-5 year+ payoff (which is quite long in this crazy world called crypto).

RUNE is an interesting project. One thing that drew me in was the fact that it was multi-layered. One of the litmus tests I go by when investing in something is how many layers I find in it.

If you peel back one layer of the onion, does another reveal itself? Are there deeper and more interesting rabbit holes to find the more that you research a specific aspect of the project?

RUNE passed this test with flying colors. Every time I learned about something within the Thorchain project, I found six more things beneath it that were also fascinating to learn about.

@jk6276 has written several posts on LeoFinance about the Thorchain project. I've read these posts and I often find a link or two out to something interesting - again, one rabbit hole leads to another.

Recently, Jk wrote about the release of Chaosnet - a major step forward for the Thorchain project. In this post, he talked about a few aspects of this release and his early experiences with this version of Thorchain. The rabbit hole came into full effect when I read the words "incentive pendulum" mid way through his post.

"Some early LP providers have lost money. As the caps were raised, the pools actually took funds out (from the pools) and gave them to the nodes. This is a design feature that is unique to Thorchain I think, as its economic design relies on an "incentive Pendulum" that tries to ensure system income is split 2/3rds to nodes, 1/3rd to LP's." - Jk

Say no more sir! I saw his link out to the Thorchain resource regarding Incentive Pendulums and I was off to the races. Reading about how the Thorchain network automatically rebalances capital allocation incentives in order to properly reward node operators (people who secure the network) and liquidity providers (people who provide an efficient marketplace for the network). It's truly fascinating stuff.

This is just one example of how Thorchain lived up to the hype in terms of being a great source of endless rabbit holes.

I will definitely continue to write more deeply about different aspects of the Thorchain project that I've enjoyed learning about, but I'll leave this post off with a quick show of how I've been averaging into a long-term RUNE position: 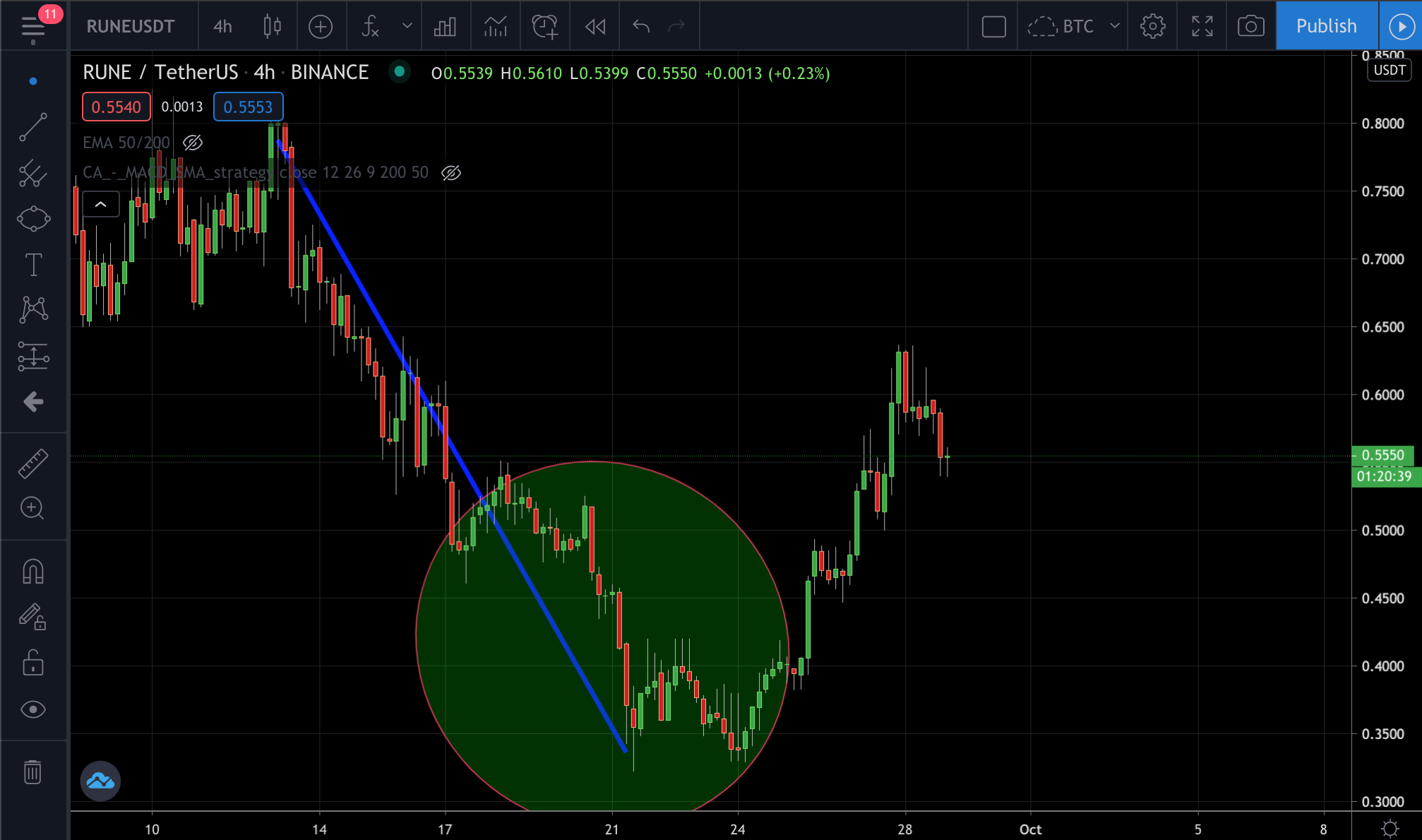 DeFi recently took a dump off of its all-time highs. While Bitcoin has remained pretty steady, altcoins have been hit really hard. A true buy the fucking dip moment occurred recently which led me to buy heavily into a few DeFi coins that I liked for the short term.

RUNE checks the boxes for a short-term trade for profit and more importantly for the long-term prospect of being a project that actually functions - you know, with a working product? Those still exist, right?

I started buying RUNE as soon as it dipped below $0.60. That was my first signal to start averaging in to my long-term position. While the alt markets dumped, I was filling my bags like the seasoned BTFD'er I am.

I'll be pretty transparent here. These were the two more recent buys that I made. I got in at a solid price on these, but I am true to my word when I say that I bought on the way down.. There were obviously more buys in between, but my first buy (on this recent dip) was much higher:

The Best Advice I Ever Got:

You see the difference between these buys that I've posted above. The first one - when RUNE was $0.593 per coin - was for 1404 RUNE. The key to my style of accumulating is that I stay small at first and get heavy as the price continues to drop. From there forward, I bought more RUNE as the price fell all the way down to $0.334/RUNE.

You'll notice that the buys get a lot heavier. As the price dipped further and further, my buys got bigger and bigger. It's pretty simple, actually. You stay small so that you can trade often and increase your size. If you believe in something for the long-term, then buying non-linearly on the way down makes a lot of sense.

Buy small and buy often. You really can't go wrong with that strategy. What's the worst that can happen? The price reverses and moons before you have the chance to buy heavy? Okay, you still make money... you just don't have as big of a position as you would have if the price tanked.

Don't regret what you could have done. Just make the best decision in the moment. Smaller decisions tend to make this goal of not having regrets a lot easier.

RUNE pumped all the way back up to $0.62 today (marking these latest trades as nearly a 100% gain for me). I closed one of them at $0.52 and another at $0.60. Taking profits on the way up never hurt anyone either. While I am accumulating RUNE for the long-haul, I'm also not overly greedy (most of the time). If something's up 50-100%, I can't help but take a little profit.