Wrapping up the 64k Post and new community idea!

Hello LBIer's, today we going to look into the 64,000 character post that I've been trying to promote for the past while. I have posted about this 5-6 times so my guessing is whoever wants to be involved is already so we move to plan B. I've gathered the info I need and know :) 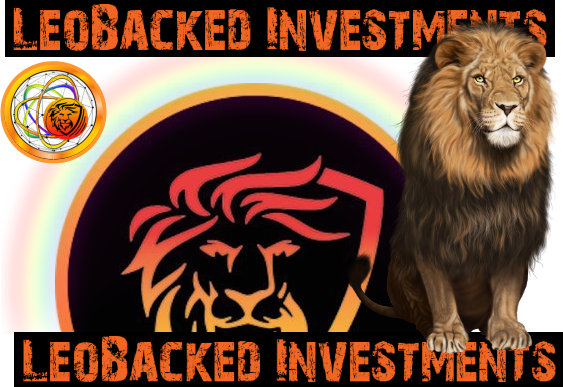 If your name is on the list below, thank you for leaving messages to be added and donations of LEO to be burned. Some people might have left messages and no donation, im sorry but I dont have the time to filter through old posts, hunt them, users, down and remind them. If your in, your in and if your not. There are 14 users below plus the LBI content team of Hetty, Task and SSUK giving us 17 people in total. I think between us, we can do this ourselves.

If you're named above, please click this link and join the LBI discord server. I have set up a temp channel named "64k post drafts". You are welcome to rewrite your message with no limit to words. The 14 users above are free to rewrite messages to whatever word limit they want, the LBI content team will fill in the rest of the 64,000.

14 donations were collected and there were prizes for top donators. A total of 31 LEO has been burnt, it's only a small amount but now that small amount is gone forever thanks to the donations.

Below is a snap to show the LEO burn and confirm prizes have been shipped :) 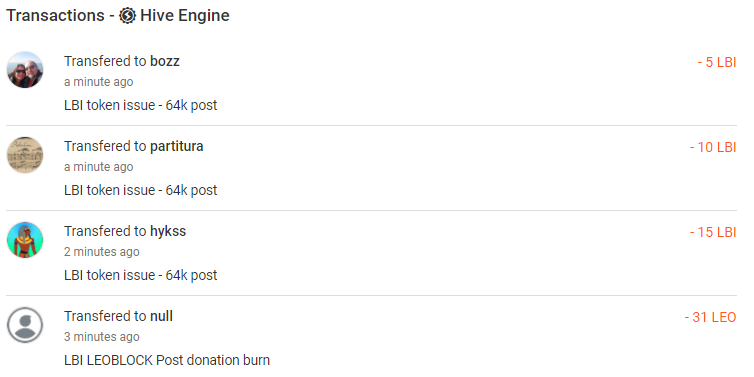 LBI is set up to make LEO tokens. The goal is to take your LEO tokens and turn them to more LEO tokens. That's the primary reason we are here but we are a large crowd collectively and have the power to make small impacts on peoples lives for the better. We all know that big charity is a scam with 60%+ of donations going toward employing people to collect donations and paying for TV promotions, celebrity endorsements, CEO's salaries, etc. This puts a lot of people off helping others. I mean, I'll drop a few quid into a homeless guys cup from time to time but I'll never give money to someone giving out stickers. Those stickers cost money and so does the person giving them out. Cut out the middle man. Anyways, they say charity starts at home and that's the type of thing I can get on board with.

I was talking with a user called @unorgmitia and a few other guys yesterday in the LEO discord server and we were talking about a new social blockchain that released recently that was app only, so only android and apple users, no windows. I was saying it would flop cause how can someone write a full blog post from a mobile phone. The keyboard is to small for writing 1000 words posts, the browser is too shit to do fast research as you only get 100 words onto a mobile screen, there no programs, just small apps and running out of battery would be a concern. I was told a lot of HIVE users used mobile-only because they dont have PC's are Laptops.

There has to lots of people out there on LeoFinance, people that are on the grind and trying to make something for themselves. I remember that grind, I started my crypto grind about 4 years but if I had only a phone, I would have been very limited to the things I did and that got me thinking, there are probably a lot of people being held back because they can't get a PC. I understand a lot of people might prefer a mobile but im sure there are plenty who are using a mobile and would prefer a PC and they are being limited to what they can do for the community. They have the drive but not the tools.

PC's cost money and not everyone has money but some of us have a moderate amount of money and a few of us have a lot of money. We all make free money from LeoFinance by converting words into LEO tokens are curating, some of us are paid more than others for their words but we all get free money. Remember when LEO was trading for under 10 cents and now it's trading for over $1? and the free CUB airdrop we all got a few weeks back? HIVE is up 50% for the week and the crypto market has been pumping for the past 6 months.

Do you believe in "paying it forward"? It mirrors a Ponzi scheme but our ROI is satisfaction instead of monetary. 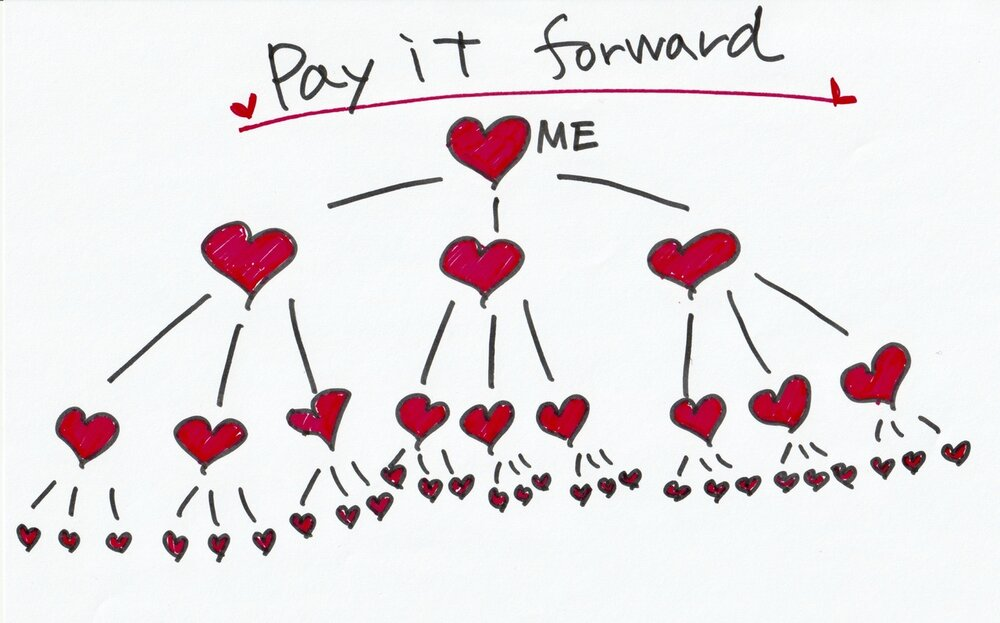 How many people would donate $10-20 to something like this to help get a fellow Lion off the ground? How many would give $2-5? How much would we collect from post rewards? (donation post) $50+ easy? It would not be hard for a bunch of us to collect up to $500 and make that change happen for someone. If we collected $1000, we could help 2 people. If we made this a bi-yearly thing, we could help someone every 6 months.

Just an idea, any feedback?

$500 will not get a top-end machine but it is enough for the option of either a decent brand new home PC are laptop. I sometimes forget that people in different countries have things much worse than me. If I want a new PC tower, I sell 1000 HIVE and buy one. I have HIVE because I used to post a lot and I've never had to sell any to pay for bills, food or medical expenses. I know roughly what I've made from STEEM/HIVE/LEO/SPI and giving a little back to help someone that doesn't have the same privileges that I have is a nice feeling and sends out positive vibes. Leo community users fundraise and giveaway Laptops and PC's to less privileged users. What about that for Twitter marketing?

Now think of what you've personally made from HIVE and the help and support you required from other community members when you first joined. What's $10-20 in the big picture of things? Prob, not even a drip. Not very much at all but a few $20 from here and there soon add up to something that can do something for someone.

People that have already committed to a donation

You might think the whole thing is a stupid idea and if you do, this post is not targeted toward you.

Will LBI purchases ever be automated? I sent some LEO but it’s been about 48 hours and the corresponding LBI hasn’t shown up yet.

Not a huge deal in the long run I guess.

Well there is no long run I guess because the LBI is being capped ( if the proposal passes ) .

Will LBI purchases ever be automated?

Hey I guess you replied to the wrong person.

Little hands make light work they say are something like that.

Thanks for your support

No, I thank you for the support :) I'm here just to have fun with you guys :P

I am totally okay with helping our users . I will donate as much as I can .

Awesome, i'll get the proper post out next week. Thank you for your support

Charity is important , both for marketing and for humanity ;p

I see you left your mark 😀

Thanks for the notice! Now I have some homework to do!

You can change your message to big it bigger are keep it as is, no stress

Thanks for the notice!

I am fine with participating in any of these donating events. It won't be much but I will always give something. I'll try to free up some time over the weekend to help out the the 64k post, but it is quite sad that we didn't get as many people to join in.

Its ok. With any sort of community there are only ever 1 in 10 that do anything. Taking part in a small way is 100% better then not taking part at all.

Thank you for your support my man

You are doing good
keep on

Im so excited about this. Crypto space is just getting bigger and bigger :D

Yep, it's like a rush of blood to the head 😏

Sorry, I didn't do the other one but I'm in to donate for the idea you have!

That is a great idea; giving something back is hardly ever a bad thing. The only problem would be if someone would abuse the good will, but I trust karma would bite them in the ass. Little by little donations I think we can make it happen; I would only suggest extending the time line: one post could be easily missed, trying to get this going for a couple weeks or more could bring more awareness. And now, off to join that server and plan to contribute to that block!

This is an amazing idea what I really like. And even when I don't have much ... I would help with a small donation

I'm trying to understand what to do.

I am willing to render my support but need clarity on this idea. Thanks in anticipation of your response

Helping people is the best thing I can do with my crypto earnings. I will do my best to contribute to this noble cause! Great job LBI team. 👍

Thanks for the info.. i learned new things bout crypto again..

Another great idea from the LBI team and great to see such initiatives and use cases for LEO Finance. Keep it up with such creativity!

Yea, if we help a few poeple out at little cost, why not

@lbi-token what an awesome idea sir....

Hey @silverstackeruk
I would like to request a support for lbi-token issuance. I did send 5.5 Leo on 29th and haven't received any lbi-tokens. Could you please see to it? 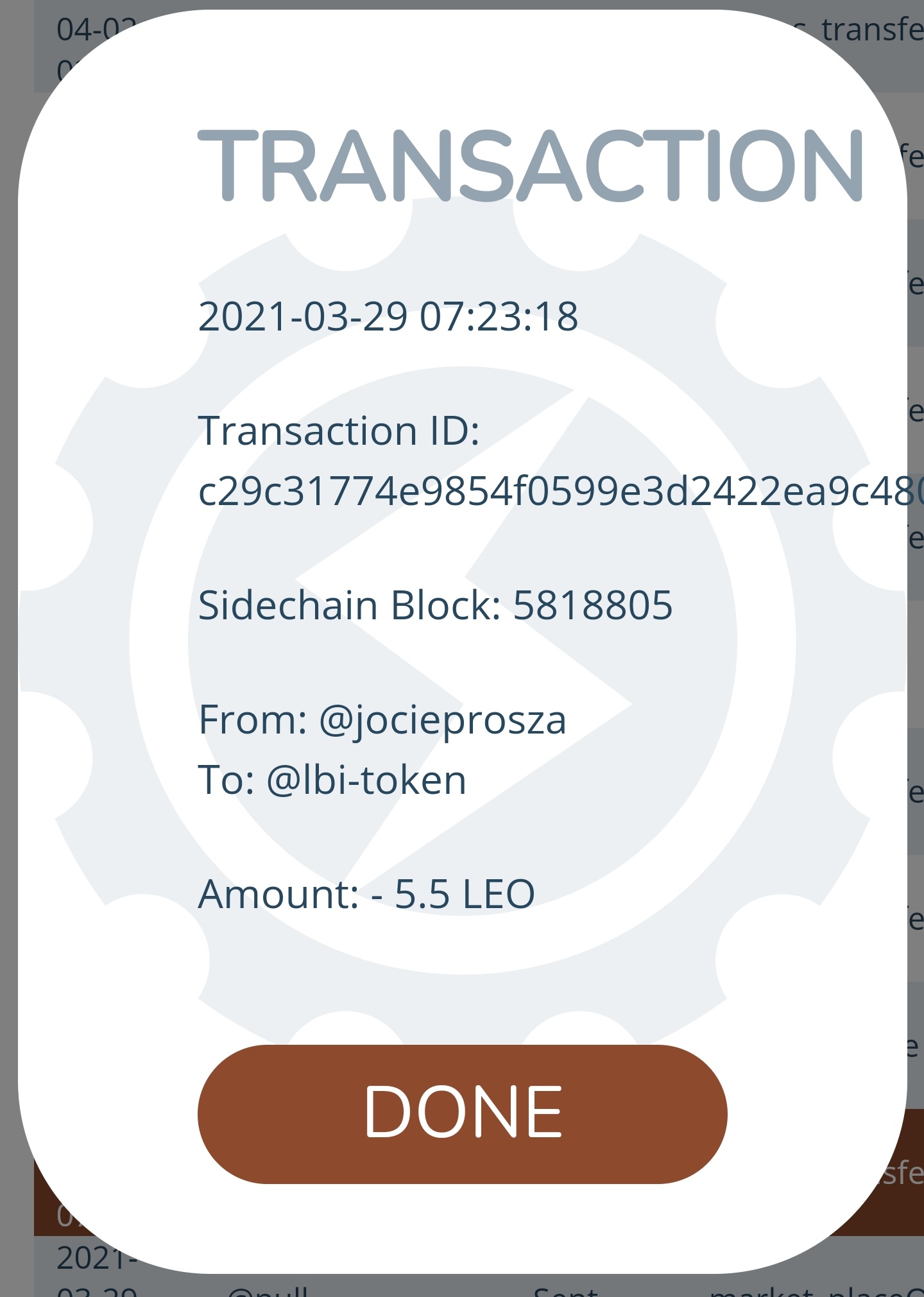