You want to buy some HIVE but you can't afford it? How about some free HIVE then? A...GBYTE story...

Two years ago, one of the weirdest...most amateurish and at the same time easy to be gamed airdrop happened. Can you guess where? On Steem of course...

I've seen and also been part of many airdrops, but this particular one was...a joke, to put it nicely...

You see, project owners who want to attract more eyeballs on their project usually airdrop a few tokens. So did GBYTE. They chose Steem blockchain and decided to airdrop their tokens to Steem users which was a great idea.

Usually not everyone is eligible for the airdrops or at least there are a few requirements which make the whole procedure a pain in the ass for manipulators and abusers.

And that's because they chose to airdrop their coins solely based on the reputation score of each STEEM account. Not their SP...not their activity...not the date they joined...NO...just their reputation score...

Obviously what they din't know is that if there's one thing that can be manipulated more than anything else is that very number. A number that is bound to the author rewards one has. To put it simple...If John and Mary created their accounts the exact same date and after a month John's author rewards are $500 while Mary's $50, then John's reputation score will be higher than Mary's.

So what they did was this:

One could have immediate access to half of these coins through their Byteball wallet, while the remaining half would be locked for a year in a sub wallet.

And what's wrong with that strategy ffs?

What is wrong? Everything's wrong. If I create an account make a few shitposts and then bid bot the shit out of those posts my reputation score will climb to 60+ within hours. What the blockchain sees is that 7 days later my shitposts earned $300 each. It doesn't matter if I had spent the equivalent in STEEM or SBD or if I made a profit or even if I had a loss. And don't tell me about downvotes and such...There were no such things in 2018...Trust me I know.

The trending page was a circus. Full of bid boted posts that nobody was giving a shit about. Usually low quality posts...or even a single photo...with potential payouts hundreds of dollars. Sad...so sad.

Ya...OK...so why would manipulators even care about reputation scores and all that?

Still don't get it eh? To receive the GBYTE airdrop..many...many times...

There were cases where they created dozens of accounts and with the very same strategy I explained above they managed to have...dozens of accounts eligible for the airdrop that took place on July 16th 2018. If you still don't get it have a look at GBYTE's price back in the day... 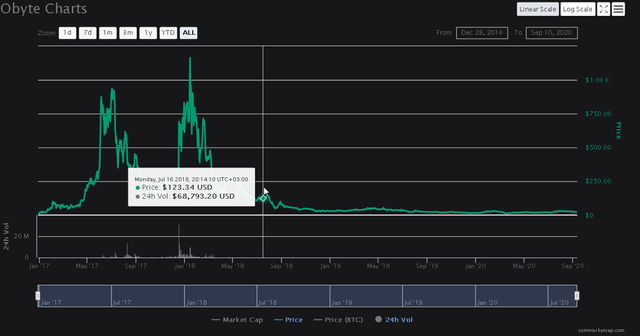 Anyway the reason I am writing these lines is to remind you that you might wanna visit your Byteball wallet...which is renamed to OBYTE and check if you have any GBYTE tokens in there.

That's what I did. Found my Byteball wallet sitting in a dark corner of my hard drive and decided to check it out. I had forgotten it even existed, let alone about possessing coins and such.

So double click on the wallet and I get this... 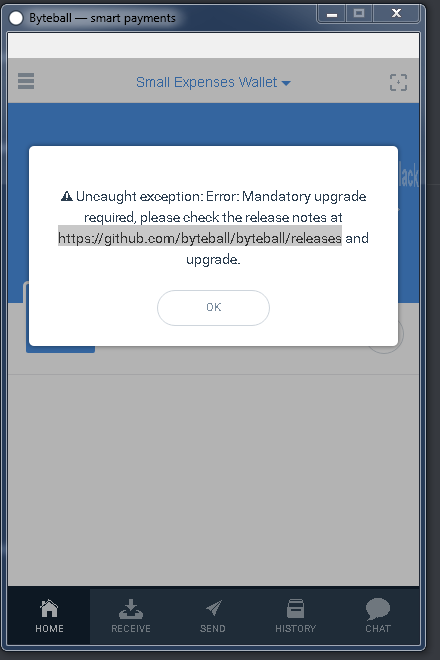 A little bit of chit chat with @themarkymark who helped me understand what I should do next...downloaded the new version V3.2.0 and voila... 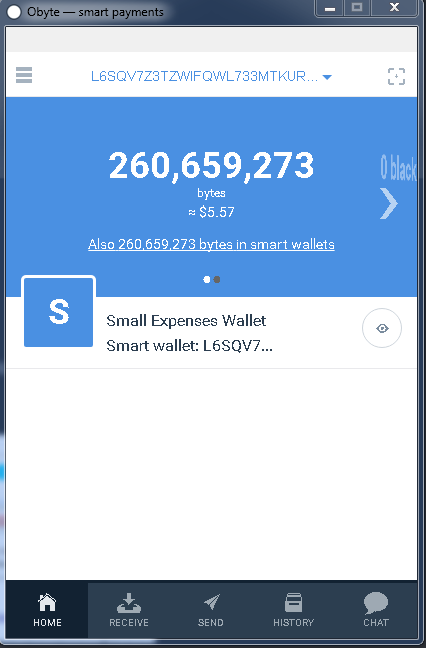 Ps. You can't transfer the bytes from the sub wallet or "smart wallet" directly to an exchange. You must first transfer them to your main wallet or "small expenses wallet" and then to the exchange or else you'll keep getting this error.. 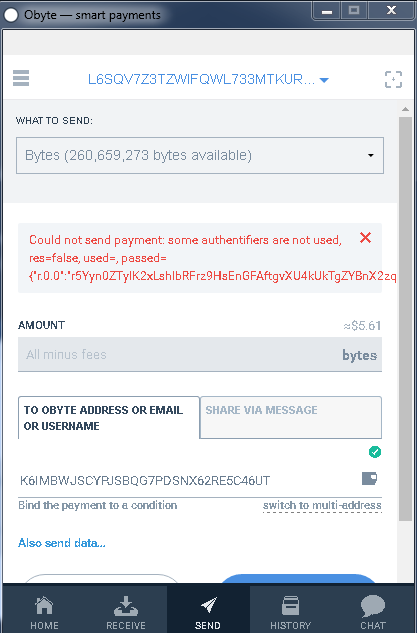 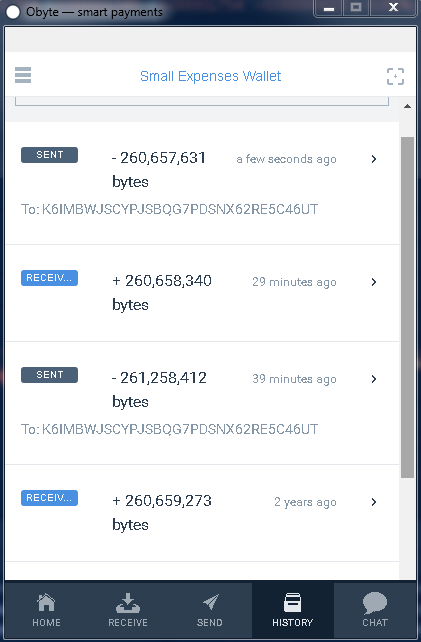 62 HIVE of course! Not that bad...You may want to check your wallet...

Have a good one people.
img
Cheers.