Building for the right path. 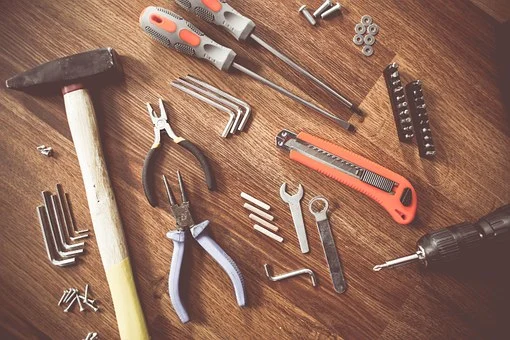 What are we doing it for?

Do you ever get the feeling that a lot of projects in the crypto world are building for the sake of building?

Just putting things together so that they can make an announcement or to go,

But when it comes down to it, the project is barley functional, not practical and nobody actually needs it.

I see a lot of crypto twitter shilling the next big thing or how they are the special one and yet they don't have a working project, with a use case ready for mainstream.

The biggest problem with development is that developers are very smart in a certain way. They have knowledge and skills that the general public don't have and don't seem to realize it. A lot of the time they are building for them and not for the people that they want to use the product.

You always have to look at the lowest common denominator, or in another way. Us, the stupid people. Technologically speaking anyway.

I don't have the skills to run nodes, type code, trade tokens, kiss the pope and all that to login in to anew account or app.

I want to put in my email, get a password and start playing.

I know that web3 is a different beast and after 4 years feel moderately comfortable here but that is four years ahead of any of my friends. It's still hard to bring any with me as the barrier to entry is too high.

Lately a few have joined splinterlands which is great and something that they can understand. A game with a simple login and rules to follow. No tech skills needed.

That is what we know more of. It wouldn't take much to bring millions with us but they need to have their hand held and the hard work taken out of it first.

The splinterlands rental market is a great example of this in my opinion.

I saw a post from jarvie about the first version rental market which i hated and couldn't use at all. Again as a three year splinterlands vet who knows the game. What hope was there for noobs.

He said that it was not a success and never got more than 16k in rentals or something like that total. I forget the exact figures. Poor returns for such a great idea. It just never took off and players didn't use it even though the idea is great in theory.

It was great in theory but was clunky, hard to use and not customer friendly in any shape or form. It wasn't built with the user in mind. The best ideas will fail unless they suit the people that will be using them.

Currently sitting at 320k cards leased at 16k daily with the chance to break 100k at end of season when demand peaked.

Since the latest market version we have witnessed unprecedented growth in the game as players now have access to the best cards for a fraction of the purchase price.

Even better we have access to the market in the game itself at a very easy to use interface as well as on peakmonsters with additional tools to make managing the rentals a lot easier. They built tools that take the hard work out of it and large holders jumped in with glee. They also added a whole new angle to gameplay as renting is a game in itself.

I love using the tool and adjust it every day. Not only that but it has created a new economy in the game as well as creating a use for thousands of cards that were sitting idle in my account.

For new users it's easy to rent a few cards and compete at a higher level. It's easy to see prices, markets, no tutorial needed to rent just click the right button.

That is a great tool in my opinion. Something that has a real use, is easy to use and has attracted more people.

If everything that was build was done with the same presence of mind then i do think that we would be at a far more advanced stage of the crypto development cycle.