I love buying BUSD whenever I want to make any trade on Binance because it’s my preferred stable coin on Binance. I used to love using USDT but the moment I heard they were being investigated for fraud(I think) I stopped using USDT and started using BUSD. 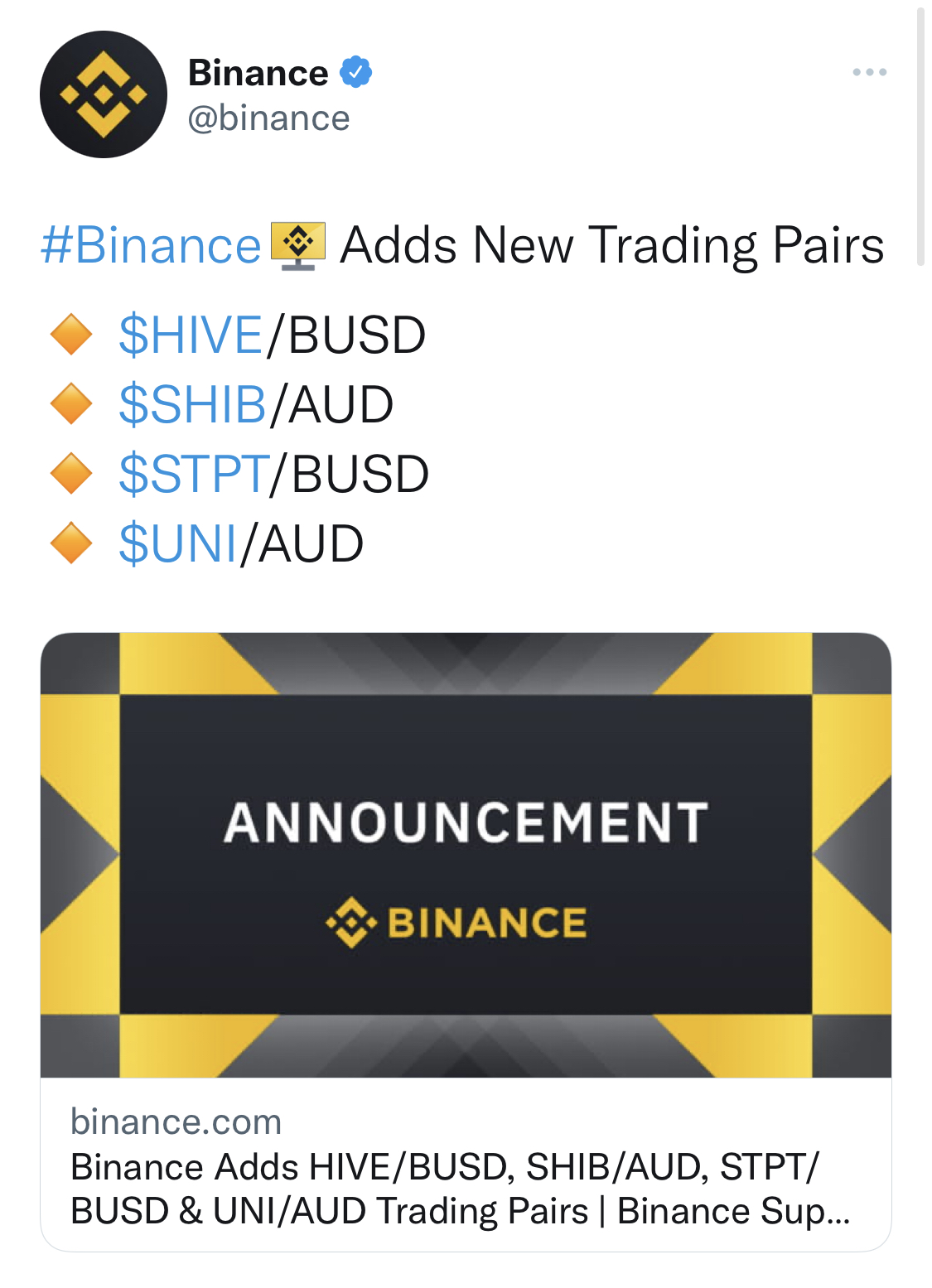 Hive is my most traded asset on Binance so am always trading it but I don’t like leaving my asset in USDT but unfortunately HIVE/USDT was the only pair(stable coin) that Binance had. Even when withdrawing Hive from Hive.blog to my Binance wallet, it’s still stressful converting Hive to USDT then back to BUSD. While doing the transaction I subtly wish there was a BUSD pair that would save me all these stress.

BUSD is the official stablecoin for Binance pegged to the dollar.

Few hours ago, Binance announced that the HIVE/BUSD pair would be listed. This felt really nice, if wishes do come through like this all the time, my life would be a lot more easier.

This just shows how much Hive is growing and the world is gradually noticing Hive and it’s potential. BUSD is one of the most used asset on Binance for the fact that it was paired to Hive means that Hive is making progress and it’s becoming a game changer.

Well am just here to give you the latest update regarding Hive and Binance. It’s a big deal for me, because it just made my trading of Hive easier and more convenient. We are going to see more recognition and appreciation later in future.

Hive which is a fork off steem’s blockchain had a BUSD and USDT pair on Binance before STEEM on Binance.

It’s ironic how this listing on Binance just came up shortly after I watched @theycallmedan and some guy called bytemaster on Twitter. Apparently his real name is Dan Larimer and he is one of the pioneers of steem. He believes that Hive is a failure and from obvious reason that seems like he said it out of jealousy. Seeing that Hive is completely decentralized and doesn’t need a leader. 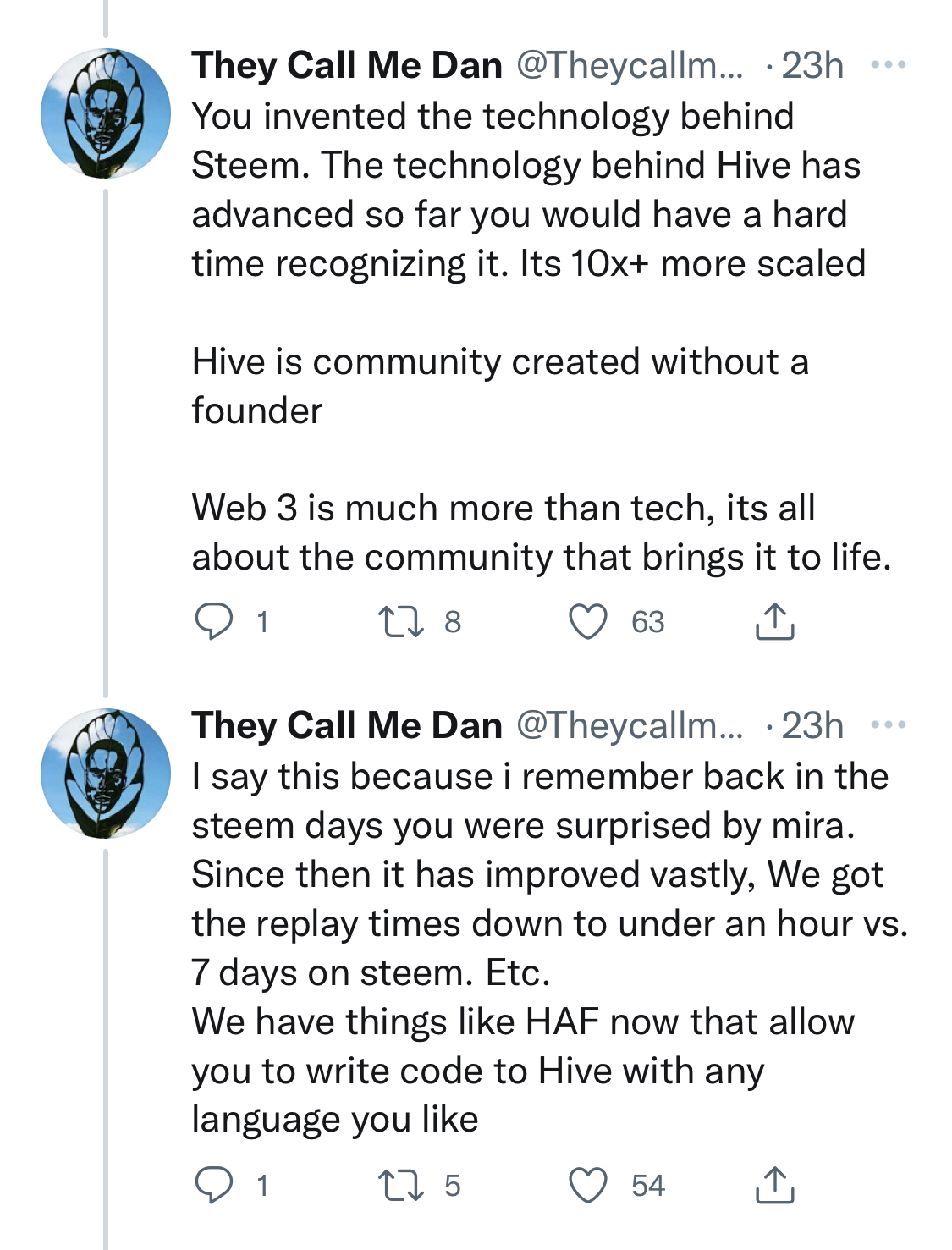 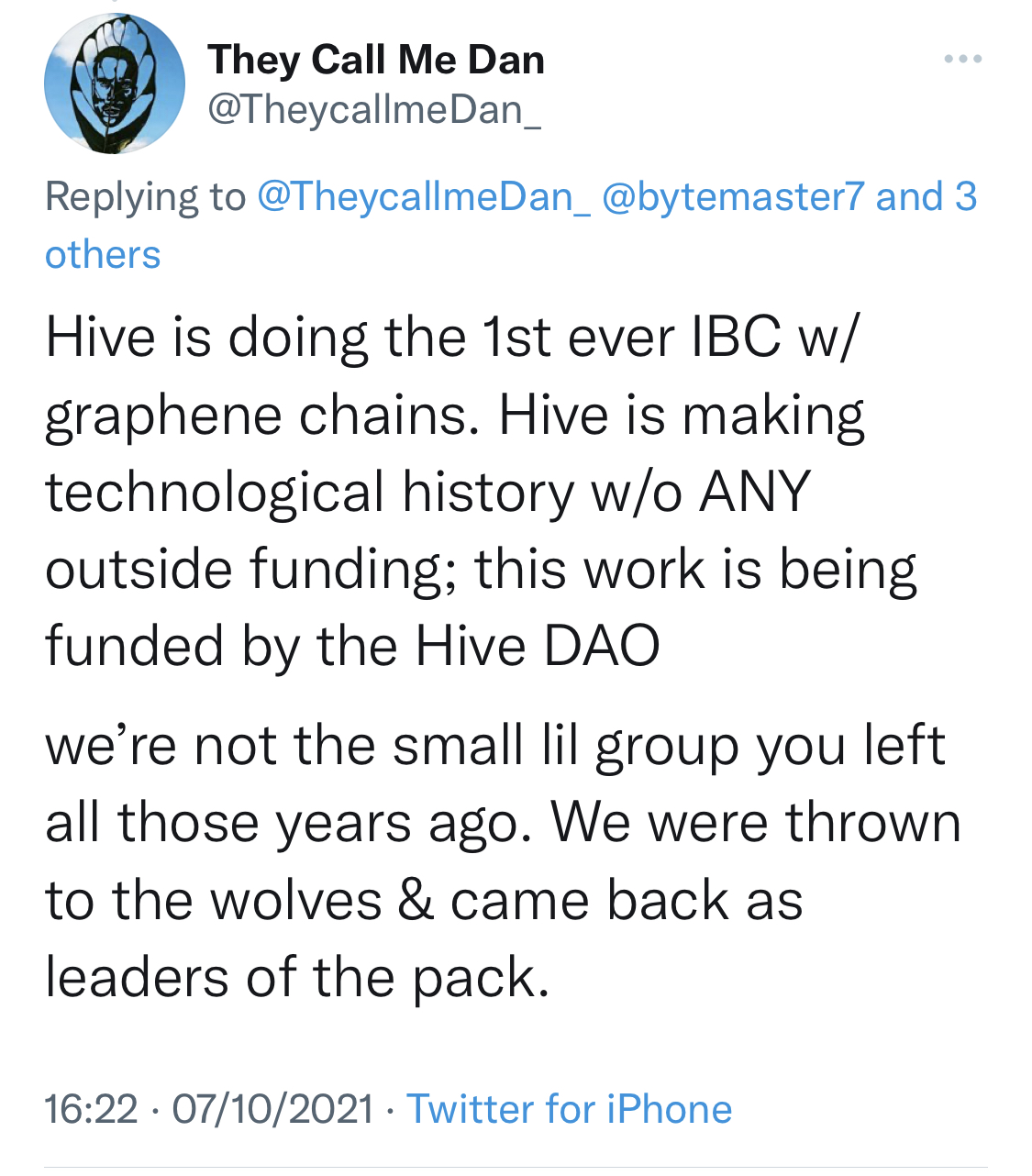 Hive keeps proving to the non-believers and doubters wrong.