Splinterlands Mistakes I Have Learnt From

Yesterday was the very first time in a long time on splinterlands I actually knew what I was doing. When I started splinterlands, I think I will be sincere by telling myself the truth, I joined based on FOMO. I saw lots of people blogging about making lots of money playing on splinterlands, I wanted to make money too so I rushed to play.

First of all I made the mistake of not asking the appropriate question which resulted to me opening an entirely new account @readthisplease6 because I didn’t know you could use your Hive account to log in on splinterlands. Few weeks later I found out I could use my @readthisplease to log in on splinterlands. I read how to play the game, but I didn’t assimilate it properly. I was in a rush to start making money.

While playing I didn’t know that I had quest to complete every day. Took me another few weeks to know that. I was playing haphazardly before without any directions. Finally knew about the quest and I started playing. Whenever I finish choosing my cards, I hit the “end game” button without waiting to see how the battle went. Sometimes I win but most times I lose all my battles. It took me just yesterday to realized that I have been playing my games like gambling. I had no strategy whatsoever.

For the past two weeks I had been losing so much I wanted to give up playing on solinterlands. I felt, just May be splinterlands is not for me. Because I don’t know why I would be losing and I still didn’t understand the game. Then I decided to go learn and read how to play all of over again.

Yesterday I finally understood the three major stats and that of the summoners on splinterlands. This is a must know for anyone trying to play splinterlands.

After that we have Cards with Melee Attack. So when you see cards with this chainsaw like thing close them, you should know that they give great attacks up close. This affects the way I choose my cards now. I choose cards with more Melee attacks now, for better attacks. Before realizing this, I used to choose cards with greater lives more and put them in front, disregarding if they were Melee, Ranged or Magic attackers. I didn’t follow the instructions that Melee attackers had to be on the front row.

We also have the Ranged Attackers next, this cards are not meant to be on the front row, but naive impatient me didn’t know that. I just place these cards any where without following the proper rules on how to play the game to win.

The Magical Attackers are my best, because I love it when they throw their magical fire balls from far, coupled with the fact that it affects your opponent’s life disregarding their armor. 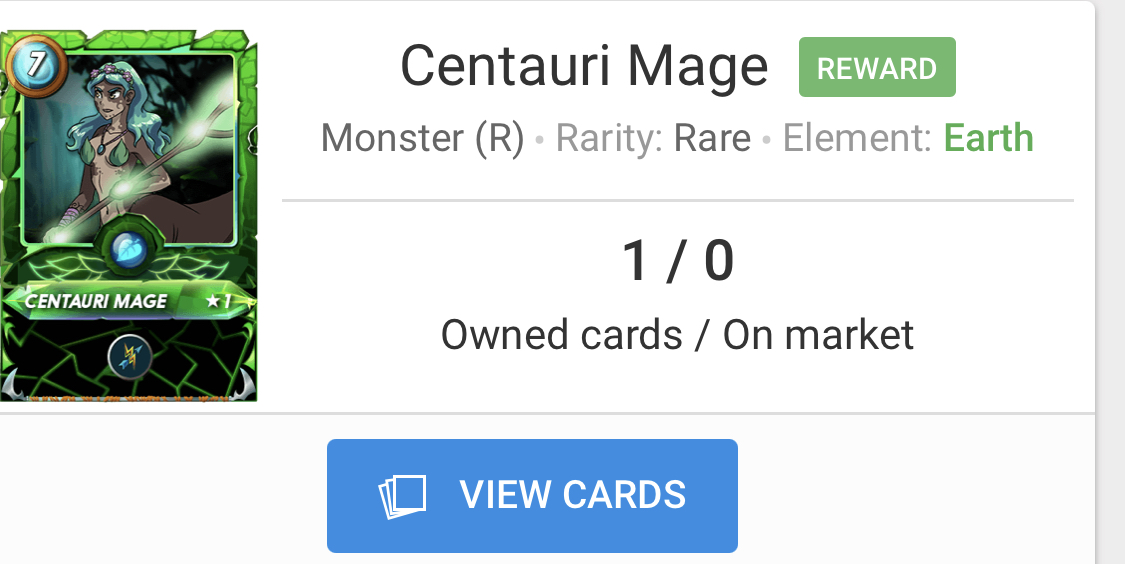 I found a very cool card yesterday, the card was so cool I had to go buy it. It’s an earth card that reverses any attack made for it. It’s like a counter for a magical Attack card. If a magical attack card attacks it with magic the attacks reverses back to the attacker instead of damaging the Centauri Mage.

It's actually not that easy to learn, lots of cards and effects, just keep grinding every day for a little bit and you'll get there!

Thanks a lot. We have to keep grinding