Why is Osmosis Doing So Well, and Will it Last?

Osmosis is a DEFI app built on Cosmos and offers the usual suite of DEFI related functionality - swaps, liquidity pools and IDOs (or whatever label you want to give them these days!) 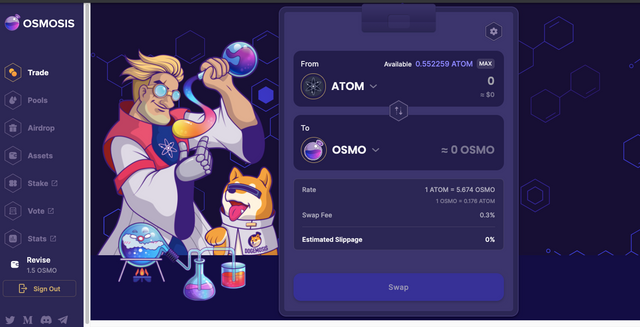 Osmosis has only been around for three months, and after a bit of a slow start, it has seen a recent surge in popularity, being one of the fastest growing platforms of last week in terms of Total Value Locked. 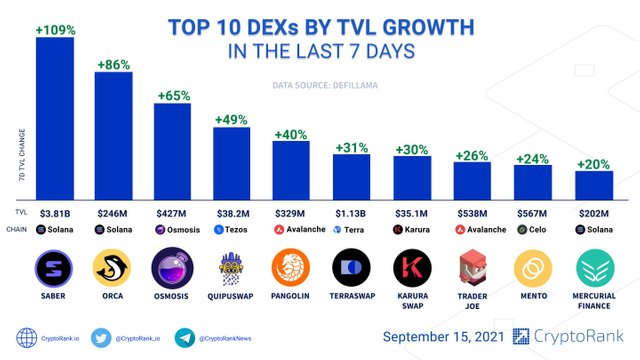 Users are rewarded in OSMO for providing liquidity and returns for doing so are pretty decent - ranging from 100 to 200% APR.

Osmosis also has a governance function, staking allows for users to vote on proposals which steer the direction the app takes - such as what shape future liquidity pools will take and how they should be incentivised.

Osmosis currently offers around 30 pools you can stake too, but only offers a limited number of tokens to swap and pool, those built on Cosmos, such as AKT and ATOM (in fact the only two I recognise), and pools are different combinations of these limited number of tokens, although there are plans to bring in a wider variety of pooling options, one such proposal being for a UST pool.

Another interesting feature of Osmosis is that you get three bonding time period options - one, seven or fourteen days, with a higher return the longer you lock up your tokens in the pools.

If you choose to stake Osmosis (OSMO) the lock up time there is three weeks, for a 180% return at time of writing.

The Osmosis price had been doing very nicely recently.... 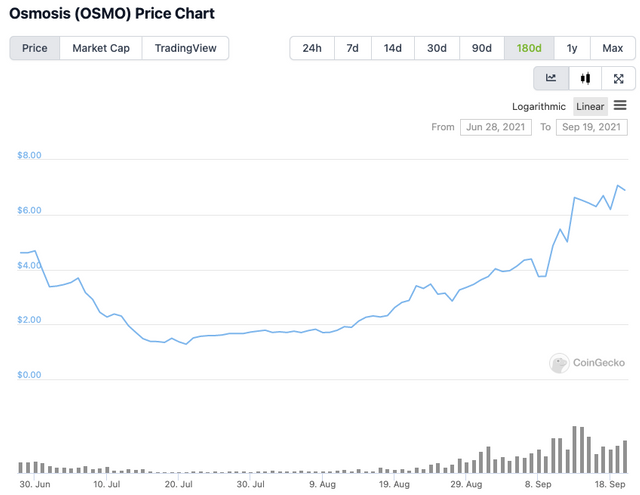 And no doubt this is synergistic with the rise of the ATOM price... 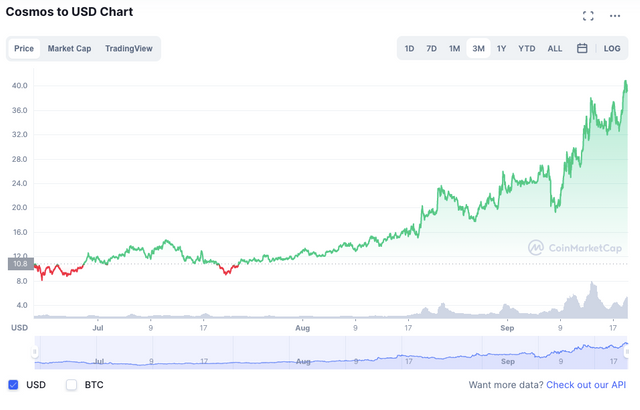 But why is Osmosis doing so well...?

I guess it ultimately comes down to the fact that Osmosis is currently offering better consistent APR returns than many other platforms - and there's promise of more to come....

There is a current proposal to launch a UST pool, and stable pools are popular, AND UST is an increasingly popular choice of stable coin.

And Osmosis has the capacity to launch IDOs - there's a rumour in Discord that you'll need 100 ATOM to be staked to benefit from future airdrops released via Osmosis - which might help explain the recent ATOM price increase, and an increase in the ATOM price is good for Osmosis as ATOM-OSMO is one of the largest pools on Osmosis.

There is also further synergy with development on Atom - according to the guy who calls himself Coin Bureau on YouTube there's a lot of consensus between Cosmos projects, a will to make everything work together, and a planned integration with BTC for early 2022

Osmosis is also very functional - I use the Kepler wallet, a browser wallet which is very easy to use, and transaction fees are very low, only a few cents, and fast, only a few seconds - and it's been 100% reliable after a few initial teething problems with stuck transactions.

Users might also be attracted to the simplicity - there's an appeal about only having a few pools to choose from and three options for time-lock staking, very intuitive, very simple.

The token release schedule is also quite appealing - it drops by a third every year until it reaches a max supply of one billion... 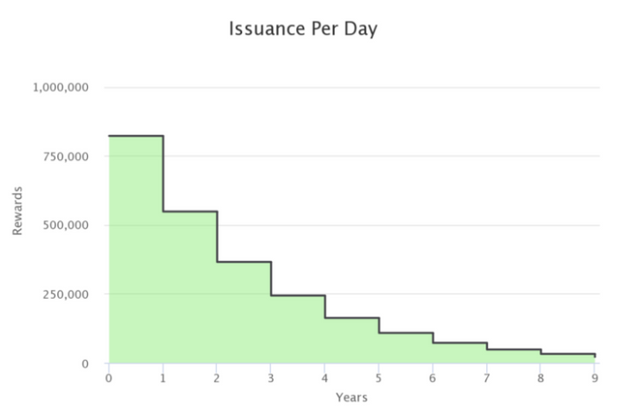 And then there's Governance - OSMO isn't just another DEFI shitcoin - it allows you to vote on the future direction of the platform.

FINALLY, apparently FRONT RUNNING ISN'T POSSIBLE! I don't understand the tech behind it, but this is from the guy from Coin Bureau again!

I think I've just convinced myself to stop selling the OSMO I farm for a while and stake some more!