So, I got into this new Hive second layer token frenzy and invested a fresh basket of new investments. No, no it is not Leo token :)

I know almost everyone on Hive is watching if that HIVE/LEO flipping will/can happen when wLEO is launched on Uniswap. 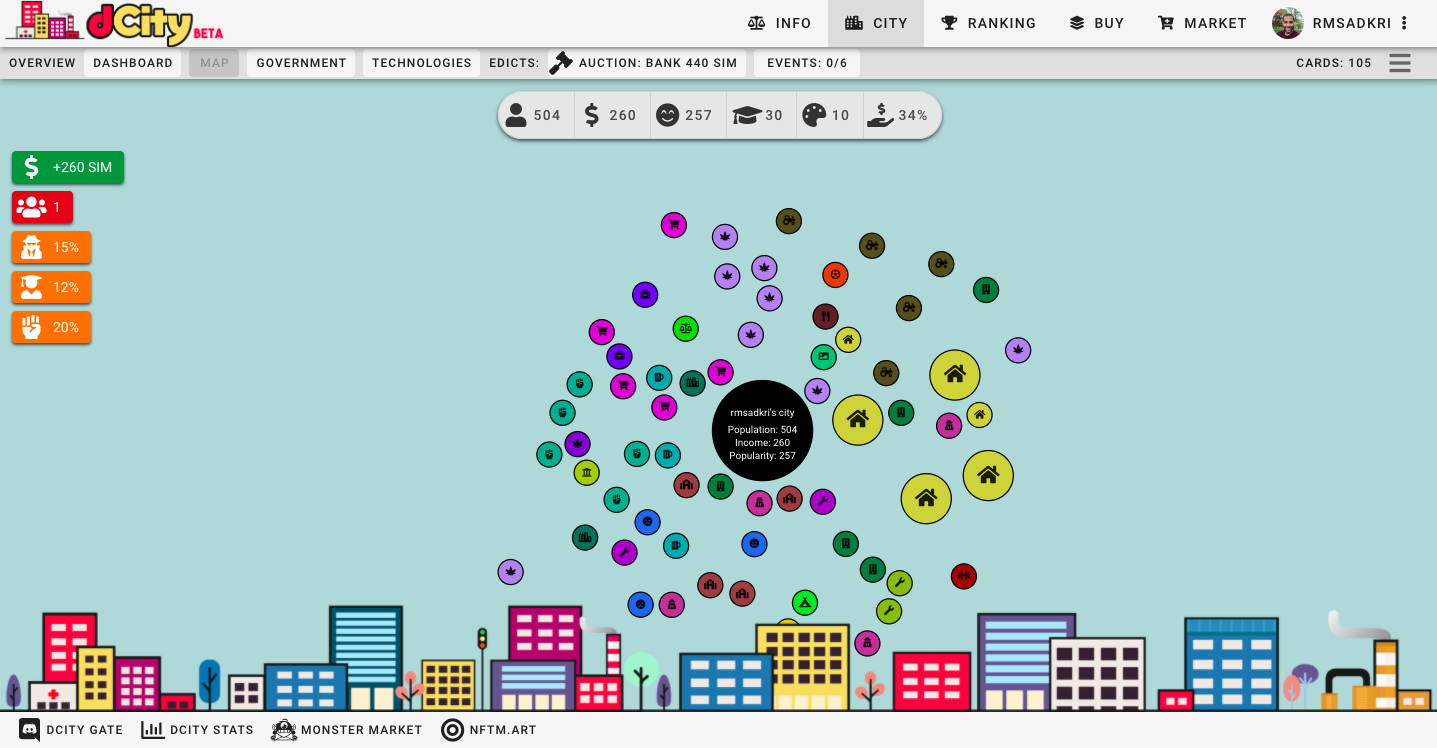 While that suspense is still building on @Leofinance, I made my foray into another Hive based game - dCity that I always thought I would get involved in. The game is still on its beta version. I always thought it would be super cool to create your own city.

Initially, I started to build a city with the Hive balance I had accumulated by selling all my tribe token earnings. I quickly realized the investment of 50 Hive was not enough to start out the city building process. You want to think about the amount of Hive you will get on your investment and what other tokens are on offer.

Then, I made a decision that I will at-least invest an amount that would give me some returns on Hive. Right now, the minimum Hive return you can receive in the game is if you are ranked within top 400 of the players based on your total population. I invested 250 Hive to build the city and that catapulted me to the 315th spot. That ensured my minimum Hive return of 0.113 every day.

You can also receive other tokens like BEER, WEED with cards brought within the game. I bought weed farms and breweries to receive those tokens and to diversify my second layer token earnings on Hive. Who knows which token will follow LEO next? :P

After almost a week into the game, I can attest that the game won't eat up your time. You can come back to the game once in two days to make sure you are okay with the population, popularity and employment balance.

I am still understanding the complexities of the game, if there are any. For now, let's build a city for all on dCity.io