I Don't Understand Why Buffett Sold All His Costco Stock...Do You??? 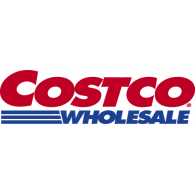 Costco got its start in 1983 in Seattle, although the discount warehouse model was invented a few years earlier in San Diego, under the name Price Club. The two companies eventually merged. When it opened its membership to the wider public, Costco knew it would attract a certain type of shopper who understood the value of membership.

About 80% of Costco’s gross margin and 70% of its operating income come from its membership fees and roughly 90% of their members are renewing their annual membership. We are talking memberships representing 50 million households and 92 million cardholders.

Customers usually make up their membership fees by month nine due to all the savings. Costco’s prices are on average 30% lower than the larger supermarket chains. Costco uses their economy of scales to negotiate the lowest prices possible, then pass those savings to the customer. And the other day, Costco passed some of those savings to investors in the form of dividends.

Costco Wholesale Corporation (NASDAQ: COST) shares are trading higher in Tuesday’s premarket session after announcing a special dividend of $10 dollars per share Monday after-hours. The dividend will be about $4.4B in total and will be eligible to all shareholders as on December 2, payable on December 11. Costco stated this new dividend will be funded by existing cash.

Following the announcement, the company’s CFO Richard Galanti said, “This special dividend, our fourth in eight years, is our latest step to reward shareholders. Our strong balance sheet allows us to pay this dividend, while preserving financial and operational flexibility to continue to grow our business globally.”

Although this is the company’s first declaration of a special dividend since April 2017, the retailer did declare a quarterly dividend of $0.70 a share, up by 5 cents, back in April 2020.

However, Berkshire Hathaway sold its remaining stake in Costco to the tune of 4.3 million shares in the third quarter. This is a bit weird because Berkshire began building its stake in Costco back in 2000. Warren Buffett is a buy and hold investor and most of his $79 billion net worth was made from dividends. It’s one of the reasons, two years ago, financials almost make up 50% of Berkshire Hathaway's portfolio because of their dividends.

This past year, Buffett sold off most of his banks stocks, but I don’t get selling his Costco stock. Costco had same-store sales of 14.4% in October. E-commerce sales rose a 91% and Costco’s overall same-store sales have gained by mid to high double-digit percentages in the past five months, outpacing both Target and Walmart.

Because Buffett is a billionaire, I'm sure he knows what he's doing, but this one puzzles me, just look at this chart.