MicroStrategy Just Gave You Another Reason To Own Bitcoin - Part 2 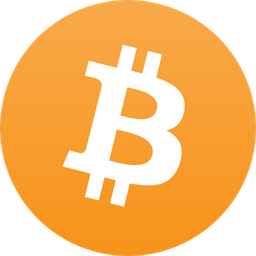 MicroStrategy had over $500 million of cash and short-term investments at the end of June. The company previously announced plans to return about half of that to shareholders while investing roughly the same amount in alternative assets.

A day after publicly traded business intelligence firm MicroStrategy indicated in a regulatory filing that it might expand its bitcoin holdings, the firm's CEO confirmed that it has done just that.

In a Tuesday morning tweet, MicroStrategy CEO Michael Saylor said that the firm had bought another 16,796 BTC, adding to the 21,454 it purchased earlier this summer. 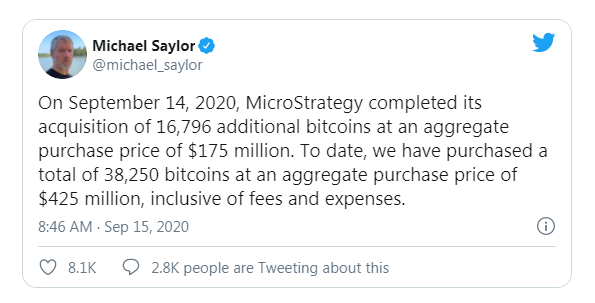 Michael Saylor said he doesn’t want to part excess cash in cash, bonds or tech stocks. Michael said the only place to part excess cash is in stock buybacks and bitcoin. Many years ago Michael said bitcon’s days were coming to an end, but when he witnessed the sale of the “Voice.com” domain to EOS creator Block.one for $30 million in July 2019 that was the light bulb moment he needed.

Earlier this year after the fed balance sheet debt doubled via stimulus packages, the only thing on Michael’s mind was hedging against the US dollar. He read everything he could on bitcoin and eventually brought his executive team up to speed. The company also hinted in an SEC filing that more buying could be on the way.

The price of MicroStrategy is heading into a major resistance/support band at $156. However, once Wall Street warms up to what Microstrategy is doing, that band should serve as support in the future.