The Smart Money Got This One Wrong 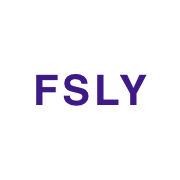 Fastly, Inc. operates an edge cloud platform for processing, serving, and securing its customer's applications that enables developers to build, secure, and deliver digital experiences at the edge of the Internet. It is a programmable platform designed for Web and application delivery.

Fastly works behind the scene and ensures that when you want to load up a website, it loads quickly not matter where you are in the world.

Fastly has been one of the hottest stocks in 2020. Earlier this year, the company forecast revenue accelerating to between 52% and 56% for the current quarter and a 40% to 45% increase for all of 2020. But, in August we found out that Fastly announced earnings and on that earnings call, the company disclosed that TikTok is its biggest customer. Meanwhile, at the same time, the Trump Administration had threatened to ban the mobile video app in the U.S. because of concerns over data privacy.

First to burst on the scene was Microsoft. Microsoft might be an odd buyer, but it makes sense in a lot of ways. Microsoft acquiring TikTok would give it access to millions of teens and pre-teens youngsters. Then there was talks of Twitter, even Oracle acquiring TikTok.

In recent weeks, Fastly has been moving a lot higher. I thought I missed my chance to get into the action, but I stayed discipline and didn't chase price, despite the Smart Money chasing price. Prior to earnings I noticed the Smart Money bought over 8000 call options at the strike price at $135 that expires in December.

Fastly Inc. shares plummeted more than 25% in after-hours trading Wednesday, after the software company said that its largest customer, TikTok parent Bytedance Inc., did not use its product as much as expected amid a threatened ban in the U.S.

Fastly FSLY, -5.60% disclosed in a news release that it now expects third-quarter revenue of $70 million to $71 million, after previously guiding for sales of $73.5 million to $75.5 million. The company also said that its full-year guidance should no longer be relied upon, and that a new forecast would be issued when the company fully reports earnings on Oct. 28.

Needless to say the stock tumbled and is now back below $100. This is one of the rare times I have seen the Smart Money be this wrong. However, 8 out of 10 times, they are right and following the Smart Money is still an awesome and viable strategy. 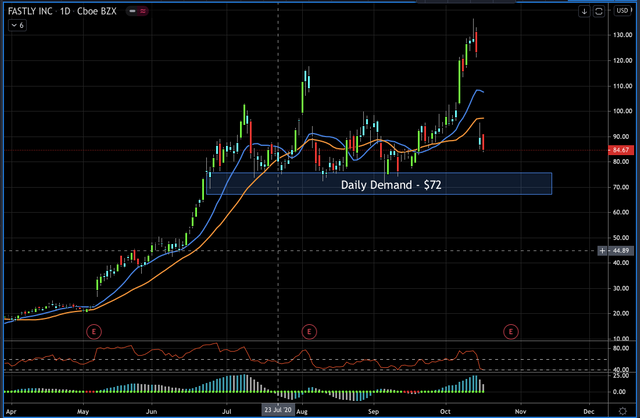