The S&P 500 has bounced 200 points of the late September lows. With today's rally price is creeping up on the September highs that proved to be a pivot point.

That pivot point is now a resistance as price failed twice there.

Rally into the election or relief bounce? 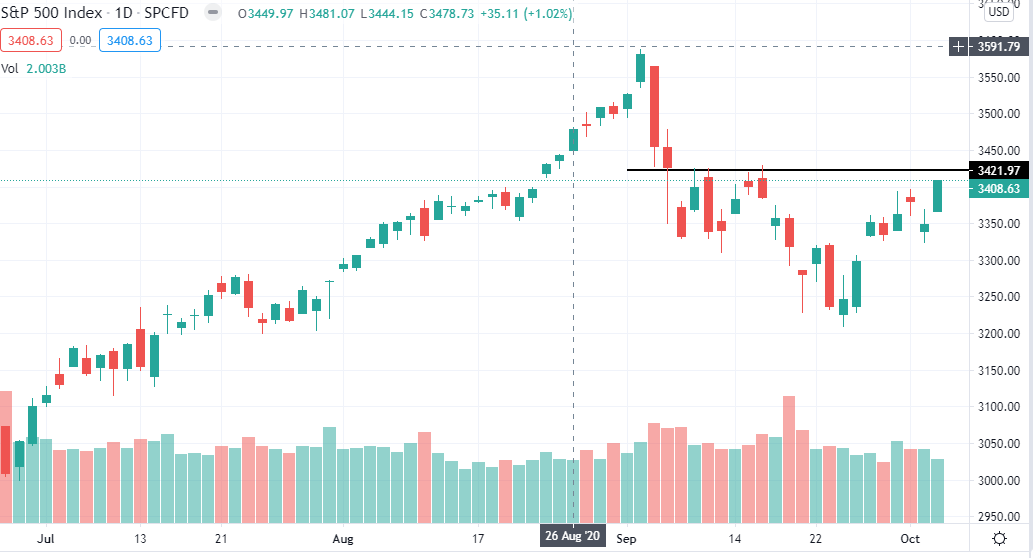 I will be keeping an eye on 3425 as a close above that makes way for a run at the all-time highs.

Running into the all-time highs isn't what you would expect coming into a Presidential election, but hey, this year has been anything but normal.

The volume was super light today to go with that green energy candle. So that doesn't show bulls being in control, but if no one is selling it really doesn't matter.