I was thinking a little bit about the current price of HIVE and how far it could move - what do you think? 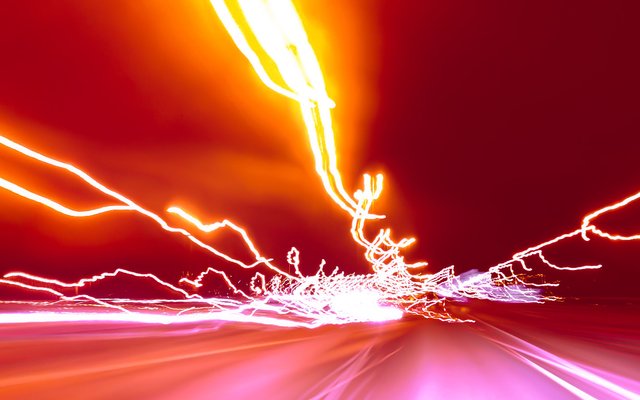 The top is hard to predict though, isn't it? It is interesting to think however that so far this year, HIVE is currently up around 14x from the January lows. OF course, lots of things are up though, as this is a bull market. 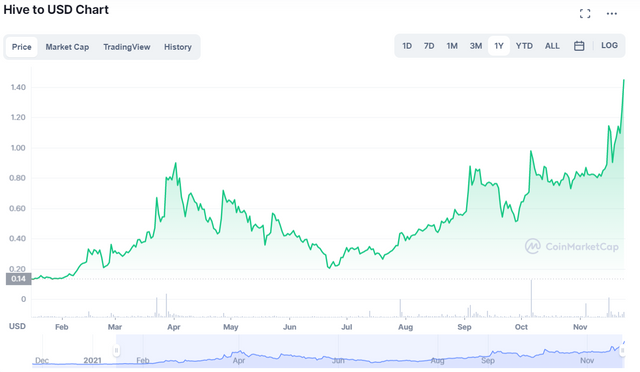 It has a long way to climb still, I believe.

We all know that when it comes to price, scarcity matters, but in general, most tokens have zero utility, so pretty much all of them are liquid all of the time, which is one of the reasons there is so much volatility in crypto. Since gains required buying low and selling higher, people had no other reason to hold, other than to wait for a higher price to sell, before everyone else does.

This has changed somewhat now, as while there still isn't much utility, there is reason to hold, because tokens can attract more tokens. Pooling and providing liquidity for yield is highly lucrative and while 100% a year doesn't compare to a 1400% run, there is a consistency and safety in it, as one doesn't have to sell holdings in order to benefit. I believe that this is massively attractive for the largest holders, as they can go into pools and earn large amounts, risking very little - especially on the single-sided pools.

For example with me, I have a fair amount locked up into the CUB Finance platform and it has been very good to me over the last 8 months, as the daily yield has allowed me to invest deeper, without having to worry about trading at all. I average about 35% yROI on what I hold there - why sell? And of course, the value of what I hold has increased with the value of the markets, so the value of the yield has also.

What this does though, is create liquid scarcity on the markets, as people weigh up the potential values of selling with getting that consistent return. Less tokens free on the market at times of high demand, the greater the upward potential as the market is quite thin. I will get back to this.

The third number is "virtual HIVE" - if all HBD was converted to HIVE, as that is technically possible through the conversion mechanism.

So, only about 40% of the entire HIVE supply is vested and subject to the 13 week powerdown, meaning that 60% is liquid on the markets. That is quite a lot! But, this actually doesn't quite tell the full story, do you know why?

This is the @hive.fund account and it is what feeds the Hive Development Fund. It is really interesting to see the wallet activity for this account, as the @hbdstabilizer account plays the markets and puts more HIVE or HBD in there consistently.

The current-ish market capitalization of HIVE is a 550M US dollars worth and this is based on the circulating supply, which includes the HBD conversion, so 387M HIVE. That means though, that the @hive.fund account is worth almost 20% of the entire market cap. This is the fund that will be used for development through the proposal system. The higher the price of HIVe, the more development that can take place.

That is incredibly important.

105 million worth is a decent slush fund.

However, it is also important to note that this Hive will never hit the market in some kind of lump sum sell, in the way that it did in a private sale between @ned and Justin Sun a couple years ago, which led to the forking of the community and creation of HIVE.

What this account means though, is that while the staked HIVE is at 40%, there is another 20% that is effectively locked up and only released at a trickle, and not enough to really affect the markets, considering the volumes now. The 24h volume on HIVE was almost 220M worth.

This means that there is about 150M Hive liquid around the place, sitting on exchanges and in various wallets - is that scarce enough o get a price of 5, 10, 20?

The reason is that the largest holders, aren't likely the ones who are going to be selling low, meaning that the smaller sellers will start to ladder out of the market as prices climb and often earlier than the larger would. This creates a massive gap in the market, where for example, if the largest sellers are looking for 20 dollars, the smaller ones are going to likely run out of HIVE before 10, leaving the markets thin past that point. This means it doesn't take too much to push the value up, before the liquid whales start their sell offs. Hard and fast up, quickly down the other side too.

I think we can see this illustrated a little in the volume on Binance (HIVE/USDT), where after the initial spike last week to 1.31 that cleared out a lot of sellers, the move to 1.54 has been pretty low volume, as there is little resistance on the way up. 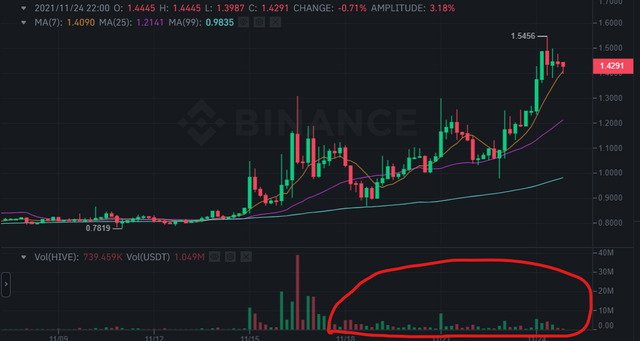 But, Hive has some reasons to use it also. Sure, everyone wants those high sell prices, but there is a lot of uncertainty around that also. What is certain is being able to earn some curation returns. Yep, it might only be 20% but for example at 10 dollar Hive, my vote is worth around 80 dollars a day. That is 400 worth from curation a day. That doubles at 20 dollar Hive. Of course, to get that value, it would still have to be sold, but that is selling earnings, not capital.

I think people are starting to understand that selling capital is a risk and that the consistency of return on at least a portion of their holdings through various yield mechanisms is valuable. There are going to be a lot of sellers in crypto, but are they going to sell out their entire holdings? I don't think so. Staking is too lucrative and even if for example they sell a lot of a token for stables, most won't go out to fiat, and they will stake what they have back into those pools for a percentage yield. I predict the future floor to be significantly higher than the last, because people will not be getting out of crypto. I also think that HBD might become attractive for many to hold as an option also.

As said, I don't know what the actual price is going to be, but I do think that there will be a fair bit of scarcity on the markets as we move toward a top and, it will only be near that top that the largest sellers start selling. Believing this means that I am reluctant to sell "low" as I don't want to be the one that has the tokens shaken out of my hands at 10.20% of the top. I think others are expecting a much higher high too, so that expectation means that they are going to move their ladders up and, create even more scarcity in that mid-range, after all the weak hands prematurely distributed. The buyers in that range who are looking for a 5-10x from there, don't mind picking up "cheap" HIVE.

Cheap and expensive are only opinions. For some, selling HIVE at 1 dollar seemed like a great idea - until it sits at $1.50. Buying at $1.50 seems like a terrible idea considering it was 11 cents in January, until it hits $15 dollars for a 10x gain.

I don't know what the absolute top will be, but I plan on making a bit of it this time, unlike I have done in the post and just held up and all the way down. But, don't take this as a sign of "getting out of Hive", as I plan on keeping most of my stack intact and using what I have bought more recently to take advantage of the thin markets up to the top and then, buyback in the midst of the bear, so that when the bottom comes, I am a whale, participating hard until the bull returns.

That "bottom" might be around where price is today. That means for people selling today, they might never hold that much HIVE again. But this is the way it goes. 10,000 BTC could buy a couple pizzas, now it can buy almost anything. However, it doesn't matter what you held, just what you hold.

But the real differentiator is, whether they buy-back.