An Age Of Capital Abundance

We are in the process of entering a new era where abundance is going to be the norm. Throughout the last 20 years, we saw some of the preliminary entries. For example, today, music and videos are abundant whereas two decades ago, they were a bit scarce.

Certainly, when it comes to capital recessions play a role. However, despite the ups and downs that will certainly happen, we are going to see a world flooded with capital. Part of this is due to the creation of cryptocurrency.

In spite of all the progress made on the technological front, the world fell behind the historical curve. The last couple decades were scarce in terms of innovative breakthroughs, at least based upon the previous 100 years. This is about to change since our monetary system is undergoing a revision.

A big part of the problem is simply not enough money to fund the "crazy" entrepreneurial ideas that millions of people have. We witnessed a move towards larger corporations controlling a bigger percentage of the resources. This was only magnified by COVID-19. 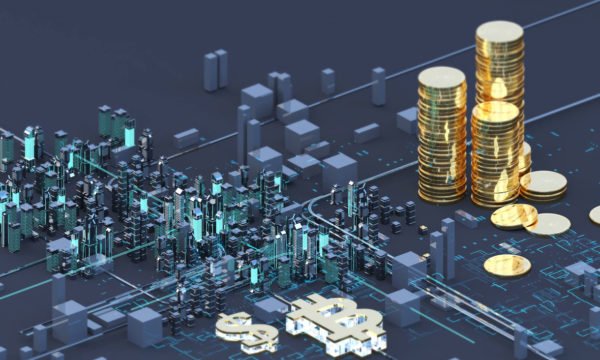 Cryptocurrency is a prime example of how innovation can have a compounding effect on society as the tentacles reach further out.

Up next is the age of global connectivity. This will allow all 7.5 billion people on the planet to gain access to the world's knowledge base. At the same time, funding is going to be readily available for any idea.

We are seeing the foundation of that laid right now. Cryptocurrency is expanding, not only in value but, also, in the number of use cases. This means that will should see a rapid growth rate similar to what other technologies experienced.

There is one major difference with cryptocurrency. When other technologies advance, the total value grows based upon external financial applications. In other words, the companies involved see their stock prices explode. Or a start up gets bought out by a larger firm, making the founders instantly wealthy.

With cryptocurrency, there is no external financial application required. As the network effect takes hold, the value is instantly there since the data is financialized. Certainly, we could see companies that are involved go up in value yet that is only a part of the entire picture.

Technology is getting to be very expensive. This is counterintuitive since technology is a deflationary force. Certainly, it gets less expensive over time. However, more funding is continually required since the advancements we are working on are a lot more costly as compared to the focus 20 years ago.

When we are delving into areas such as fusion, quantum computing, or plasma powered rockets, these innovations require a lot more money as compared to creating a messenger application.

At the same time, we also see the number of "innovators" growing on an exponential basis. Today, anyone with a laptop and some coding experience can rival the greatest computing minds of 30 years ago. Whereas they were graduates of MIT, Harvard, and like schools, today's innovator is someone 25 years old who knows Python.

History shows that when technological innovation is stifled, the end result is only a delay. It cannot be stopped. Unfortunately, for those who caused the delay, usually some corporation being disrupted, the outcome is not pretty. Technology that is blocked ends up being like water dammed. When things burst, the force is much greater.

If we couple this with the idea of convergence, we see how rapidly things can progress. The smartphone is a prime example of technologies converging together. It took the Internet, computing, and mobile communications and pushed them together. In a short period of time, under 10 years, most of the developed world had these devices.

When it comes to capital, we are seeing a process where it is becoming demonetized and dematerialized. These two factors tend to lead to big changes. 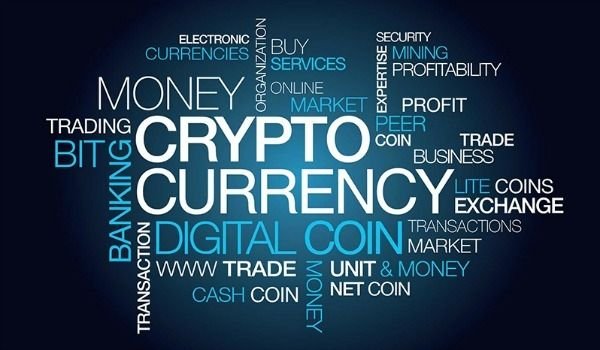 Capital is becoming less expensive to create. Developing a new cryptocurrency takes only a few minutes and costs next to nothing. A few clicks of a button and a community can be monetized. This can be stated in another way: a project is monetized. Since we are dealing in the digital world, no physical resources are required.

Over the last couple years, the cryptocurrency industry expanded greatly. Here is where we see innovation will end up feeding into other developments. If we "follow the money", it is easy to track how an individual's capital growth in one area can lead to investment in another.

Today, tokenization is dealing with online ideas. Essentially, it is a casino where most are looking to make bank. Some projects are using cryptocurrency as a means for funding but, for the most part, it is a financially based, shoot-for-the-moon game.

This is going to change. As people achieve levels of success, there will be a crowd that understands using this process as a means for further technological advancement. Tokenization is a prime path to take to generate funding for most any innovative idea. Companies are going to be constructed around this idea.

We also see the central banks of the world printing boatloads of money. Many mistakenly feel this will lead to inflation. The truth is we saw money printing over 4 decades take place at levels never seen before. Yet, globally, the inflation rate is flat. How can this be?

Simply put, technology is an ever increasing bear when it comes to feeding. More money is continually required to keep pace. When we look at things such as the Internet of Energy, we have a project price tag of $1.75 trillion. We can easily add trillions more when we factor in quantum research, space colonization, AI, smart everything, and autonomous transportation.

Of course, this is big stuff that is in the realm of large corporations. There will also be tens of trillions of dollars required to fund all the initiatives that comes from hundreds of millions of entrepreneurs who have ideas from all over the world.

As the present economic situation worsens for the majority of humanity, people are going to look for alternative means. Ultimately, we are going to see a transformation of the Gig Economy which failed most people. Since jobs are not secure, people will be on their own. Here is where a Gig Economy whereby people get most of the proceeds will develop. Web 3.0 will allow for this.

In an era of rapid technological advancement, economic growth should be off the charts. Sadly, the growth rates of the economies of the world is pitiful. Central banks are doing their best to reverse this but they do not realize what they are dealing with. For this reason, we can expect the shortfall to continue.

Here is where cryptocurrency steps in. This technological innovation is changing how capital can be created and allocated. It is a piece in the foundation that is going to get the world back to the historical growth rate that is was once accustomed to.