Are We Starting To See New People Involved In Cryptocurrency?

The move to mass adoption is something that is widely discussed within the cryptocurrency world. What will be the "killer DApp" that pulls in the masses?

It is a question that remained unanswered for the last few years. Whatever the DApp is, we have not found it yet.

Of course, there is the possibility that cryptocurrency adoption is simply revolutionary. There is no need to find the "killer DApp" since it does not exist. People will make their way here on their own schedule. It will be a trickle for a long while yet will eventually increase in number. 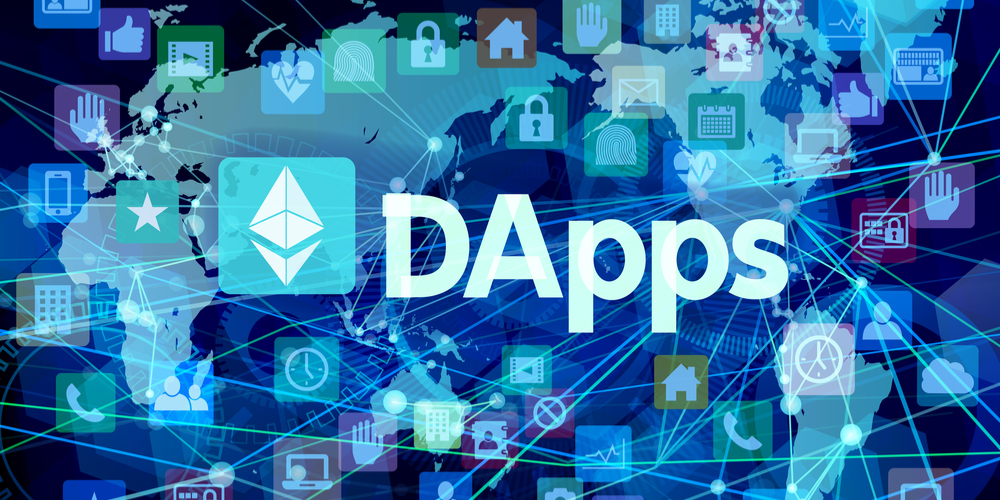 This is how the Internet operated. It was not a mad rush from the early days. Much of the first decade was a grind in adoption. With few tools for people to use, especially ones that were simple, it was simply to technical advanced for most people.

Over time they did adjust. While the services started to concentrate on ease of use, the knowledge level of the general public, from a technical standpoint, started to increase. That combination led to more adoption.

Recently, there was a survey done on Twitter asking about cryptocurrency and how long people were involved in it. Certainly, this is not a scientific study as well as using a rather small sample size. Nevertheless, the breakdown does provide room for a great deal of optimism.

If these numbers are a statistical representation of what is taking place overall, then there is a great reason for optimism.

As we can see, just shy of 10% of the respondents claimed to have been involved with cryptocurrency for less than three months. This would translate into a fantastic growth rate if it was widespread.

Also not surprising is the fact that more than half, 57.1% are involved in cryptocurrency less than three years. The bull run in the later part of 2017 attracted a lot of attention, which pulled in many people. This was the height of the ICO craze, a time that also left a bad taste in many people's mouths since they lost a lot of money when the crash hit.

So what is fueling the latest attraction to cryptocurrency?

The easy answer would be to point at DeFi and the insanity that is happening there. It would make sense since a lot of people are getting over-sized returns. This caused the media to jump all over it which is a wonderful tool for promotion.

It is a view that makes sense on the surface yet is the average person playing in that arena? We do know it is a whales' game and certainly the possibility exists that big money players were drawn in who are new. Would this filter down to the average individual who is not playing with enormous resources? It is possible and makes sense.

There is another possibility. Nonfungible.com released data that shows the sale of Non-Fungible tokens exploding over the last week. The 7 days total was just shy of $1 million. Over the week, there was $988,649 sold, an average of $105 per sale. 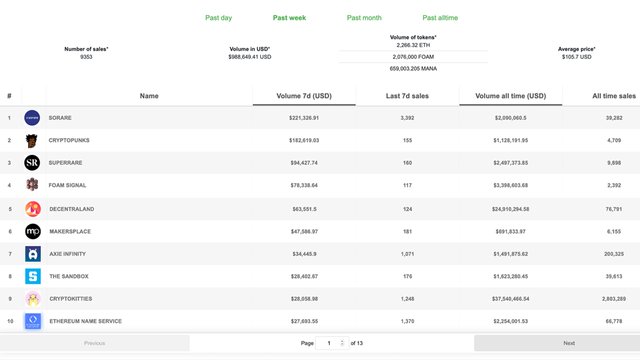 A Twitter user, dclblogger.eth, put out a tweet listing 25 industries where NFTs are starting to make an impact. The view is that as NFTs adoption increases, we will see explosion in these different sectors.

We could spend hours going round and round about what is the cause for the influx in users. In the end, what pulls them in really does not matter. The question is will they stay?

It is great to get a lot of newer people involved. However, if many are just viewing it as a get-rich-quick scheme, ala 2017, then we will see people exit as fast as they arrived. Obviously, if one has a bad experience with cryptocurrency, it is better than none at all. That might sound counter-intuitive yet it holds true. People have short memories. Many lost a bundle in the stock market crash a decade ago, only to return years later when the mania hit again.

That said, we are not looking for crypto to be a casino. There is a lot more taking place that is altering the financial system at the base level. This is huge and something that all need to be a part of.

However, while this is being built, the traders and media will focus upon just the monetary aspect of things. Instead of building, the concentration is on the quick hits. To them, it is all about the money and little else.

A new system will better spread out the wealth and give people an opportunity to alter their future financial situation. Ultimately, if successful enough, it could also start to pave the way of moving towards a post-monetary society as abundance starts to take hold.

In the meantime, the industry keeps building, providing an ever-growing list of tools for people to use. As we can see from this survey, if correct, we are starting to gain a bit of adoption.

We will see if it lasts.