It is becoming evident there is a problem with the present social media platforms. While many point to censorship, which is certainly an issue, it goes much deeper than that.

For decades, information was managed. What this means is that the information purveyors were in completely control. They chose the stories they wanted to cover. Thus, people such as Walter Cronkite wielded a great deal of power. In the United States, the nightly news had a huge following.

The same was true for newspapers. After all, this is where people got their "news" from. Whatever was printed was taken as truth simply because people had little choice. There was no way to counter what was put out there. Sure, a few might be able to go to the library and read the actual research but this was rarely done.

When the Internet came into being, we saw a completely new medium. Here, anyone could post their thoughts or ideas. Suddenly, information was not controlled by simply a few entities. Anyone could be an information purveyor, putting those companies that specialized in it in deep jeopardy.

It is safe to say the Internet, for a while, lowered the collective ignorance of the global population (at least those who were online). Now, there were ways to check what was being told to us on television or written in the newspapers. The best part about it was that all of this was free. 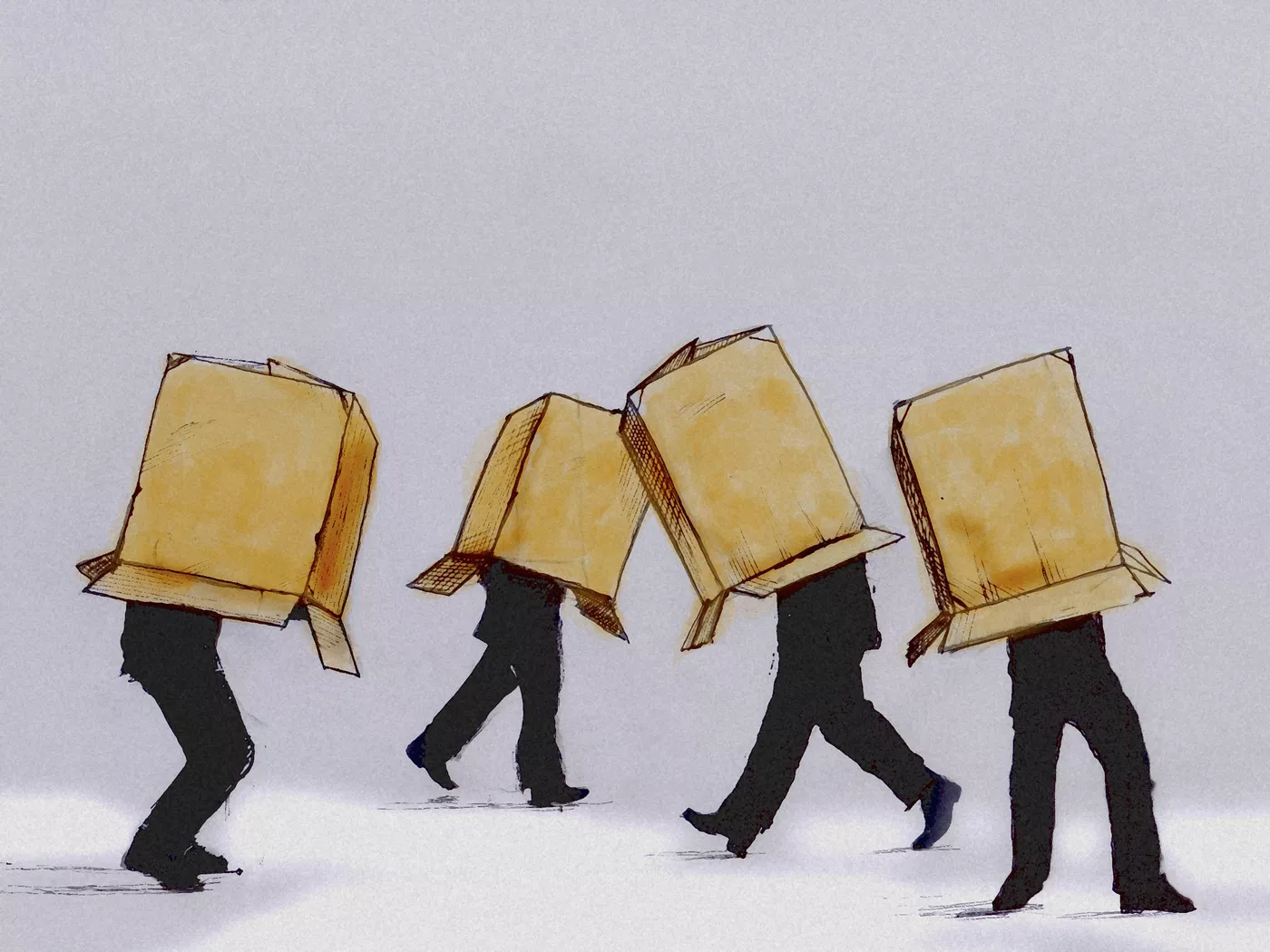 Social media entered the picture and changed the game once again. Over the last decade, these platforms becomes so powerful that they are now similar to the nightly news casts of years ago. What is on there is "tailored" in a way to promote agendas. This became really evident when the election cycle kicked off in the United States.

Having only one side to any story is grounds for total ignorance. It is also the basis for complete manipulation. We see this in Google searches and how their "algorithm is completely biased in its results. This is by design.

Here is where we see decentralized social media entering the picture. The reason why this initiative is going to be successful is the fact that the centralized model is totally unsustainable. Just like the nightly news and newspapers across the world fell as the popularity of the Internet grew, the existing social media companies are going to follow the same path.

Information yearns to be free. At the same time, people want to express themselves. This opens up the possibility for a very powerful network effect whereby people are seeking to get their views out. Couple this with the fact that most people want to have options when it comes to information as opposed to being programmed, and we can see how fast this move can take place.

Nobody likes to be ignorant. This really takes on meaning when that is spread across a population. One of the reasons the Catholic Church became so powerful is it controlled the message. Most were not able to read the written word and the masses were held in a language few spoke. Thus, the Church was able to control the flow of information which dominated an era we call "the Dark Ages".

With the Renaissance, information became widely available. There suddenly were these things called books as a result of the printing press. No longer was the Church the main purveyor of information. Over the next few decades, humanity saw progress like it had never seen before. 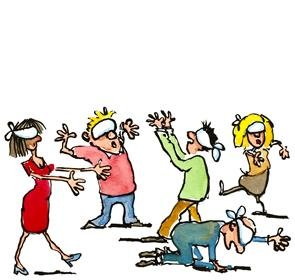 Today is no different. Those entities that are seeking to control the information on their centralized platforms will ultimately fail. Most people want to be knowledgeable about different matters. This is likely part of the human curiosity.

Fortunately, he died before his works were published. If he didn't, he might have been condemned for heresy. Of course, by the 1800s, his view was accepted as factual.

History might not repeat itself but it rhymes is the old saying. We an see how we are in an era where the control of information is setting people up for the same programming. What is the difference between what the Church did and the views that are espoused all over Facebook, Twitter, and through Google searches?

When people are programmed, they are ignorant. Most have the ability to make up their own minds and judge what is believable. For this to happen, one must have access to all the information. Presently, this is not the world we live in.

Decentralization is a place for those who yearn to be free from ignorance. When you have a platform like Hive, where any text that is posted is immutable, this helps to decentralize information. Couple this with the fact that nobody can have their account closed down and we see how powerful this concept it. This moves in the opposite direction of where the present social media companies stand.

Of course, there can be a lot of rubbish posted. That is the price we pay for giving people the freedom to post as they wish. Also, there might be a lot of outlandish stuff proposed. Again, this is what freedom is all about.

However, to fully appreciate this requires a skill that humanity is losing: the ability to decipher. When one is programmed, nothing more than sucking in the existing mantra and parroting it is required. No matter how foolish, accept it and repeat. 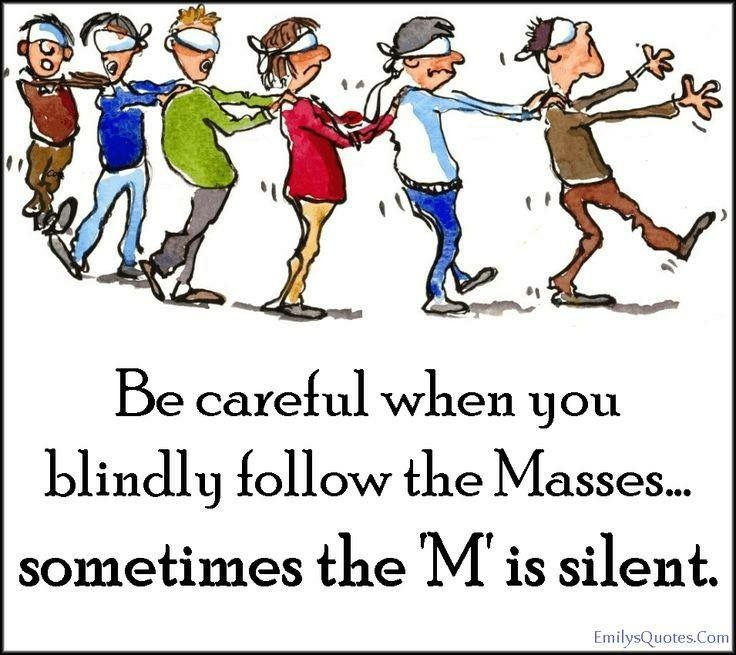 True intelligence starts with the ability to decipher all the information presented. After all the "crazies" might actually be right, or they could just be crazy. Either way, deciphering the validity of their point is a skill that opens the door to even more inquiry.

This is not present today. When entities label things as "fake news" for us and tell us that it is bogus, why should we believe them? What makes them qualified to make that call?

Of course, an interesting thing can happen. The Catholic Church still have roughly 1 billion followers around the world. Even though people have access to a lot more information, they still opt to place their faith with that institutions. The services are in a language that people can understand as is the Bible. While one could make the case of upbringing and societal pressures, from an information standpoint, it is out there for people to choose.

Comparing an entity that lasted thousands of years versus ones that are only a couple decades old means that the staying power of the later is not as solid as the former. This is why the social media companies will find themselves in a tough situation. Their actions are showing people who the information is controlled. For many, even those who support the point of view promoted, it is creating a very uncomfortable situation.

Considering this is how their entire business model is built, losing even a part of their userbase has a serious financial impact.

Keeping people in the dark is a very profitable endeavor. History has already proven that.