Klaus Schwab And The Great Reset

This is something that is getting a lot of attention. It seems the Canadian PR let the cat out of the bag in a recent interview. This is causing some to finally wake up as to what is happening.

Klaus Schwab is the head of the World Economic Forum. He sees a world where technology drives much of what we do and where "man and machine" merge. The challenge is that he does not believe this should be done through market forces.

Over the past year, I wrote and talked about Web 3.0. The definition that I think sums it up is the convergence of our physical, digital, and biological lives.

Of course, this can be a very scary thought depending upon who is in charge. For those who love freedom, this next paragraph coming from a guy like Schwab should send terror up your spine.

Globalist Klaus Schwab made it clear that transhumanism is an integral part of “The Great Reset” when he said that the fourth industrial revolution would “lead to a fusion of our physical, digital and biological identity,” which in his book he clarifies is implantable microchips that can read your thoughts.

He detailed his view of the world in his book, 'Shaping the Future of The Fourth Industrial Revolution'.

In the book, Schwab explains with excitement how upcoming technology will allow authorities to “intrude into the hitherto private space of our minds, reading our thoughts and influencing our behavior.”

He goes on to predict that this will provide an incentive for law enforcement to implement Minority Report-style pre-crime programs.

“As capabilities in this area improve, the temptation for law enforcement agencies and courts to use techniques to determine the likelihood of criminal activity, assess guilt or even possibly retrieve memories directly from people’s brains will increase,” writes Schwab. “Even crossing a national border might one day involve a detailed brain scan to assess an individual’s security risk.”

This is the dystopian future that I often discuss. When governments, or mega technology companies, take over, freedom is eradicated. Neither entity has the inclination to promote this concept. Instead, it comes down to power and control.

It is also why I repeated discussed the idea of the "race being on'. Those in the decentralized world have to develop and build out their systems at maximum speed. There are powerful entities that seek to utilize technology for their own ends. The next generation of the Internet, according to these people, will even be more restricting than what is in place now.

What is the difference in my views versus Schwab when we see a technological future in similar ways?

While I do not contest what he states as future likelihoods, technologically, it is a matter of how we get there and what the eventual system looks like.

For example, I could buy into the idea of being chipped. My view on that is going to depend, in addition to the risks, on who is controlling the data. If it is a company like Facebook or a government entity, no thanks. On the other hand, if I have a secure digital file that only I, and those I give access to, that compiles all the data, then we are looking at something that might be possible.

Another issue is the idea that any of this can be forced. Technology operates at its own pace. Because of that, there are setbacks and issues that need to be addressed. Simply passing a law will not make something technologically viable.

Even if it is, the bigger challenge is the cost. With all technologies, the curve is such where the prices are high to start. After development, we see improvements made where the costs drop to the point where mass adoption can take place.

Here we see the idea of forcing people to utilize the technology. The prices are going to be expensive because this is a characteristic of technology. It simply cannot be avoided. Hence, the edict will force mass adoption which means that price deflation through technological progress will not be present. This means that higher prices paid by all will result. With a world where many are struggling to make ends meet already, this is going to be a bigger problem.

Nevertheless, guys like Schwab do not care. They simply feel their model of the world needs to be remade. Through it, more control is assumed by the few. The likes of Facebook and Google are just the beginning. We are already starting to see the power those entities wield and how they can influence things. I can promise you, they will not be the last to burst onto the scheme and take over massive parts of our lives.

A few months back I noted how Blackstone, a Wall Street hedge fund, bought Ancestry.com. This is one of the leading companies in DNA services. At the time of the purchase, it had samples from over 1 million people.

How comfortable are you with your DNA information being owned by a Wall Street firm? What do you think they are going to do with it? Are you one who is not to bothered that the online companies are selling your browsing data? If so, how does your DNA being treated the same sit with you?

It is now out there for anyone to purchase. 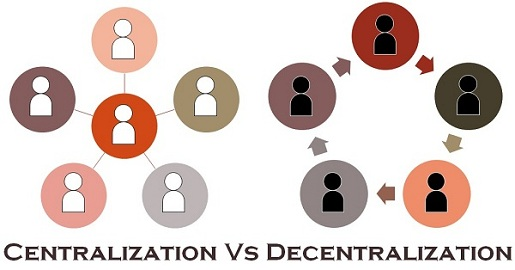 At the core of all of this is the centralization versus decentralization. In other words, freedom versus slavery. Often I write how there is a lot more at stake in the blockchain/cryptocurrency world than just Lambos and mooning prices.

Simply put, if people like Schwab have their way, the great technological advancements will be used in a manner to control, program, and contain the human race.

Does all of this seem like conspiracy theory to you? Are you one who says that this is not happening?

Let me ask you, do you believe that we are being programmed by the algorithms on Twitter, Facebook, and Google? It is well known they censor results, manipulate the data, and only present certain points of view.

With the technologies that are being developed, how would you like that same programming to take place at a genetic level. Instead of having to condition you with repeated information, they simply put it into your genetic coding or a BCI directly into your brain.

Trust me, the leap from where we are today to what I just described is not that large. We will likely see the possibility of that within the next 5-7 years.

Does this mean we should stop all technology? After all, this stuff sounds really bad. 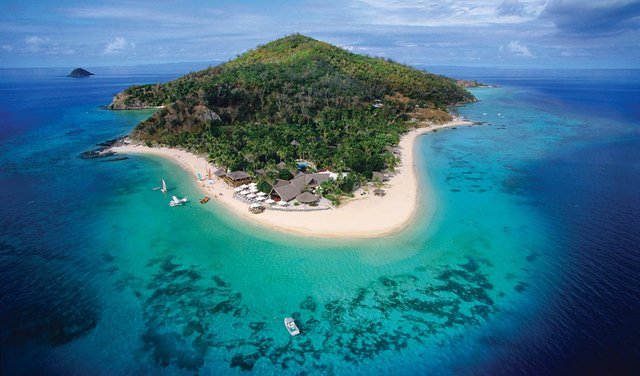 We must remember, the person who built the first ship also invented the shipwreck and the castaway. Technology is always a double-edged sword. There are positives and negatives. The later tends to be enhanced when people have nefarious motives.

Thus it is up to us to fight for control of technology. There is no doubt the Internet was one of the best things that happened to humanity. Even now, we are still trying to get the last few billion people online. When that happens, their lives will improve more in a generation than those areas saw throughout their entire history.

Of course, there is a downside. The present Internet is a siloed system where a few major players run the entire show. Some of the downfalls are due to lapses in the initial protocols. That is being addressed. at least to a degree, by blockchain and cryptocurrency. Now, enhanced security and ecommerce are native.

But what about the rest of this stuff? As mentioned, the convergence that we are going to see centers around this digital world. Everything is going to be data. Thus, the true battle is over the control of that.

The Great Reset seeks to radically alter our present systems. While they probably require that, the idea of it being forced by a select few who are playing with powerful stuff is scary. We can never avoid the law of unintended consequences. And sadly, governments seem to major in them.

Those of us who are up there in years remember a world which nuclear weapons were a threat. Actually, it wasn't the weapons per se but the psychopaths, on both sides, who controlled them.

With the power of the technologies that we are going to be seeing, we will look back at those things as firecrackers.

People need to seriously ask what a world being run by the likes of Schwab or Zuckerberg will look like. Is that something they really want?