The Lesson Of Shiba

Many of us are sitting back watching the ride that Shiba is on. Whether one believes in these types of tokens or not matters none. What is important is the wealth that is being created along with the lesson it provides.

By now, many read the article of how $8,000 of Shiba purchased a year ago is now worth $5.7 billion. That is what we all would consider to be life changing money. However, that is not the only beneficiary.

Shiba is starting to mint a lot of millionaires. This is the organic nature of cryptocurrency. One does not have to start with a lot of money to profit handsomely.

Of course, whether those people remain wealthy from this source remains to be seen. As we all are aware, in cryptocurrency, things can go down as quickly as they ascend. 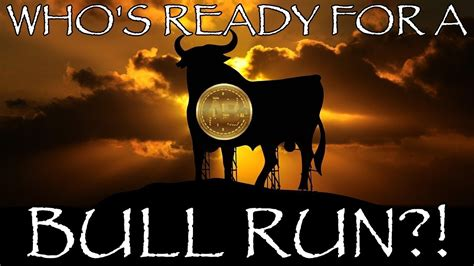 Anyone Can Experience This

One of the best aspects of cryptocurrency is that it is inclusive. Anyone is able to participate. Unlike the present financial system, which is exclusionary, people can enter with minimal amounts of money. As they say, you never know.

Shiba provides a powerful lesson. Whether it is nothing more than a pump remains to be seen. This is not financial advice but if I was in it, I might take some profits. Either way, it brings up a concept that we all need to understand.

We can harken back to the early days of Ethereum. What was interesting about that project is that it probably minted more millionaires than any entity from the start. While there were other instances where many made millions, off a Microsoft as an example, due to the "accredited investor", most were wealthy to begin with. That was not the case with Ethereum.

It is also safe to say, it was not the situation with Shiba. Those profiting are average people who threw some money at it. Certainly, there might be founders and early participants who have a lot of stake. Nevertheless, those who go involved over the last year have done very well.

This is the opportunity with cryptocurrency. People keep asking if it is too late to get involved? This is a prime example of how it is not. Shiba was not on the radar of most 6 months ago. Again, it might not be there 6 months from now. Nevertheless, it is on a run that makes people a lot of money.

The key is this happens quite frequently. We often see different tokens go on massive runs.

We all know there is a major difference between a pump and sustained advancement. Over the years, those of us who were around, saw many projects given insane market caps to start. This was especially true during the ICO craze 4 years ago. Projects were thrown on the market with nothing more than a white paper and were valued at hundreds of millions of dollars. It really was a reminder of what things were like during the dotcom era in stocks.

Of course, most of that stuff crashed. It was worthless to begin with and the market eventually gave it that price tag.

Going back to Ethereum, there is no doubt that the network effect on that chain has sustained its growing market cap. The development on there is basically unrivaled, even today. This brings in a ton of money which helps to foster more development. It ends up becoming a positive feedback loop.

With so much taking place, even with the high fees, Ethereum has a lot to hang its hat on. To start, the fees are not an issue for major players. When moving millions of dollars around, paying even a couple hundred bucks for secure transactions is a bargain. It also has a host of applications that feed into the DeFi and NFT markets.

For sustained runs, growth over the long term is required. In this realm, it seems this starts with development. Without that, a platform is destined to fail. We are dealing with technology and people expect things to be updated. It is how to avoid ending up like those from the ICO days.

Many feel there is no way a run like that can happen to Hive. For whatever reason, they think that it is somehow exempt from participating like other coins.

To start, when you look at Shiba, you realize there is very little there. Sure it captured the attention of many. However, what are the use cases? Where is the sustainability coming from? While it could be there, it is hard to see at the moment.

Also, Hive is continually developing. In fact, it is about to get a major "upgrade" through the collaboration with Peerplays. There was a video put out by @peerplays explaining how Hive will have direct access to a decentralized exchange (DEX). For the time being, it will be limited to just HIVE and HBD but we can expect other assets to be moved back and forth.

This is just one of the many infrastructure "upgrades" that Hive is about to receive. There are discussions about a few other collaborative moves that will expand the capability of Hive.

Does this mean that we can expect the same outcome as Shiba? That is too presumptuous. However, for something to move up radically in the cryptocurrency world is not an outlandish expectation. Multiples of 5x-10x are quite common. After all, not everything has to be a 10,000% return.

We never know what sets a market off. It is an entity unto itself and logic is not really applicable. People get excited over something, which ends up spreading. When this is backed by money, a massive run can result.

The lesson of Shiba is that things can happen at anytime. Being involved in cryptocurrency opens up a world of possibilities. We are still in the early stages and vast fortunes are still going to be made. While the market can set anything on fire, the most likely growth potential comes from those that are expanding and developing. It seems that it always comes back to the core in that way.

For many, Hive is on this path. We will see when the market catches on. In the meantime, we just keep building infrastructure to fill in the gaps that we presently have.

Collaborations will certainly help with this.