The Plight Of Being An Early Adopter

There are big riches in being an early adopter...potentially.

Life as one of the first people into a new technology is never easy. From a technological perspective, there are bugs, technical difficulties, and the applications are not easy to use. This is common for anything that is new.

In addition, the technology can be costly.

From an investment point of view, there can be an enormous windfall for individuals who have the intestinal fortitude to hang in there. Everyone mentions how they would love to have been involved with Amazon at $60, yet would they have held? It is easy to point out in hindsight but not easy to do when in the middle of the ascension.

Of course, there is always the fear that things will not pan out and could collapse. Thus, the tendency is to take money "off the table", opting for sensibility.

However, there is another side to this story. When we look at those with major wealth, they take a much different approach. Looking at the holdings of Jeff Bezos and Elon Musk, two individuals who started companies that make up a large portion of their enormous wealth, we see that selling was not in the cards.

This all brings us to where cryptocurrency is right now. We are embarking upon an age where things will be sent flying. It is difficult to know what will succeed at this point as compared to which projects will fail. What we do know is that some will reach heights that will make a lot of people very wealthy. 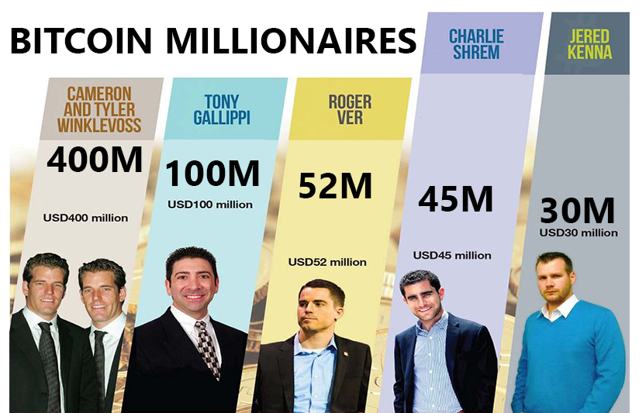 We hear a lot about the Bitcoin millionaires yet that is only the beginning. Ethereum generated more millionaires than any other single project simply through its ICO ( it is important to remember those who benefit from IPOs tend to be millionaires already).

So where does this lead us?

We now see a story that the CTO of Ripple is admitting that he sold ETH at $1. This cost him millions of dollars in wealth.

As part of a risk management plan Shwartz had with his wife, the Ripple (XRP) CTO cashed in his 40,000 Ether (ETH), and sold it at a dollar each. The move was part of a “derisking plan” his spouse and he planned for their crypto investments.

The present value of that Ethereum would be $15.5 million. That is a kick in the pants when considering they were sold for $40,000.

None of us can really fault what took place here. It is sensible to de-risk at times and pocket some of the profits. However, if one really wants an enormous payday, sometimes hodling is the best path. After all, how many shares of Tesla has Elon Musk sold?

According to Bloomberg's Billionaire list, he is now ranked number 3 in the world with $107 billion. It is obvious that hodling has worked out for Musk.

But what about the rest of us?

This is where the challenge for each of us comes in. What do we hold long-term versus selling for a profit? Do we unload some of the tokens to de-risk?

This is going to depend, of course, on each person's individual situation. However, as we see, the enormous payday can come from getting in at an absurd price and selling much later.

For example, I decided that I would spend the past year loading up on LEO tokens. In spite of the recent setback with wLEO, I am still highly optimistic about this project. Therefore, I am not going to sell any of my tokens for a 5x or a 10x. The potential is much greater.

It is decisions like this that can be mega-success stories. My goal is always to have enough of a particular project to have "life changing money". If the project hits, I want to be well positioned to take advantage. Making a sustained percentage is nice but the big money comes from all-in conviction in a few different projects.

Cryptocurrency is offering that opportunity to most everyone involved. Bitcoin is being acquired by many who are already holding a great deal. The same is true of Ethereum. Obviously, these whales have vast resources at their disposal and are looking to enjoy the payoff. If Bitcoin goes from $10K to $400K as many predict, this would be a major windfall for those who are accumulating.

This is not, of course, the only game in town. We could see many other projects do a 40x or 50x over the next couple years. If there is one that we come across, it is good to get enough of a stake to really pay off.

Never let it be said that being an early adopter is easy. It is difficult when to go all in on a project and remain true to it as opposed to taking the profits that are offered.

For me, LEO and some other tokens are long-term keepers. From this point, there is another 10x at a minimum to be garnered.