Have you ever wanted to own a part of a distillery? If so, we could be getting to the point where it is possible for anyone to buy a piece of a distillery. 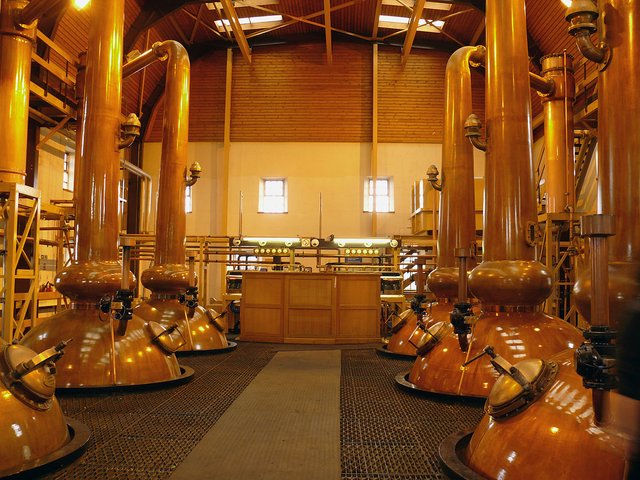 A proposed distillery in the Faroe Islands is looking at selling units via tokenization. The plan is to create an ERC-20 token which will allow people to buy into the distillery using both cryptocurrency and fiat.

According to an article in Decrypt, this would open up the doors through a security token.

he Faer Isles Distillery is set to open a 23,000m² site on the Faroe Islands—200 miles north of Scotland—in 2023. In order to do so, would-be investors can help via a crypto-backed security token offering, according to The Spirits Business magazine.

This is different from the whiskey crypto fund that opened up earlier this year. Here we see the tokens being sold providing actually ownership stake in the distillery itself.

Plus, this is scotch whiskey and not bourbon. Present plans are to create gin at the site as well as whiskey.

The idea of tokenization is starting to gain some steam in some circles. It is a process that provides numerous benefits.

The tokenized shares are “more easily tradable than normal shares on stock exchanges,” the company said. The hope is that even those not interested in whisky will be attracted to owning a tokenized share of the company.

For the moment, we are seeing moves in the direction of tokenization yet they are in a limited way. By this I mean that it is not full blown openness that one would like to see. Instead, to be in accordance with regulators, most of these projects are going to be securities which are opened to accredited investors only.

Nevertheless, even on the secondary market this could really change things. By being an ERC-20 token, it is likely that one can buy it using any other cryptocurrency as long as it is traded on an exchange somewhere. This will allow for conversion to something that is compatible with Ethereum, thus allowing for the swapping into this token.

This is a major step when you think about it. It was not long ago that there was little use for crypto. Now, we are seeing viable investments appearing which can be purchased using tokens garnered through various mechanisms.

We see a toned down scale of this on Hive. By getting paid in HIVE, or whatever H-E token, one is able to swap the tokens around to invest in more favorable projects.

On Hive there is nothing that matches a real world investment such as this. However, over time, we could see some projects following suit. Smaller companies would be well served to tokenize at least a part of their business. This would allow them to enjoy the diversification as well as the fund raising while avoiding the expense and legalities of the IPO process.

Of course, to get to that point, more development must be done. In the meantime, it is uplifting to see projects like this opening up. There are hundreds of trillions of dollars worth of businesses, real estate, intellectual property, art, and collectibles that can be tokenized. Moving a lot of this stuff to decentralized exchanges will open up a world of investment for billions of people who were previously cut off.

For years I felt the new financial system would be one that operated separate from the existing one and required no tie in. People will be able to generate wealth without having to deal with fiat, for the most part. In fact, one might be able to go years without having to convert crypto to fiat if he or she is just building up a nest egg. The only time that conversion is required when "cashing out".

All more crypto is distributed to people all over the world, the possibilities just keep expanding. As bags fill, people have more to put towards projects they believe in.

Here we can see how one could take token ABC and convert it into whatever ends up being swapped for the distillery token. Suddenly, one took a tokne received as a reward for something and turned it into a fractional ownership of a distillery.

Try to do that in the present financial system.