There is serious attention being paid to the work week and the idea of work-life balance. 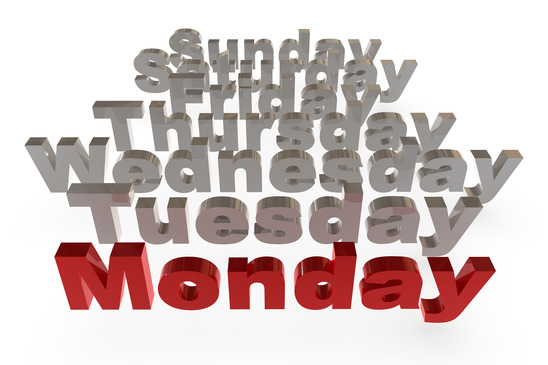 With automation starting to penetrate more industries, especially white collar jobs, serious consideration is being given to how hard people work. Presently, the restaurant industry is looking to automate to make up for worker shortage.

We also see a lot of discussion surrounding the remote work situation. Many are terming it "work from anywhere", which could affect a host of other areas. We are potentially looking at a complete disruption of real estate, both commercial and residential.

A theory that is being experimented with is the idea of a four-day work week. While this sounds absurd, it is vital to remember that there was a time when 6 day was common for people to work. Factories were open Monday through Saturday, with offices and retail following. The only day you could count on being closed was Sunday.

About a century ago, the 40 hour week became commonplace. As productivity was increased due to automation, we see how an economy needed less working hours to push out the basic needs of the society.

Could we be seeing another change taking place?

There was an experiment that took place in Iceland and the UK. There were 2,500 people who took part in the trial from 2015-2019. These employees saw a reduction of hours to 35-36 hours with no loss of pay. They also had flexibility built into their contracts.

The researchers estimate that as a result of new agreements struck in 2019-2021 after the trials ended, 86 per cent of Iceland’s entire working population now either have reduced hours or flexibility within their contracts to reduce hours.

People are starting to look at the overall balance and how much time we put in "at the office". Some countries are taking a more aggressive approach than others. Yet, as we see with the remote work debate, employees are starting to say enough.

We have come a long way in the last 30 years in terms of technology. The manufacturing industry received a huge increase in productivity due to robotics and automation. This reduced the number of workers yet the total amount manufactured increased.

Nowhere is this more evident than in the office environment. The introduction of the Internet really changed the way the world communicated. As we saw the networked environment grow, digitization took over. This altered the way office workers interact. It also changed our relationship to information.

Software companies helped in this endeavor. They designed better management tools which, if utilized, can track what employees are doing. The last 40 years focused upon productivity, a goal that has been accomplished.

Welcome to the modern era. We are highly productive and it is not going to diminish. Each technological iteration only serves to grow our productivity. That is why the numbers we are dealing with get bigger over time.

Do you think the automobile industry would be able to pump out tens of millions of cars they do a year without automation? We are now pumping out 50% more cars than we did 60 years ago.

Logistical operations also made it much easier to move products around the world. Not only can we produce more but we can move it more efficiently than ever before.

All of this ties back to employment. We are becoming wealthier in total due to this productivity yet still maintain this insistence to keep working at maximum pace. Of course, left to make the decision, corporations will keep asking for more, right up to the point where they let people go if times turn bad or they are able to automate the job out.

Since this it the case, we see how a lack of loyalty on either side exists. Hence, employees need to take it upon themselves to change the situation.

Of course, automation is going at such a pace, it might not be relevant. If some estimates are correct, there will be hundreds of millions around the world who are basically automated out by the end of the decade.

For now, it is vital that we keep experimenting with ways to improve the work atmosphere while maintaining productivity. This is something that will help us as we enter into discussion on larger questions which are going to arise as technology keeps advancing.