If you use Dash, Monero, ZCash you are considered criminal 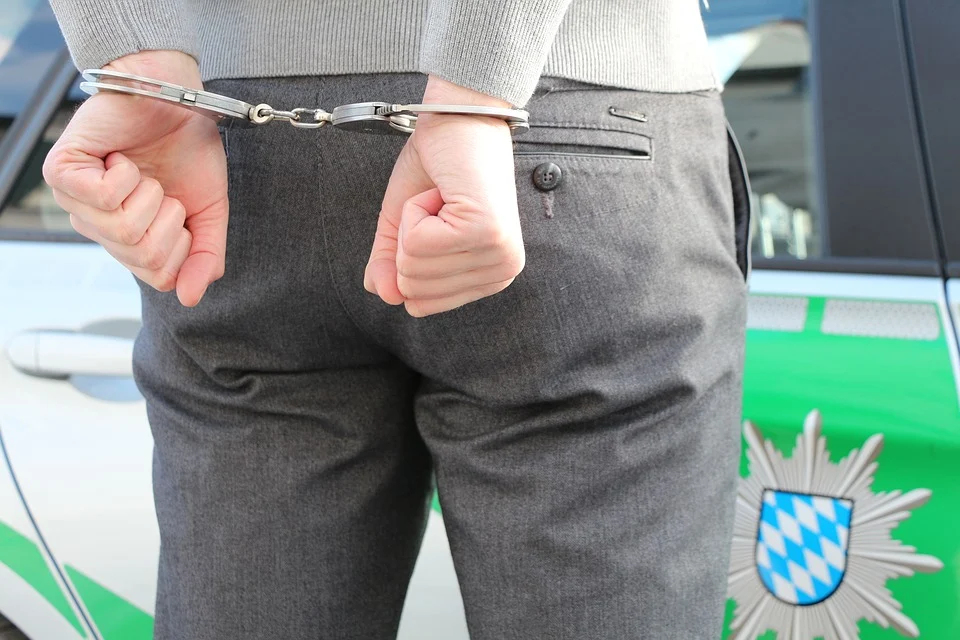 Like encryption, the US government sees anything that protects your privacy as criminal. A recent report released by the Department of Justice (DOJ) confirms their concerns and apprehension with privacy tokens. 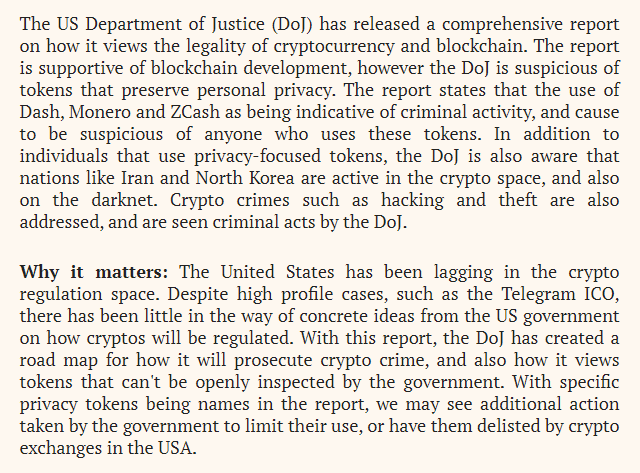 Most governments, especially the US government have been putting a lot of time and money into being able to watch and track blockchain technology for criminal, tax, and control reasons. They are a sleeping giant in what many consider the new wild west.

We live in a world where privacy is critical to our safety. Everything is online right now and without security in the form of encryption and privacy nothing will be safe and we would be better off storing money under our mattress.

Whenever I hear about weakening encryption and adding back doors to things I think of this cartoon. My biggest fear isn't the government, it is everyone else who will take advantage of those exploits and back doors. The government has had numerous hacks on their own infrastructure, around the same time they were trying to get a back door in Apple devices their own NSA hacker catalog was leaked online and numerous if their software tools were leaked as well.

Just right now the government is pushing a bill disguised as a protection against child abuse that includes laws to weakening and criminalize encryption and privacy. If these systems get put in place, you won't even be able to safely use a credit card online without putting yourself at risk.

What scares me is there is absolutely no way to protect yourself from a world of no encryption and privacy.