Been playing the game since the beginning and have an extremely well optimized city.

I am only looking to sell all cards at once, not individually. You can find my complete city here: 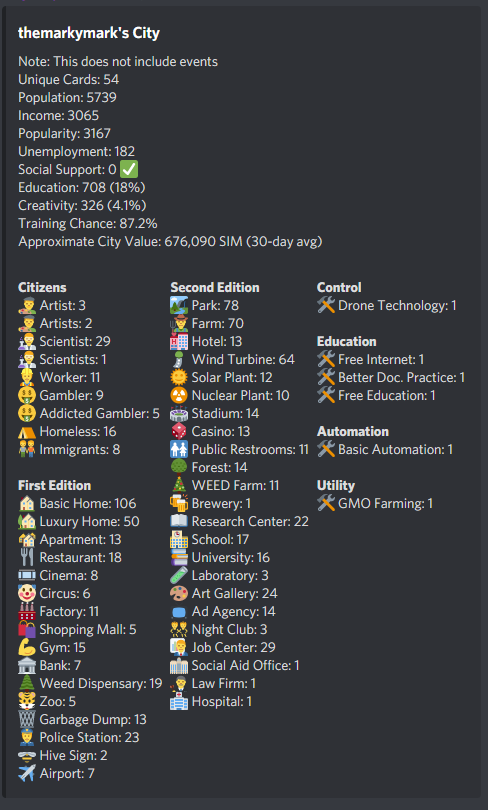 I have a both single unit cards Hospital and Law Firm and I have enough social aid offices to cover the unemployment. The city also produces a little weed, beer, and creative coin.

Education is at a healthy 18% for this size city and can be maxed out at 25% with some effort.

I have a few technologies, but missing most of the higher level ones. I have roughly 3,380 Hive worth of cards based on the approximate city value using the !city command.

If you are an existing dCity user, you can preview my city by typing "themarkymark" in the search bar on the right where your city name is or you can use the !city themarkymark command in the #cityhelper channel on dCity discord.

I will transfer the entire city via the dCity discord bulk command after receiving an acceptable offer. I can be reached on discord, serious inquiries only, I will not sell individual cards.

The city receives roughly 18 Hive/day between SIM & Passive Rewards based on current rank and city distribution.

The reason for selling is to optimize my time so I can focus on other things.