Why Hive is not growing parabolic 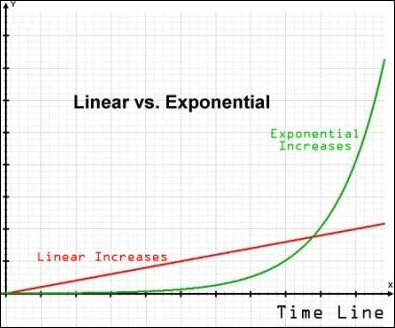 I could write a super long post about why. There are some reasons, but if we break it down to the core points, mainly it is the points apps cant onboard masses without pay the fee for Rcs or Hive for onboarding.

It's nothing new, but with more competitors join the market, things will speed up. And really i don't want Hive to become Myspace ( unlikely IMO).

The reason why wallets are "expensive".

The first is spam prevention. If someone can create a wallet for free, he can make thousands. So the wallet generation cost prevents this ( remember is a blockchain, not a local database).

The second would be name squatting, every name can taken one time. So if someone takes all good names, is also bad long-term.

These are the 2 major points, in the end, to protect the chain ( and this is good because nobody wants a broken chain).

But this is also bad for apps, in terms of building a userbase. If we have a cool game on hive, the game never can onboard 20 Million users. And yes on the Internet 20 Million users are not uncommon.

How we can fix it?

Remember, not the Wallet is the selling points, the functions are.

Would Allow many cool things. Support Dapps for onboarding, invite a friend, and so on.

It should be more in a rewarding system change, like:

Pay the 0,1 Hive for onboarding and get a lifetime share of transactions/blog rewards or whatever. It can be super low like 0,5% but a lifetime.

Maybe transactions 0,3%. It would IMO onboarding efforts worth it. And if someone doesn't like the fee, easy make a Wallet that's self paid.

In terms of 20 Million user app, the revenue from users can become a business Modell, so the app want to be always super cool because earnings increase with interaction right? IMO it sounds really cool and revolutionary.

Apps need some support. Some are cool on the second layer, others not. It is at some points are pointless to make things more complex as they should be.

We don't need a perfect system, we need a working system :)

To linear growth rate, if people become inactive + new people are +-0 there is no growth in activity. And that's the value. Also, many people sign up and don't use it often.

Light wallets would allow getting the first touch without any costs, there would be millions in a short period of time, that's cool :).

In terms of exponential grows many dapps would onboard at the same time, things will escalate that quickly we cant change some things anymore. Because of this, we are in a very good spot to fix things like HDB in a professional way.

My favorite Loan system + full replacement of HDB. It is a broken system IMO.