The launch of HF20 on Hive blockchain implemented a Resource Credit (RC) system which is used to manage the number of transactions that a user can execute on the blockchain at a given time. These transactions include comments, votes, transfers, etc. The amount of RCs held by a Hive account is based on how much Hive Power(HP) the account has and are non-transferable.

Every transaction (comments, votes, transfers, etc) executed on the Hive blockchain is successful when RC is spent, which thus, decreases the amount of RC held. If the RC gets depleted to zero, then the account has to wait for hours for regeneration. The RC regeneration rate however depends on the amount of HP held. For example, an account with 100 HP would take a longer time than an account with 1,000 HP. 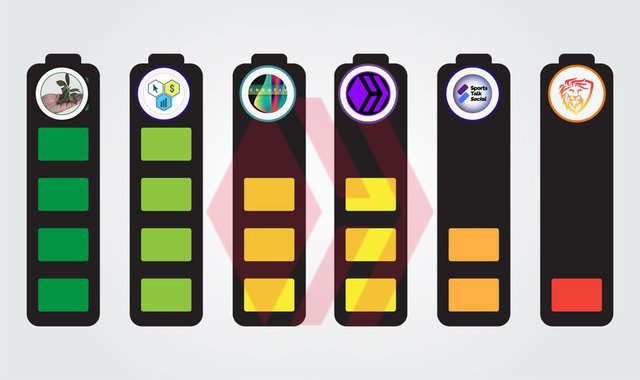 As a content curator, the most of RC are spent in votes which puts the RC at risk of being hugely depleted. This may not be noticeable in accounts with thousands of HP. However, for a second layer curator that has interest in curating posts with Hive-engine tokens such as LEO, SPORTS, LIST, CTP, CHARY, CCC, NEOXAG, PAL, LOTUS, etc, there is the need to manage RC so as to handle multiple token curation.

Where the RC of a second layer curator is not well managed, the curation business may run into losses as there would frequent "wait hours" for RC to regenerate. However, curators with tens of thousands of HP do not need to bother.

The goal of this post is to help second layer curators with small HP but huge stakes of Hive tokens. It becomes more important as most of the tribes now attach a tax for non-native posts.

It is important to note that all content categories do not rank equally on the "like list" of a curator though he may hold good stakes of several tokens like I do. Thus, there may be the need to upvote more (voting power) #leofinance, #sportstalk, #hivelist #ccc posts and less of #ctp and #chary for example. This may not be on the same posts but one may end up losing tons of valuable curation strength to posts with multiple tribes tags.

To solve the above highlighted challenges, Vote multiplier becomes useful. This tool was introduced by @leofinance community in the rewards section of LEODEX (you must be logged in to be able to view the "Rewards" tab).

The vote multiplier helps a curator to vary the amount of hive-engine tokens he gives out on a particular post in a way that helps the curator to maximize profits but with little RCs. With just 50 HP, a second layer curator can profitably curate with 50 million SPORTS, 200k LEO, 200k CTP, 500k CCC, 50k LIST etc. Also, using vote multipliers saves a user from using an alt (tribe specific) on a wrong tribe. The benefits of using vote multiplier could be simplified as follows: 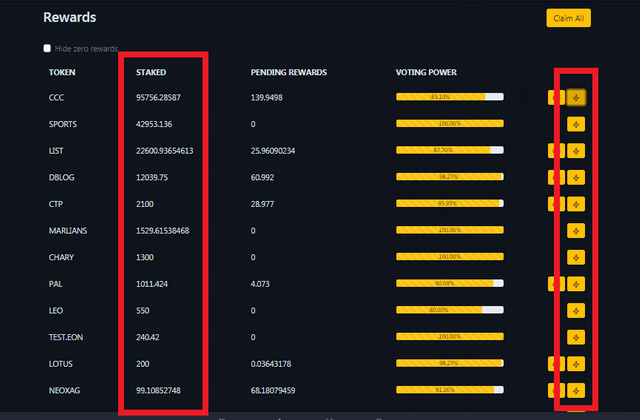 In setting up your vote multiplier, you do that for each of the tokens staked as shown above. Simply click the power sign at the extreme right side against a staked token and then toggle the number between 1, 2 and 3 in the dialog box opened and then submit. Not these:

Using vote multiplier of 2 would save your HP and by extension, your RC by 50%. This means that you can trigger about 10 times of 100% token vote when your Hive voting power is depleting by 10% instead of 20%.

Using the vote multiplier would help you boost your Second Layer curation game with less HP and RC.

Thanks to @khaleelkazi and his team for thinking such innovation for second layer curators on Hive blockchain.