I'm Comfortably Employed as a Content Creator/Consumer on Hive: $474 earned for writing about Finance and Crypto only in October 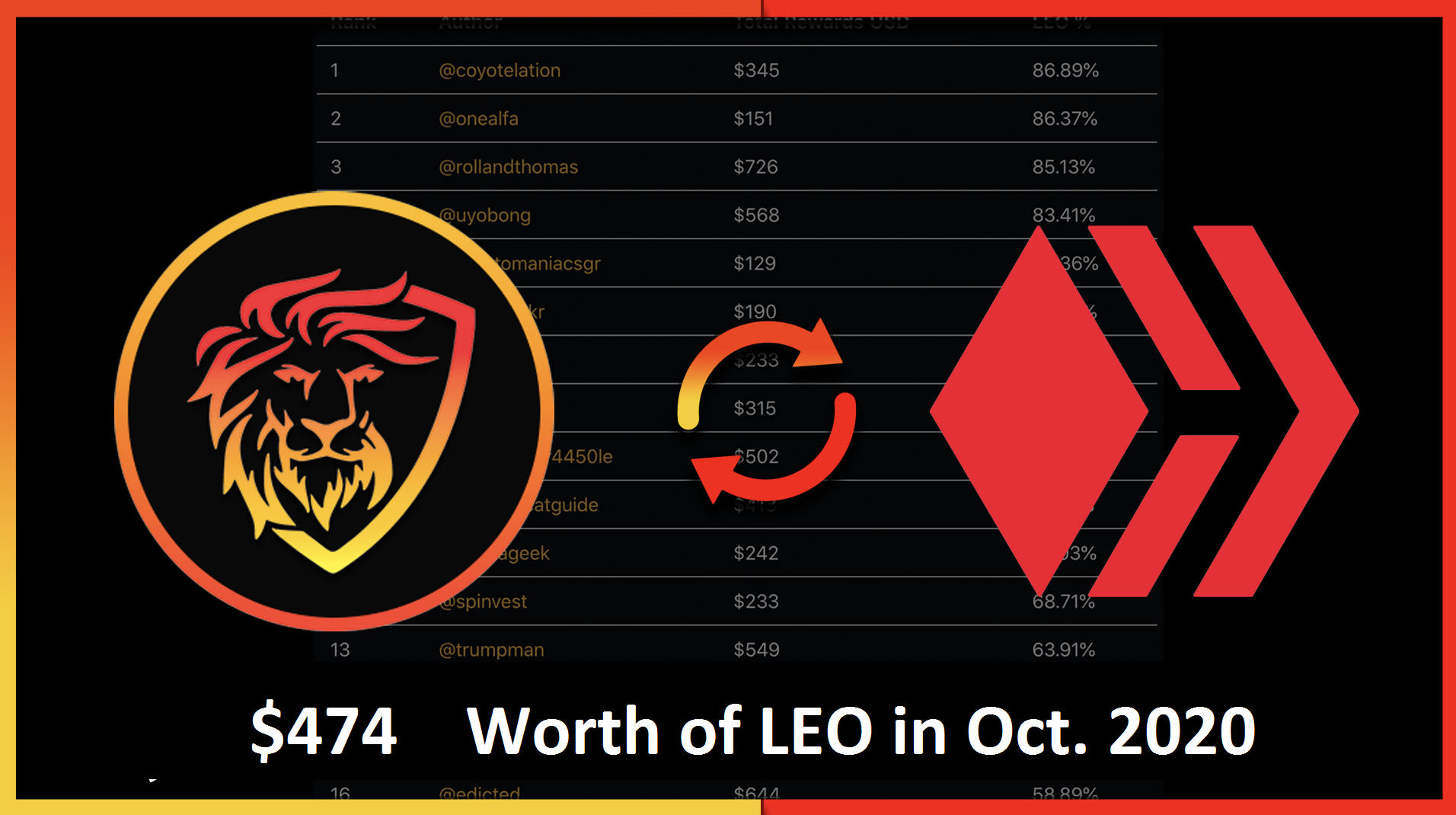 It's no more news that one can be gainfully employed as a blogger in a crypto powered social media like Hive blockchain. With the @LeoFinance community, this is becoming more reachable and one can do just much more with tokens earned from creating contents as well as consuming contents .

I joined Hive in January 24, 2018 and it's just two months away from my third anniversary, yet, I've achieved a level of financial freedom that a regular work with the government using my highest educational qualification wouldn't do in ten years.

Each time, I pride top say that my joining Hive was never a journey to make money, rather is was a place to come meet veteran writers and learn from their skills being that I love writing and my business off the chain revolves around this. However, the learning crave became a pocket-filling adventure for these near three years.

With my lean earnings off the chain before joining Hive coupled with growing expenditure, it was somewhat difficult to save money over many months of working. My budget would eat up my income in advance. I wasn't very surprised as the unemployment situation in Nigeria is alarming. Now the story is different as part of my earnings on Hive blockchain has been saved and reinvested while part sustainably foot over 50% of my daily budget.

I have a Bachelor Degree in Engineering with no place to practice, nor funds to set self up, neither are there openings in government to absorb graduates like me. Three years after my graduation, I took a Master's form to further but got stucked along the line due to funds. I decided to start-up a creative writing business in my city but running a business in Nigeria is way too expensive as we have no reliable power.

Over the last three year on Hive, the narrative has changed as the earnings from my business has been complemented hugely by my crypto earnings from the Hive blockchain. It gets better everyday with the formation of communities which makes it possible to earn other tokens on the second layer in addition to HIVE.

LEO token is one of such tokens earned for creating and consuming Crypto & Finance contents. The tokenized app, LeoFinance.io allows users and creators to engage and share content on the blockchain while earning cryptocurrency rewards. 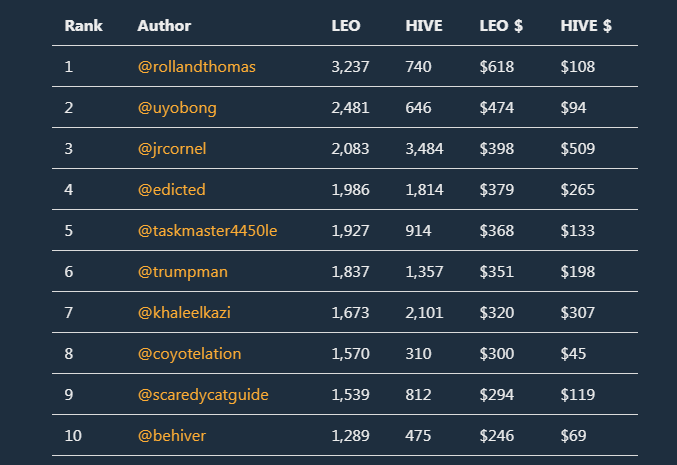 In October, a summarized statistics of the earnings of top creators on the @Leofinance community has been covered in this post and it thrills to be among the top 5 creators in the community with a net earning of $474 worth of LEO.

That amount is worth a big deal as it is equivalent to what a new Ph.D. enrolee in a government parastatal would earn. All I do is get abreast with the happenings in the crypto sphere and share my thoughts as posts on my handle @uyobong. Other users in the community "like" my post and drop some tokens that accumulate to the huge figure above in 31 days.

I hope I just inspired you to start a journey here on HIVE and start earning LEO too.