My First Trophy on Rabona (with $0.25 Reward): Games earn us Crypto on Hive

I've been a participant of Rabona game from day 1 of its Beta launch about Six weeks ago. It thrills that after a successful completion of Six seasons, I won a Trophy as the top team and got promoted to the Higher league.

Rabona is the first game I've really engaged on the Hive blockchain. The journey through the past weeks playing the game has been nothing short of amazing. It's been fun, challenging and rewarding, despite the fact that that game is still in the early Beta days. Beyond the fun, I've built salient financial management skills in the course of managing my virtual football team FC Creativians. Above all, I am building a huge asset of cryptos that would pool a huge value in the near future when the in-game token RBN becomes tradeable in the open market.

Investment in Rabona game cover building and expansion of facilities like Stadium, shops, cafeteria, training center and others as well as building the capacity of the players such that they can be sold out at a higher price than were purchased. It is a simulation of the real time business that surrounds football team management.

Gaming has been projected as the usecase of blockchain and crypto technology that has the potential of driving mass adoption as well as well as draw some more investors. In my previous updates, I've mentioned in my previous updates that I had reached the breakeven point where my initial HIVE investment into Rabona has been recovered in terms of earnings from visit to my stadium, sales of promotional materials and the lots.

Every business endeavour that is futuristic must be able to reach the thrive mode. By thrive, I mean a state at which the "worst case scenarios" would generate just enough revenue that would keep the club going without reaching down to negative balances. 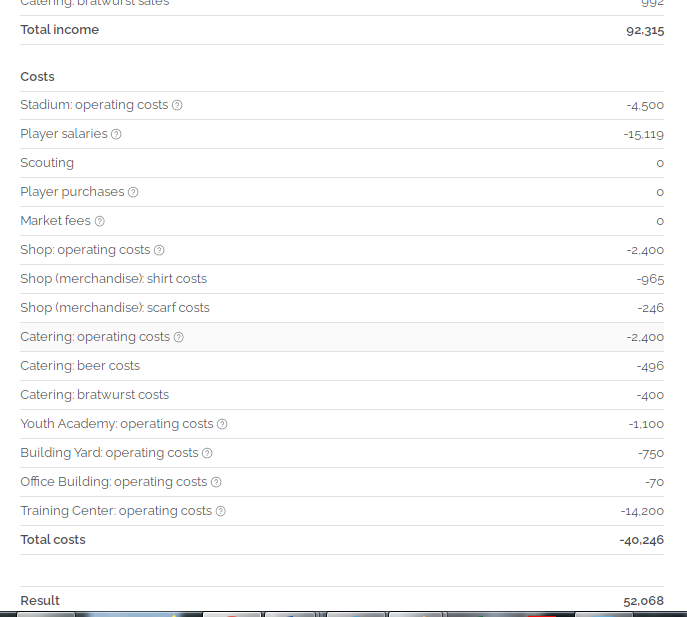 Above is a screenshot of my financial summary in the last match played in Season 6. Staying with a 25k RBN token per match looks cool. I'm keenly looking forward to the combination of factors - assets, team, product sales- that should be able to fund my daily match expenses, yet, keeping the team at a balanced state. It should be understood that the performance of the team has a way of affecting the patronage the team has in terms of visits to stadiums, purchases of fan materials, etc.

While Awaiting to see RBN in the Open Market...

There is a promise by the developing team to open up the trading of RBN in the open market once a good proportion of development expenses have been recovered. That's a unique strategy. While we await that time when RBN could be traded for HIVE, BTC or ETH, wach team receives some amount of HIVE rewards at the end of each season depending on the finishing position on the table, number of teams participating during the season and the amount of HIVE in the rewards pool.

At the end of Season 6, I earned 1.953 HIVE ($0.25) for finishing on Top spot in the group. With that feat, my team gets promoted to the tougher league 1 with 62 points. It was a tough season, but we survived the hurdles. 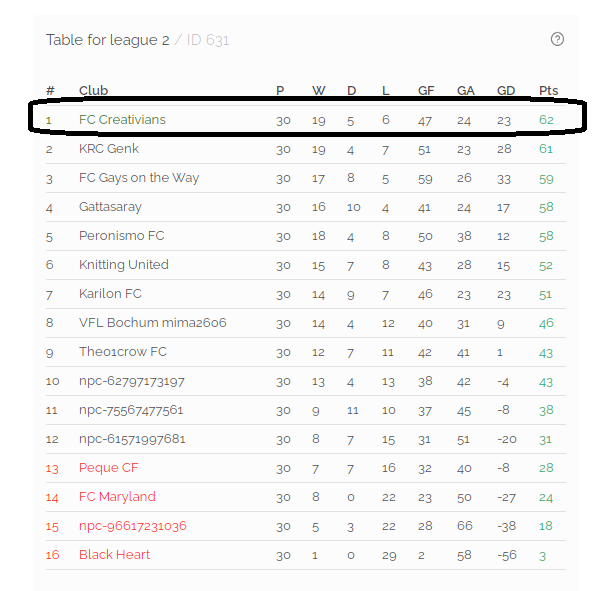 As well enshrined in the guide piece for the game, playing Rabona involves four things. They are:

When the factors are well managed, a successful management career can be ensued with huge crypto benefits.

Rabona is a massive multiplayer online soccer management game. Decide how to build and develop your team, take on the role of the head coach of your team, and manage the financials of your club. Lead your club to the top of the league and become the champion!

Please to use my referral link - https://rabona.io?ref=uyobong to register for the next season so you can earn 25,000 RBN tokens.