Rewarding Post Engagements with Hive-Engine Tokens: My Goals for November 2020

happy New months to all. This post should have come yesterday but my weekends are usually very busy off the chain. My engagement in the month of October 2020 was not very encouraging and this could have been due to the much off-chain engagement I had to restart my regular work and sort out family issues. Trying to get things on a balance and this would afford me the privilege of upping my engagement game here on Hive blockchain and other content-based blockchain with crypto rewards. 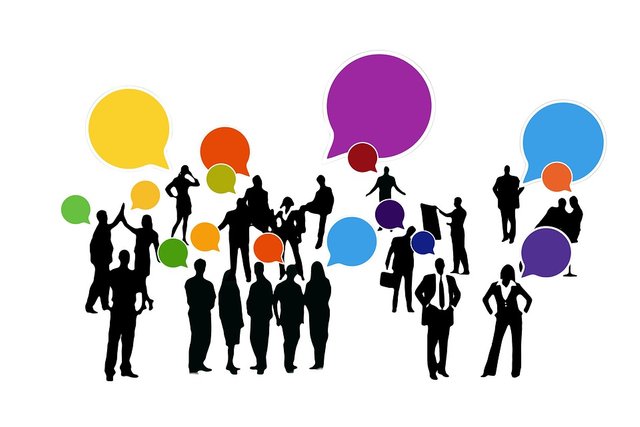 After a successful completion of 33 months on Steem/Hive, I've come to the resolve that only crypto-powered content websites deserve my time. We've seen a lot of them crop up at recent, Uptrennd, Blurt, Torum and many others. This shows that soon, tokenized internet would become the new normal.

Of all these blogging interface options with crypto rewards, there is a struggle for the attention of content creators with different reward concepts and strategies. However, there is a unifying factor in all which places premium on engagement. No one needs to be told how much engagement would speak volumes on the strength of any internet community. From SEO ranking to other benefits, engagement is crucial to earning attention.

We are all aware that at some point, engagement was far lost in Hive as many were all in for the rewards and more. Good that some communities are coming to the wake of the need to scale-up engagement among their members. Some have even set special reward bonuses to those who up their engagement game within their communities.

Aside from the rewards, there is a bunch of knowledge that can be gleaned in the course of engagement on a post with 10x to 100x value added to the main blog post. Like I've said before, I have understood a post better by asking questions and engaging with others in the comments section of a post.

My Plans for Rewarding engagement on Hive

So far, 90% of my Hive investment are on Hive's second-layer and that's where I have some curation influence. I presently have some tangible stakes of 6 Hive-engine tokens - LEO, SPORTS, CCC, LIST, CHARY and NEOXAG as follows:

While I keep building the stakes as I can, I only post in some of the communities - LeoFinance, SportsTalk, Neoxiancity, Hivelist and Chary. In the meantime, I will scale-up my engagement in a few of the communities while others would follow later.

I'm in for the "10 comments" daily target. I'll try my best to give at least 10 unique comments on finance and cryptocurrency posts that are posted through https://leofinance.io/. I will also curate other awesome comments from other users with at least 0.5 LEO reward.

I plan to increase that value when my LEO stake grows further. With that, I should be able to give at least 300 comments in LeoFinance community by the end of November.

There has been an appreciation in content quality in #sportstalk since @cryptoandcoffee secured a slot for #sportstalk in OCD community incubation initiative. As a huge stakeholder of SPORTS, I promised to support all selected posts with a 100% SPORTS curation from my sports curation account provided it would be easy to identify those posts.

On engagement, I will ensure that I also start giving out at least 10 comments daily on Sportstalk posts. This is to help boost participation in the community. I will also be curating comments on posts I curate with at least 2,000 SPORTS.

With the improved features in Hivelist community, it's always interesting to see new products that can be traded with HIVE, LIST and other H-E tokens. I'll keep doing my best to curate as much as are shared as posts and as well engage the comments section.

I'm making plans to push my CTP stake to 10,000 before the end of the year, with that, I'll be able to scale up rewards to users that are engaging other users' posts in the ClickTrackProfit community. Jon and his team are doing a great work in rewarding engagement in the @Clicktrackprofit community already. I'll be glad to join them soon.

Thanks to all other Hivers who are giving their time to curating engagement in different tribes of Hive. We grow Hive together through engagement.