As a cryptocurrency enthusiast, we're always looking at the price of crypto compared to the almighty US dollar; it's been the worlds reserve currency for some time. It is an advocate for how buying power is measured around the world. Even though it has been losing value like any other fiat currency, it's done so at a slower pace due to the artificial demand of being the world reserve currency.

This leverage gives the US far more rope when it comes to money printing and with an ability like that, it was only time before greed would encourage abuse of this system and abuse it they have. But eventually, you can only beat a mule for so long before its back gives out and could this back be ready to snap?

It's starting to look increasingly likely. 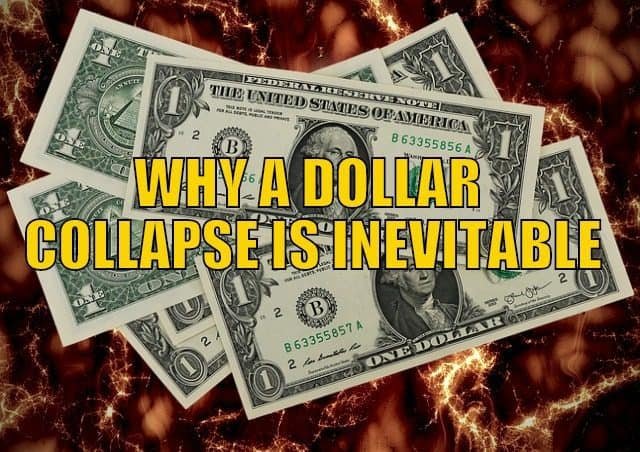 Politicians are desperate to try and prop up the economy, the stock market and Trump is no different; I mean, he needs this if he is to be re-elected. He sees negative interest rates as a way to compete with other economies but if you're competing to lose money faster than other countries, why would you want to compete in the first place?

The funny thing is one of the reasons the dollar has been so strong is because they still have favourable yielding interest rates and its a robust first-world economy that is politically stable. So investors in Europe and Japan looking for yield are buying US treasures and Dollars to buy US debt as it pays them to hold it.

If the US starts to go negative, what would be the point of buying dollars to buy US treasuries?

To get the US to move into negative interest rates, the Federal Reserve will need to open up the printing press on full blast and print money like they've never done before with quantitative easing. We won't know how many trillions they would need to flood the market with to reduce into negative interest rates but we're talking 10s of trillions here, this is not a small amount of money.

If the supply of dollars goes up, its value goes down through inflation and couple that with negative interest rates there will be less motivation to buy US debt by other nations reducing the demand for dollars when the supply is higher than ever before. In some cases, the holders of US bonds will even sell their debt and their dollars further increasing the quantity on the bond market and FX market.

Economics 101 time here folks, what happens to something when the supply keeps going up while the demand decreases?

So who the hell is going to buy these bonds that the Europeans and Japanse would be selling? Well, the Federal Reserve would need to take it onto their balance sheet, by yes you guessed it Printing more money.

At this point, the USD will be in free fall.

So my question is? How long will we still be measuring cryptocurrency in USD? How relevant will it be if this becomes the case? Should we not be measuring fiat in Satoshis?

If you liked this post sprinkle it with an upvote or esteem and if you don't already, consider following me @chekohler