@sulayr and I have worn the Amazfit Smartwatch for the past 4 months or so, and last night decided to see how our sleep was tracked when we swapped devices. 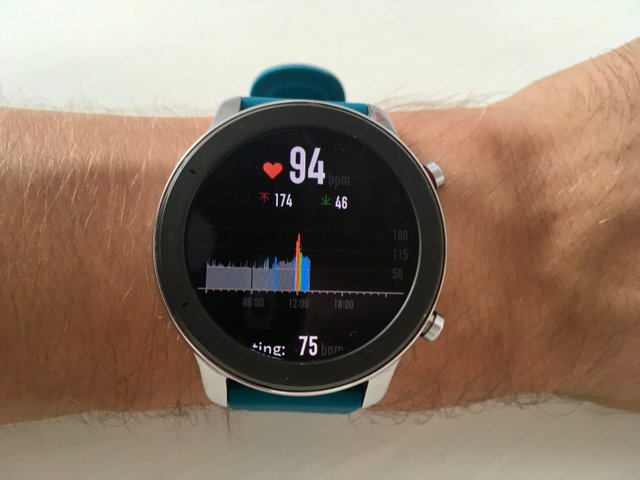 I've really enjoyed tracking my daily activities, my active and resting heart rate, and trying to lower my fitness age down to early 20's using the watch over the past couple of months, but one metric we both like to compare daily is our sleep quality according to our devices.

I've long thought that I am a light sleeper and my sleep quality to be on the lower side of average, but after wearing the watch over the past four months this perception has changed as my sleep has averaged at around 7 hours in total with about 2.5 of those hours in a deep sleep. According to the watch, this average puts my deep sleep in the top 10% of those wearing the Amazfit brand.

@sulayr, on the other hand (hmmmm), sleeps a little longer than me on average but rarely obtains even an hour of deep sleep each night according to her Amazfit - although rarely remembers waking up during the night. I often wake up for the toilet at least once, and regularly have a 'rest' from sleeping after 3/4 hours in bed. And because of the deep sleep totals, my sleep quality is almost always scored higher than hers.

The first image below shows our sleep analysis for the night of the 12th / morning of the 13th September 2020. My record is on the left and despite waking up twice and sleeping for less time in total, I obtained almost two hours more deep sleep and achieved 8 more points on my sleep score. 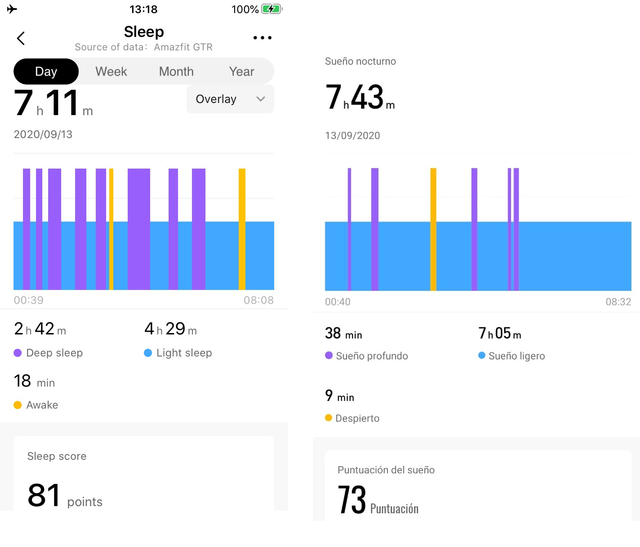 The image below is our record for the 13th/14th September. Less than two hours deep sleep for me this time, but only 25 minutes of deep sleep recorded for @sulayr - not much at all for someone who rarely wakes for the toilet and feels mostly refreshed each morning. 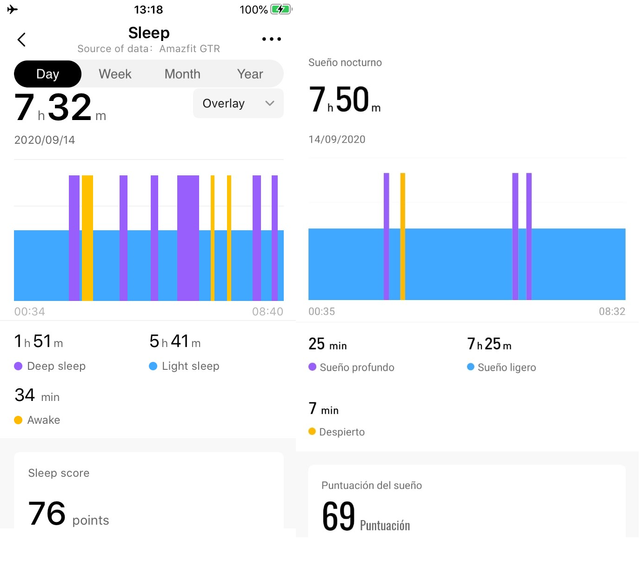 It's probably worth mentioning that the sleep detection of Amazfit is mainly based on "body movement" + "heart rate". When the body movement is small and the heart rate is low during sleep, it is considered as deep sleep.

Looking back through our records, we can see a similar pattern and scores. I generally get less sleep in total but record a couple more hours of deep sleep.

So, what happened last night (14th-15th September) when we swapped our watches?

Again, my application data is on the left, but it was @sulayr wearing my device. Her app's results are on the right, with me wearing the watch. 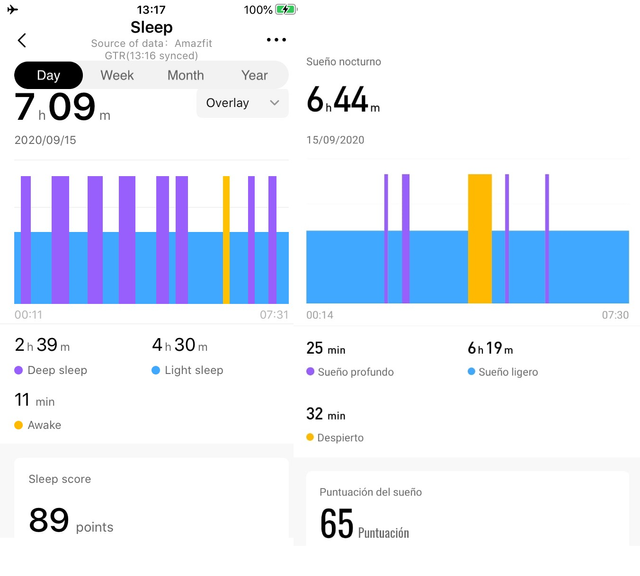 With my watch, @sulayr earned 2h 39m of deep sleep, just two minutes less than my result on the 13th. With @sulayr's watch, I collected 25m of deep sleep, exactly the same score as she got wearing her own watch the night before.

Although not a thorough experiment, as only one night's data with each others watch was recorded, it seems like it doesn't matter who wears which watch - mine records far more deep sleep. 25m is my worst deep sleep score by over an hour and a half, and 2h 39m is over 1.5 hours better than @sulayr has ever scored with her watch.

So who's watch is closer to the truth? Mine, hers, neither? I'm a bit disappointed to be honest, even though "body movement" + "heart rate" doesn't sound like reliable indicators to begin with.

This comment was made on one of @tarazkp's posts when he wrote about his Amazfit which breaking soon after purchase in June. Although mine hasn't given me any major problems, I do think I'll be heading for a Garmin at some point soon. The watch has quickly become a key motivational gadget for me, and I want what it tells me to be accurate! 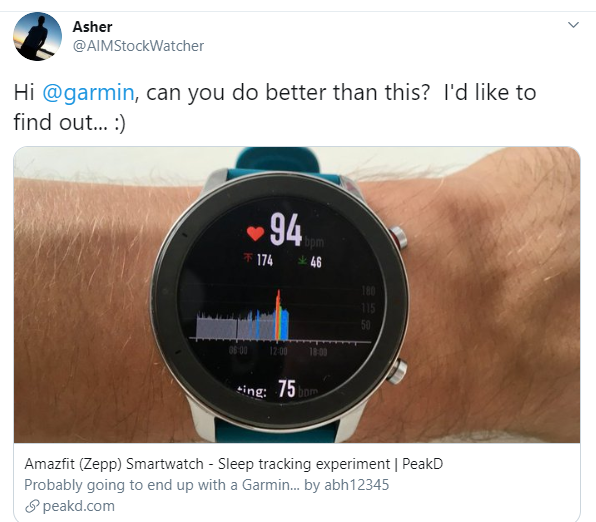