Splinterlands vs Plants vs Zombies

Before we get to the content of this post I would like to bring attention to two things, the first being Splinterlands Facebook-Telegram Update & Contest in which you can win yourself the all so popular Splinterland card LORD ARIANTHUS. Click the highlighted link above to visit the main topic and to read details on how you can participate in the giveaway. 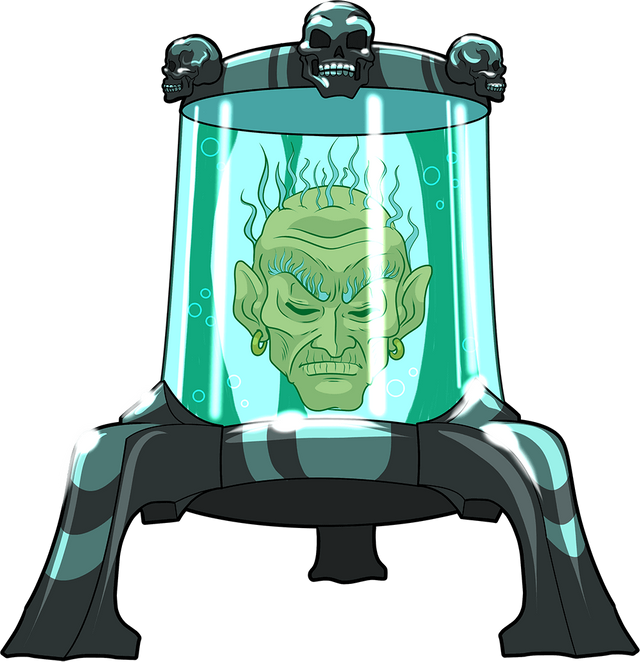 While passing through the galaxy on his starship, the great and powerful Lord Arianthus noticed signs of life on a planet below. Apparently monsters of all sorts were battling one another in endless competition. Lord Arianthus, enjoying battle and competition very much himself, decided to land on the little planet. He would show these puny monsters the meaning of defeat! 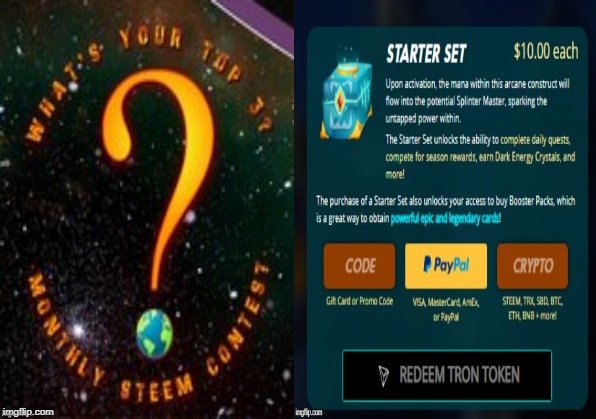 Splinterlands vs Plants vs Zombies

Splinterlands (also known as Steemmonsters) is a digital card game created by @aggroed and @yabapmatt. Early game release has launched and prizes are already up for grabs. You can start investing in or playing Splinterlands by clicking here.

What is Plants vs. Zombies?

Plants vs. Zombies is a tower defense video game developed and originally published by PopCap Games for Microsoft Windows and OS X. The game involves homeowners who use a variety of different plants to prevent an army of zombies from entering their houses and "eating their brains".

I remember playing PVZ on the computer and then later on the X-Box 360. It was a highly addictive and fun game just like Splinterlands. One of the notable characters is none other then Crazy Dave who liked to pop up from time to time and give us some advice. The game was/is very popular and has spawned a couple different sequels but nothing beats the original. You may be wondering, "What exactlly does this game have in common with Splinterlands?".

First off both are very fun to play and if you haven't played one or both I highly suggest that you do. The biggest similarity of these two games is the pick and play feature in which players have a set amount of "Slots" to pick their favorite in game cards to defend themselves.

Splinterlands allows for six slots and has a MANA cap in which also dictates how many monsters we can use. The lower the MANA cap the harder it is to fill those six spots. Plants vs Zombies can allow up to 10 Slots but you only start with Six and need to purchase the others.

We face against the computer in a campaign mode in Plants vs. Zombies while in Splinterlands we battle vs. other players. As already noted both games have Slots for picking our cards. Splinterlands has something that's called MANA cap in which dictates how many slots we are able to fill of our Six allowed. Plants vs. Zombies uses something called "Suns" in which is needed to plant our defense vs Zombies. Both games have specific abilities attached to each of its in game characters in which can be used in specific situations in order to defeat our enemies. So as you can see there's many similarites to these two games.

I think it would be awesome if Splinterlands introduced a campaign mode similar to Plants vs. Zombies for our monsters. We could face off against a computer while we defest them for DEC (Dark Engery Crystals) or other in game goodies.

I also think there's potential to add more slots to the Splinterlands game similar to how Plants vs Zombies does. There would be multiple ways to introduce such a feature. One such way is offer players the choice of having an extra slot but their DEC (if they were to win) would be cut in half (DEC is earned via winning battles in Splinterlands).

A third way to introduce an extra slot for our monsters would be to allow us to buy (with DEC or SPT) an extra slot to use when we see fit to do so just as Plants vs. Zombies does.

I believe doing one of my suggested above for introducing an extra slot option will add a new skill to the game. Are you good enough to beat your enemy with one less slot or do you want to spend your freely earned currency for that extra slot? This wouldn't be a pay to win feature as DEC and SPT are both earned for free and using that extra slot would be 100% optional. 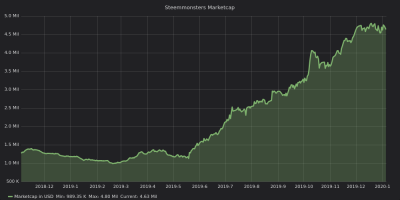 The Splinterlands total marketcap has held fairly steady over the past 48 hours with not much movement. I see this as a sign that we're likely reaching the point of the FOMO for UNTAMED settling down. This means we will see a more accurate marketcap number compared to what we been seeing over the past month or so. I suspect UNTAMED card prices to continue to drop in the short term until they reach their true value in todays market.