How to be a 2-faced hypocrite in 3 easy steps. Also, will Bittrex do the right thing or cave? 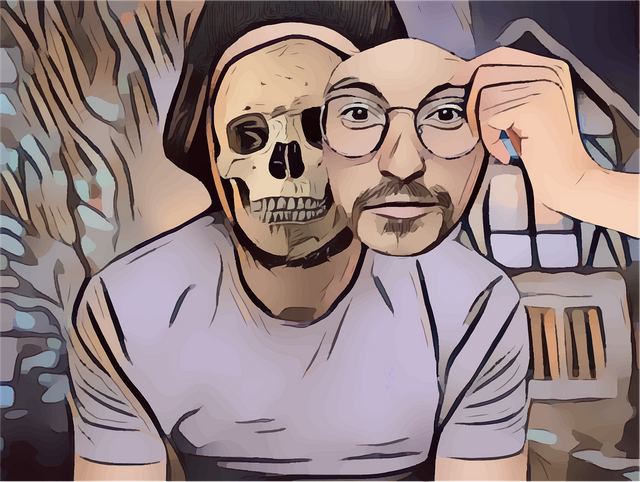 I've watched this Justin sun drama unfold for a while. Every time I thought he couldn't be a worse ass hat I've been wrong. What a monumental bastard.

Anyway, this rant is on the "they are thieves" side of things, as in Justin is calling Hivians Thieves for not having aidropped Hive to all Steem users. What's ironic and idiotic is that he's using code the Hive witnesses wrote to punish Steem accounts. So, he's pointing at them and calling them thieves and using the literal exact same code to target freeze and steal funds.. Anyone who can't realize the hypocrisy there needs their head examined.

Here's the difference though. Hive is a new blockchain, new name, and the people here can create consensus however they see fit. Steem is a different blockchain, but HF23 didn't create a brand new blockchain. People expect that with hardforks the code can change, but their assets stay safe. As Dan noted on twitter, Steem fell to a sybil attack. Funds aren't SAFU. The attackers, Justin via his puppets, used their weight to steal funds from user accounts. What a shit show. That's not consensus... that's a what a malicious attack looks like on the blockchain level.

It's pretty simple. You're not entitled to anything on a new chain. You are entitled to fund safety on an existing chain. I continue to think that not awarding those accounts Hive was a bad idea, and that much of this bullshit could have been avoided if the airdrop had been to all non-steemit accounts. But even though I disagree I respect the right of the founders of Hive to define consensus how they see fit here. When you venture out to create a new blockchain with a new name you can do as you see fit. The founders have every right to not include Justin Sun or anyone else on a new chain.

To add insult to injury. We heard on the Clown Hall how people were being bribed to run a Steem witness. I mean, that's pretty low to me. If you're taking outside money to run a witness and bow to Justin that's pretty disgusting. If you're going along with a heist from community members you're a low life criminal.

Anyway, what's extra driving me nutz is how crytokaren aka Justin Sun is complaining about theft of assets while using the same code and somehow justifying it. They are complaining about how things happened on Hive and using the EXACT SAME CODE TO DO THE EXACT SAME THING ON STEEM. What a flaming asshole. Not only is he targeting accounts that acted against his will, but he's targeting accounts that haven't even been active in years. The whole thing just boggles my mind. This is nothing more than a crypto heist.

Steem isn't SAFU. You might be able to bend the knee and get a load from Justin, but everything about that place is so tainted.

Bittrex I think should be smart enough to know the difference here between a legit community consensus and the equivalent of a 51% attack being carried out. Private companies don't always grow spines, but here's hoping they do.

I've taken some shit for keeping my witness running on Steem. I think we all would have been better off if rather than leaving in a huff we all kept the witnesses running. 23 and even some of the soft forks could have been prevented until everyone got their steem out.

Lastly, to whichever Korean double crossed their conspirators I'd like to thank you. I don't know how many people had access to the keys, but someone over there deserves a big hug. Either that or R0n... but I don't think he coulda done it.

PS as an intentional act of bastardry I have decided to not actually put 3 easy steps in this post. Muh ha ha ha ha ha ha.