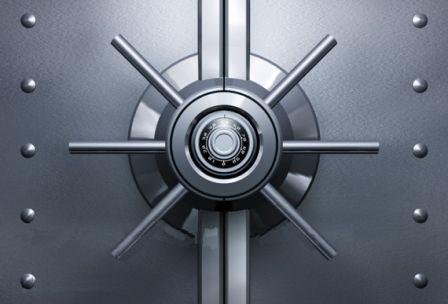 It's been 3 days since I've powered up to 23k exactly.

I've made 4 Steem that can't be downvoted in that time.
Cool beans.

So Steemit Inc. says the interest rate should be about 2.19%.

The number I've calculated (2.12%) is very close to that considering how liberal I'm being with the numbers. Truth be told I don't understand why it's that's high. 15% of Steem's inflation is supposed to go into this, and Steem has less than 10% inflation, so I would expect the APR to be less than 1.5%.

Okay so I'm assuming that 100% of all coins are powered up. The less people power up coins, the higher our vote power is and the higher our dividend APR is. Liquid coins still generate inflation that are then controlled by users who hold non-liquid coins (and witnesses). Therefore, because only 62% of Steem is actually powered up, we get a bit of a bonus there. This is where the variability comes into play.

The higher our dividend APR...

This is why my idea is such a good one. Say we transfer that 15% inflation to the bank accounts, how much would the APR be then? Instead of calculating the interest using the 62% of all Steem powered up, we'd be using the percentage of coins being stored in the bank account. This number would be a lot lot lower.

Say there were only 10 million coins stored in the bank accounts. That would be 3% our total supply in these accounts. Assuming Steem's inflation rate was something like 8% we could legitimately make the claim that our APR was much much higher.

See that? If only 10 million coins were stored in the bank accounts after implementing this solution we'd be offering 40% passive APR. That's insane.

And also not sustainable.

Obviously, if the APR was this high many more people would be motivated to transfer funds to the bank accounts, diluting the APR rate. However, even if there were 40 million coins transferred to these accounts we'd still be able to say we were providing a 10% return, which is still pretty damn amazing. It's a marketing dream, truly. We can 'magically' turn that 2% into a much higher number.

What happens if those 40 million coins were taken directly out of our powered up supply? All of a sudden, everyone who still has powered up coins has a lot more vests per coin. Our upvote power would go up without the price of Steem going up. Pretty bad ass. On paper, it looks like everyone wins, even if there are some drawbacks behind the scenes. (like no longer getting the APR for powering up)

However, I hardly think that matters... because people don't really notice the APR as it stands now. They sure as hell would if they were getting a 10% return instead of 2%.

I don't give two shits about those 4 coins I just generated passively. Do you? I'd much rather have that inflation allocated to the bank accounts where they belong to increase the total value of the platform using a model that normal folks understand: bank accounts that pay dividends. 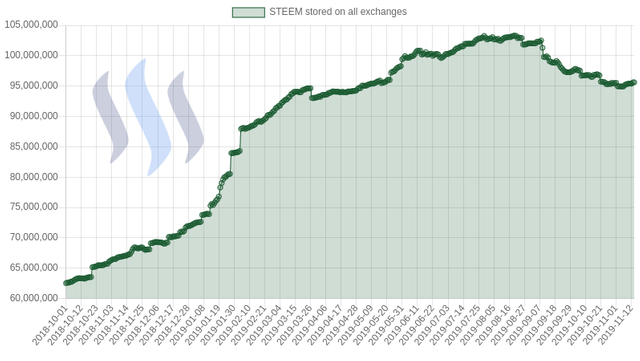 What happens if that 40 million got taken out of the liquid supply instead of the powered up supply? Well, that would be even better, because as @penguinpablo reports on a weekly basis, there are currently only 95 million coins on the exchanges. This reduction in supply of Steem would greatly increase the base value of all coins, which is far more important than our measly inflation rates and dividend payouts.

We all know that Steem can go x100. It's literally already happened. Mechanics like this will make it happen again.

It's passive. It's easy. People understand it. It fits in perfectly with the current UX. We need to be thinking about what the average person wants sometimes, not what all us fringe people are used to. Simplification is king.

Let's say 104 million coins gets powered down and then pumped into the bank accounts using this incentive. We'd still be offering around 5% APR on the bank accounts, yet everyone's upvote would be straight up doubled in value.

Think this speculation is actually ridiculous? Because it's totally not. If 50 million of those coins instead came from powerups and 50 million coins came from the liquid supply, our upvotes would likely more than double due to the USD value of Steem going up. 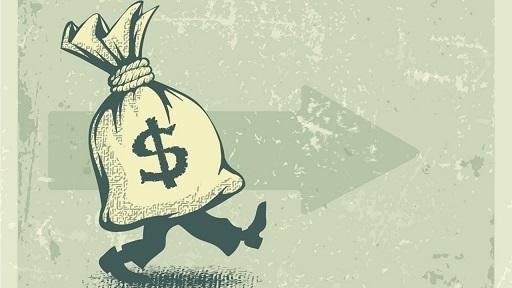 Steem bank accounts have already been implemented (since inception) and we are foolishly allocating our interest rates to people who are powering up rather than people who want passive dividends. It's hard to fathom why no one is talking about this issue. I find it very frustrating.

Everyone understands that a bank account should have dividends, and Steem can prove that we can offer a deal that is magnitudes greater than any conventional bank. In the face of negative interest rates, the time to fix this problem is now.

I can all but guarantee that this diversion of inflation would be good for literally every single person on the platform. The likelihood that it creates a scenario where more money is allocated to the bank accounts than there should be is very very high. Users will pay a premium for the convenience of passive income, and all we have to do is take away a measly 2% APR from active community members, while simultaneously increasing the overall value of the platform by much more than that.

This is a no-brainer.

I will die on this hill.