We are in the final rundown to Hardfork 21. Our posts now will pay out under the new algorithm. That will mean less author rewards and more for curators. Most of us are not sure whether we will be worse off, but it does not look great for small accounts. We know Steem as a platform is not in a great place. After over three years it ought to be a lot bigger, but people have been put off by the complexity and others have left due to intimidation or lack of results. They can see greedy people just going for short term gains when some of us want to build a platform with a future as it has so much potential.

The Steem coin has shown some improvement over the last day or so, so maybe speculators think things will improve. We need them to invest into Steem and power it up. They can earn twice as much as before just by voting.

Some people have expressed their frustration. @arseniclullaby thinks Steemit could make better use of featured posts. At least he is still around and sharing his comics with us. It just seems a shame that his hard work earns about a dollar whilst someone says 'yay crypto!' can make much more. This platform has to be about much more than just crypto if we want it to grow to many millions of users.

My own votes are targeted at posts I think help make Steem more attractive. That may harm my short-term curation earnings, but I think we have to decide if we want to help the platform and not just ourselves. If Steem grows then the coin could be worth a lot more and then we all benefit.

HF21 also brings 'free' downvotes. I would hope some of the big accounts will make use of this to deal with those who abuse the platform. I will continue working with @SteemFlagRewards to target those. A prime example is @crystalliu who churns out dozens of junk posts each day and is still buying votes. That ought to be less profitable now, but he does not seem bright enough to notice.

I will suggest some more creative people I think you should consider supporting. If we can build a good community of creative artists, writers, musicians and photographers they will tell others. Maybe more of them should be using Creative Coin as that has a better signal to noise ration.

I can create Steem accounts if you know anyone who needs one and does not want to wait. I will delegate to people who can show they have something that will benefit Steem. @TenKMinnows will also support them with votes.

HF21 is a change, but maybe it is an opportunity for a better Steem. Ultimately it is up to us the users where it goes.

Please add your own suggestions of cool people in the comments or make a #FollowFriday post.

I will be at the London Meetup organised by @redrica next week if anyone wants to chat to Steemians in person.

The geeky guitarist and facilitator of the 10K Minnows Project. 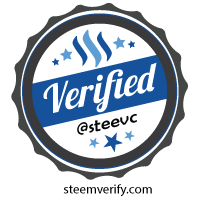