The bloody revolution of hardfork 21?

People have been furiously adjusting their votes to maximize their curation, bidbots tweaking their numbers to make sure that they maximize their profits while offering the bare minimum to buyers and as little as possible to delegators without them moving their stake. ooooh... excitement.

You know what is going to be interesting about the downvote aspects to come? 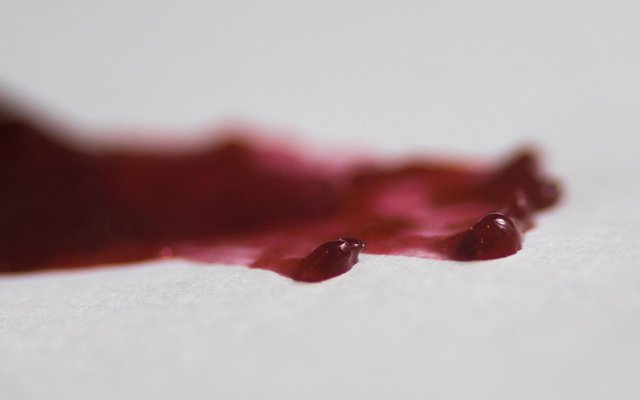 Bidbot operators see what they do as a business. What this means is that downvoting the content of those they vote on is messing with their profits and, they will have to defend their business model, right?

Let's say that there is a bidbot that wants to use its delegated stake to downvote content that it has decided isn't worthy of the reward it is getting. This is likely to be a post that has been upvoted by other bidbots and downvoting it costs them curation return and chases away their customers if the posts start running a loss on the purchase as, these aren't up there for advertising purposes.

This is my corner MoFo!! Don't make me pop a downvote in your ass!

So, a bidbot can't let that shit slide because it means that they are going to attract more of it and in that case, the delegators will "be forced" to move on for a higher ROI. so, they retaliate. But, what can they do? The same. They can target the users of the offending bidbot in an attempt to force a truce, but in doing so - they expose themselves to looking like dicks (more like dicks) and they lose the delegations anyway as it is moved to "less-dickish" bidbots - perhaps one or two who actually think about what they are voting on to some degree and, downvoting on.

Yo corner is mine now, Biaaaadbot!

But, that isn't going to sit well with the other bidbots because if one or two grow in strength heavily, they will be able to control the content of the others by downvoting undeserving rewards away and then some to drive the customer base. Hmm - it could create a bit of a bidbot conundrum as to behave poorly will attract active stake to clip wings combined with a moving of the stake to better behaved bots so, what to do?

Well, perhaps a blacklist isn't good enough, perhaps they will have to defend their businesses by actually making them businesses, with rules and employees and overheads. Overheads aren't great because, that reduces ROI and to think that they are already taking a slice of the pool from delegators as a payment for their services, they will have to tak a larger slice to cover costs.

At some point, this would reduce the ROI to the point that it would likely be better to just curate manually or set some autovoters on content that isn't likely to collect flags and be done with it. Potentially, the easy money of the bidbot era might come to an end if the bots either don't use their downvotes well which means not voting on shit themselves, or retaliate it into a war of stake until they are left with no stake as their delegators flee the ridiculous nature of the operators.

But, the real winners of a bidbot flag war would be... the community. Essentially, a war of the bidbots would be mass redirection of stake from pool to post and back to pool - and once in the pool again, it will be left for those who still have voting stake to distribute, which is all those who do not delegate to the bidbots. The more bidbots flag each other's voted content, the more that is in the pool for the remaining stake to distribute. Potentially if all delegated bidbot stake was redirected back to the pool for redistribution, there would be something like 40% of the pool returned after voting and, that 40% that first took it out wouldn't be able to vote again.

Now, there are only 2.5 free downvotes coming which means it would be more like 10% of the pool returned before they start burning their upvoting power, but combined with the rest of the community using their stake to upvotte decent content and double down on the downvoting of crap, the pool would actually look quite healthy and would somewhat resemble the experiment done by @smooth and @abit in early 2017, the "no whale vote" experiment as the bots start to cancel each other out.

Curation initiatives. These are going to become much more important as they will be able to help posts climb over that convergent curve and get better rewards. This also means that they will be able to demand better content to vote on. Does anyone remember when getting a @curie vote meant going to trending? Perhaps these days would return after the bidbots go to war as not only will they have more draw power on the pool, with 50/50 curation available and there being little downvote potential on what they support, curation could bring sexy back.

While this could all get real messy, real fast - What I think is that the bidbots that "go to war" on other bidbots essentially guarantee their own demise but they essentially must if what their business does is seen as harmful by active stake willing to wield it. If a bidbot starts using its stake to attack those who downvote the poor quality content of some of their buyers because the downvotes cost them profits, will the delegators keep their stake with it considering there are better options?

Even though many people are scared of downvotes because of the potential for individual abuse, they actually have the potential to stop a much larger degree of abuse and once that is taken care of, there would be more "good acting" stake to combat the more isolated incidents.

While it might not be a pretty sight while it happens and there is likely to be a lot of various forms of collateral damage, we have to remember that this is digital collateral damage. Revolutions however bloody, tend to reset an economy and following them there is a great deal of growth undertaken that improve the situation going forward.

People have constantly argued that it is the community that is the strength of Steem and in this hardfork, we are going to put that heavily to the test through the way people behave with their flags. A strong community member is likely going to be the one that not only upvotes decent content, but finds the shit to downvote too and if that happens, the chances that the ROI o the bidbots is affected and then - they will have to adjust. If they get aggressive and retaliatory, they will lose their delegations so their only move is to really, clean up their act. Of course, this depends on what the community does in a supply and demand economy and what each individual is ethically motivated by.

The last thing to remember is this:

The highest ROI for any current investor of Steem, is to make this the kind of place where many people want to hangout at and interact. The highest earnings for content creators will be by attracting stake to vote on their posts by supplying what is worthy, attractive and compelling for the audience. These two things go hand in hand and I hope that finally we are on the path to harmonizing for the betterment of the better community.

This could be our pivot.