Why The User And Posting Stats Are Somewhat Misleading

We head it all before . People complaining that the number of accounts posting on Steem had steadily declined. This is compounded by the fact that the number of posts are also down. These numbers are evidenced by the regular posts put together by @penguinpablo.

There is no doubt that many people who were posting here no longer are. Over the past two years, the ecosystem lost some good people. That cannot be denied. However, what was the overall result? Are we looking at a situation that is much worse?

I maintain that the Steem ecosystem is much further along than it was back then. Development has taking place at a rapid pace bringing about a number of useful innovations. That said, many want to focus upon the accounts transacting and the number of posts.

So let us look at that.

I chose a date at random from January 2018 and the latest charts that were put up. 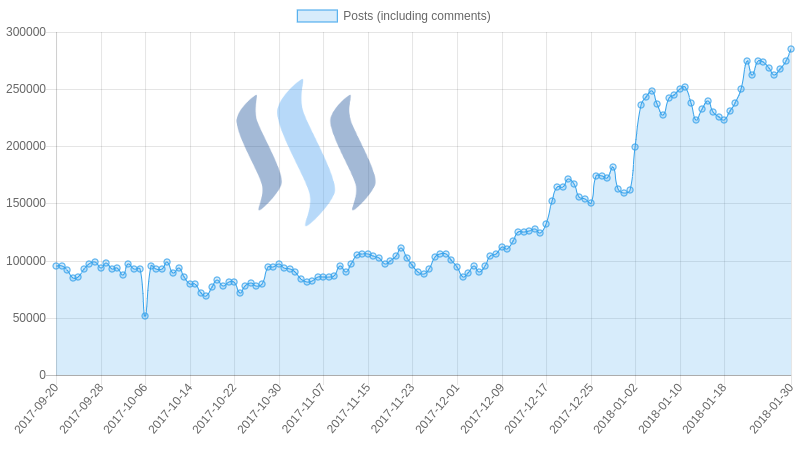 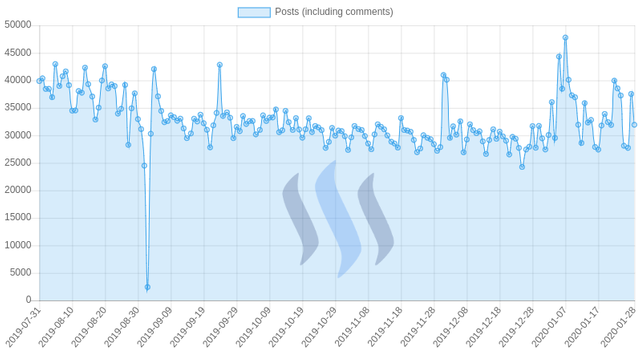 Obviously, when looking at the number of daily postings, this is horrific. The activity is down over 85%. Obviously, this substantiates that Steem is in a great deal of trouble.

Let us look at the accounts transacting. 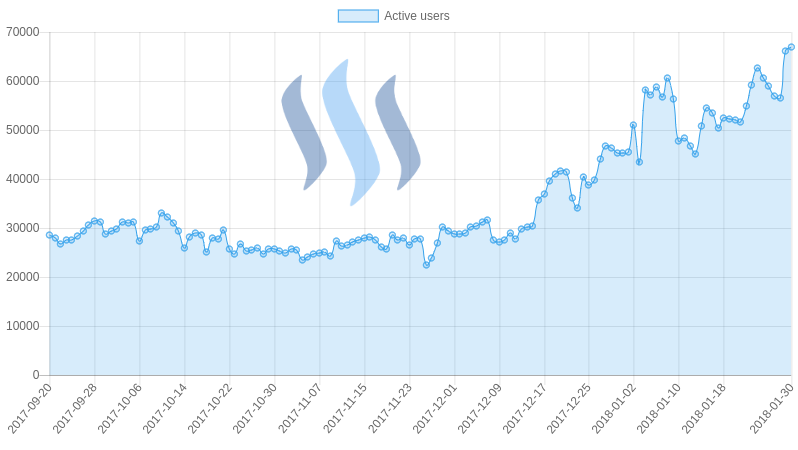 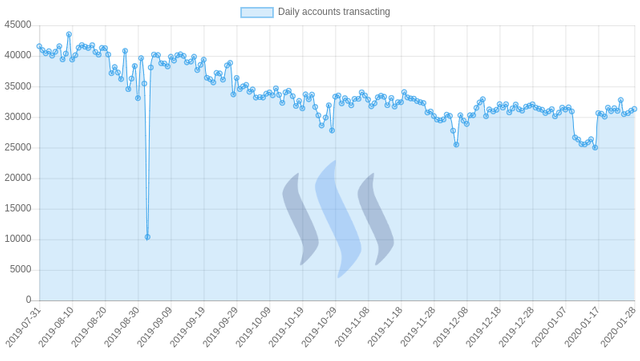 Here we see a bit different situation. The number of accounts transacting was cut down by half. Yet if the amount of activity is off by more than 85%, that means it was the active posters who left.

This, of course, is awful. How can anything good come when the most active users on a platform are leaving?

This is where the raw numbers are misleading. Does anyone remember what was taking place in the early stages of 2018? Do we recall some of the accounts that led into these numbers?

Let have a bit of a refresher course.

Do you recall the commenting that was done at that time? There were a lot of comments posted. Certainly we want them back...or do we?

Does anyone remember the comments that went something like this:

Great article. Please check out my latest article at ______

Let us not forget the posts that were just a YouTube video with no text put with it.

The challenge was, at that time, the blockchain was being spammed. There were bots (outside the bid bots) that were simply posting comments all over the place. Each of these posts was taking under .05 STEEM yet it was adding up.

There was another event taking place during that period that many are overlooking.

Does anyone remember the flag wars? There were posts that received thousands of comments, many made by automated accounts going back and forth. Some people were setting up hundreds of accounts to engage with "the other side".

We had a number of articles that would take forever to load simply because they had so many comments. Of course, the ones that were done by humans were not very complimentary either. Hundreds of comments in each post going back and forth calling each other names.

That was what, for the most part, constituted engagement.

Perhaps there is a better way to look at activity: in the context of the entire industry.

According to State of the DApps, here are the top 5 ranked applications.

Steem had two of the top 5 ranking (#1 and #3). More importantly, look at those users numbers. Splinterlands has 5,000 and Steemit.com comes in at just over 2,000. Yet they are ranked at two of the top 3 DApps.

Perhaps the 30,000 transacting accounts is a decent amount after all.

We also have this gem from dapp.com as it appeared in an article on Cointelegraph. 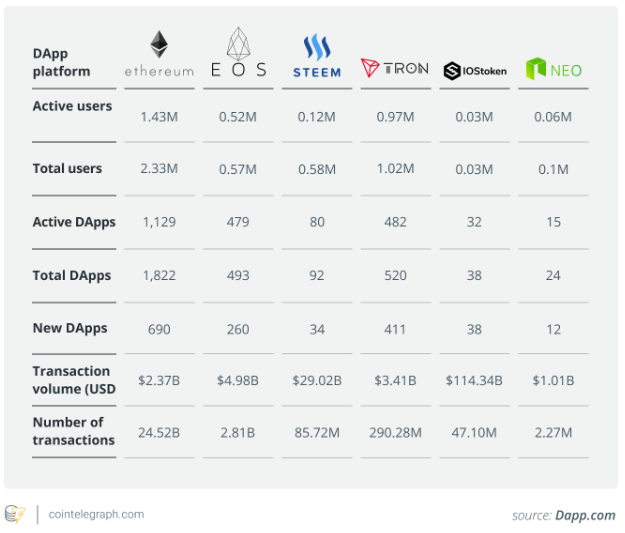 We all know, at this point, in terms of users and activity, Steem is not in the same class as Ethereum, Tron, and EOS. However, it is the next one on the list when it comes to DApps and their usage. This is a very important point that cannot be stressed enough.

The move toward mass adoption is going to come through the use of applications. I do not think there is much debate about it. However, the question remains was is going to be the killer app that brings the folks in? At this point, it is anyone's guess.

However, what we can conclude from the situation is that Steem is not dropping as rapidly as people believe. There is growth still taking place on many levels. Yes, the raw numbers tell a different story but that can be corrected with a few accounts set up to spam comments all over the place. Does anyone want that again?

Of course, for anyone who feels this place is collapsing like the Titanic, I suggest you abandon ship before it gets too bad. There are plenty of other blockchains to choose from.

Heck, there are even a few out there with "Steemit Killers" on them.

For the rest of us, it takes very little effort to look past the headlines to see what is really going on. The bear market turned a lot of people away and Steem was not immune to that. It happened across the board. 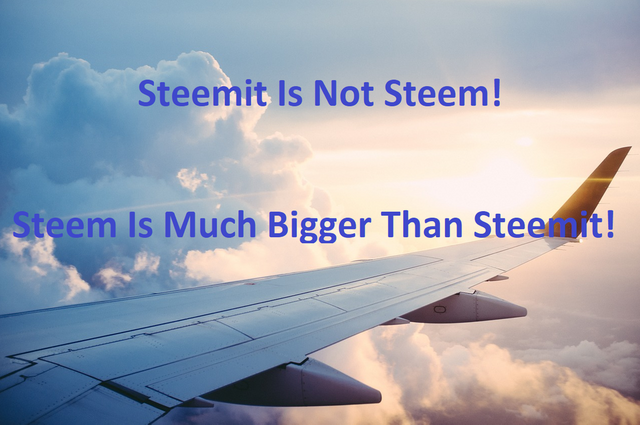