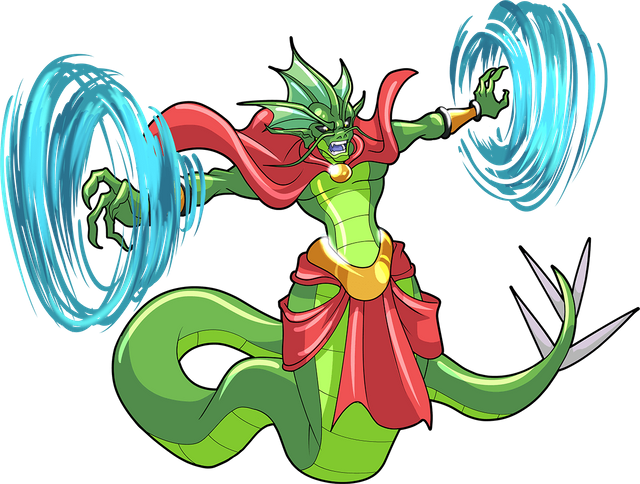 Since they are an amphibious people, Naga of the Water Splinter generally prefer to live under the waves, where life is decidedly easier to control. Still, some of the most rebellious of the gilled have decided to make their homes in the open air. These Wind Naga have taken a special interest in the air itself, which they find easier to manipulate with their magic than the waters below. Some of the Wind Naga have developed strong magical abilities that harness the powers of the wind and air. They are one of the only forces in the Splinterlands that can halt a Dragon in flight. They are known as Naga Windmasters.