United Technologies Corporation: Merger Of Equals by Michael A. Gayed

I have never advocated war except as a means of peace. - Ulysses S. Grant

When United Technologies Corporation (NYSE:UTX) and Raytheon (NYSE:RTN) agreed to merge in June 2019, many, including the U.S. President Trump, had concerns over the deal. Those concerns didn't scare boards of the two companies to later approve one of the biggest merging deals ever as the two companies have an estimated $74 billion in combined sales.

The agreed deal is expected to be finalized in the coming months to finally create the second-biggest U.S. aerospace and defense company behind Boeing (NYSE:BA) by revenue. The idea behind the merger is to increase the presence in the fast-growing commercial aerospace business and defense and military sectors.

The newly created company, Raytheon Technologies, will be 57% owned by United Technologies shareholders, and 43% by Raytheon.

The UTX stock received a further boost on December 03 following news of the killing of a top Iranian general. In general, the aerospace and defense sector tends to profit from rising geopolitical tensions.

Bearing in mind, the increasing U.S.-Iran tensions, which are not expected to be a "one-and-done" situation, the UTX stock may continue to reap the benefits until the dust settles in the Middle East.

United beat analysts' estimates in all four quarters reported in 2019. In October, the company reported Q3 adjusted earnings of $2.21 per share compared to analysts' expectations of $2.03 per share. The company's revenue for the quarter rose 18.0% to $19.49 billion from $16.51 billion last year.

"This is in my view one of the best-of-both-world stocks", JPMorgan analyst Stephen Tusa said following the release of Q3 results.

Market analysts are expecting United Tech to earn $8.72 per share for the full year.

The UTX stock hit a fresh all-time high of $154.65 on Friday, December 3, on the back of the assassination of Iranian General Qassem Soleimani. The price is now approaching the first level of resistance at $156.25, where the 127.2% Fibonacci extension of the 2018 correction lower. 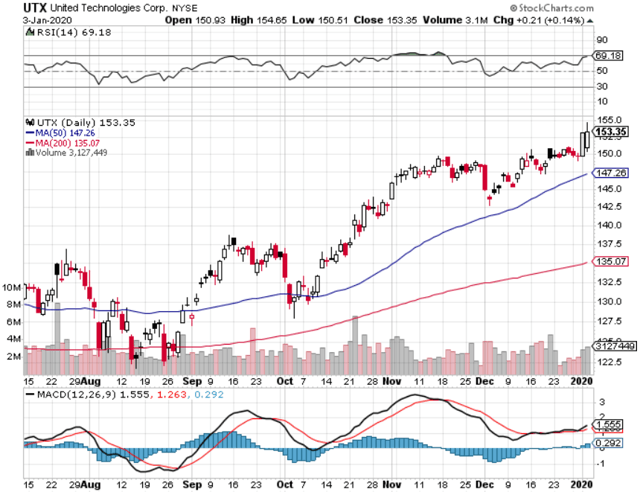 Looking at the bigger picture, the price action broke out of the 5-year ascending channel on Friday. It stopped at the ascending trend line that connects 2007 and 2014 highs. Given the importance of this trend line, I expect it to play a key role in the future.

On the downside, the broken channel resistance will now act as a support near the $150 handle. The major horizontal support is located at $144, should the bears be able to push the price lower.

...Read the Full Article On Michael A. Gayed's Blog on Seeking Alpha

This article was written by Michael A. Gayed. An author on Seeking Alpha and founder of the Lead Lag Report.

Learn more about Michael A. Gayed on Seeking Alpha

Are you Michael A. Gayed (a.k.a. leadlagreport)? If so, you have a Steem account that is unclaimed with pending cryptocurrency rewards sitting in it from your content. Your account was reserved by the Steemleo team and is receiving the rewards of all posts syndicated from your content on other sites. 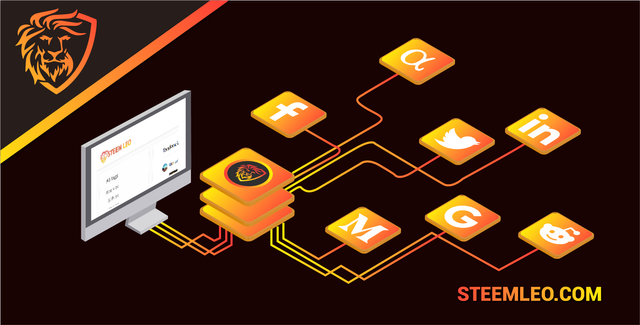