Growth and pollution on Steem

The downvotes have been raining down and when I click through to Trending on Steemit.com, it was looking pretty good: development updates, some application announcements, art, witness posts, the $300,000 dollars that has gone toward Venezuela in about 1.5 years and, a few announcements of the upcoming SteemFest. And, the number one position has only 120 dollars on it. I say "only" because Trending has been dominated by much more than that in the last few years.

There are some notable names missing from the Trending list though... the ones who have sat there for the last year botting their shit to the top where no one gave a shit about it. Anyone miss them?

But, this is just the start. 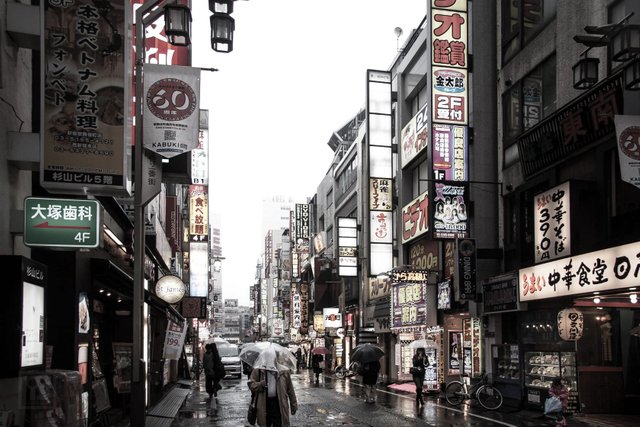 The goal has to be to normalize the negotiation of Steem rewards so that more goes into the hands of those who are looking to stabilize the chain so that development can take place. What that means is, people who will power up more than they will sell.

Stake moves Steem from the pool to content, and stake moves Steem away from content to the pool for redistribution. It is the responsibility of the entire staked community to put that Steem in the hands of the people who are going to use it to ensure the Steem Blockchain not only runs, but develops further so that all of the layers built upon it that houses and support all the users, can operate smoothly without having to worry about losing the infrastructure they have built on. Doing this as a decentralized group has its challenges, but I believe the future benefits outweigh the current cons.

When it comes to the situation of the now on #newsteem, the flow of Steem negotiation which has been lopsided for a very long time finally got a bit of support for the away from content mechanism and, it is being used to remind users that this is a community with a somewhat working economy that is stake based. There has to be incentive to build, there also has to be disincentive to not pollute, or incentive to clean up and decommission those who are causing pollution.

This is not a short process on Steem and that is why redirection has to be quite habitual, not a token gesture from time to time and, hopefully it gets to the point that it is hard to find in the ecosystem. The goal can't be to continually clean up the mess, the goal has to be be to reduce the mess that is being made toward zero.

Essentially there are two forces that we should be aiming for, maximum growth, zero pollution. These two things play against each other in a way that is somewhat opposite to what the industrial revolution did - profit at any cost. This meant maximum growth was enabled by the fact that it didn't matter how much shit was dumped into the environment, money would be made. Now, we have to clean all that shit up. Cleaning shit up is a waste of time and money that could go on building stuff, if the shit wasn't there.

You know, it isn't hard to do a little bit of mental arithmetic and imagine what could be done with all of the resources that currently go into stupid human shit, like cleaning up our own filth, war and paying it all to the narrow slice of middlemen who keep the flow of shit coming downstream, where most of us live.

While some people think that downvoting is some kind of horrendous digital war crime, what they are essentially saying is, "let them grow even if they pollute", because that has worked out well for humanity so far. A small polluter can become large, many small make a mass of pollution.

18 billion cigarettes are smoked per day, that is a crap load of butts thrown out - 6.5 trillion a year. Imagine that pile, the smoke created and then, all the resources needed to treat associated illness.

While everyone wants mass onboarding onto Steem for the growth and earnings aspect, there is far too much bullshit to deal with to have that happen effectively. However, with a solid infrastructure, the layers above Steem can offer compelling experience to the userbase and the shit can be kept out of sight in the sewers, where it belongs. Most people don't want to get involved in the infrastructure, they just want to come here and post, have some fun and earn a of tokens. However, this doesn't scale on Steem alone, it needs the ecosystem to grow and that only happens when there is enough stability to build upon.

The world is changing and we have an opportunity to be part of building what is to come. The problem is that too many are following in the path of what has proven a failure time and again.

Growth at any cost.

That mindset needs to be driven out of Steem and the entirety of humanity because, it is unsustainable and, the cost we will incur is the loss of a better future.