This is a screenshot of the current Top 20 Steem witnesses as shown on steemd.com. This obviously includes @dev356. 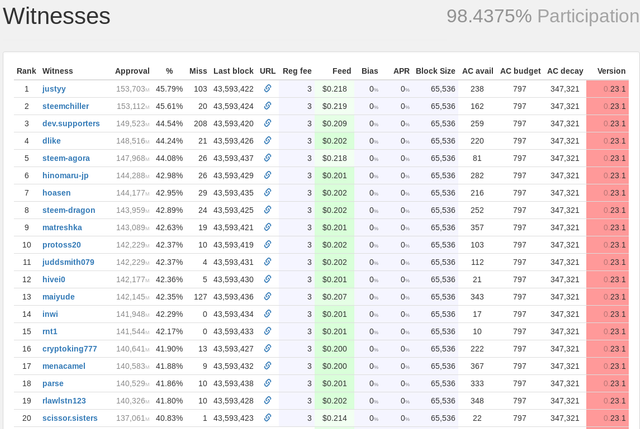 Recalculating the witness ranks excluding the votes from @dev365 gives the following ranking: