I have been wondering how much HIVE has been flowing through these accounts for a while. If you have too, read on.

The numbers start at the 1st April 2020 and run up until a few hours ago. Both exchanges had a bit of downtime at the end of March last year, and both have missed the odd day since.

I'm going to call both SWAP.HIVE and HIVE, HIVE!

@honey-swap takes 1% of deposits and withdrawals, and @leodex does the same job for 0.25% 🤷‍♂️ I have noticed, when pulling data for individual reports each month, that a number of accounts use @honey-swap and pay a little more, and that little has added up a fair bit as we'll see shortly.

The first chart attempts to show the daily total of HIVE being sent to and from each 'exchange' account. Although it's not easy to pick out particular days, you can see that honey-swap had much more flowing in/out up until around September 2020, where leodex action started to pick up. At the turn of 2021 leodex had some pretty busy days, but they are dwarfed by a couple of monster days for honey-swap. I have a feeling these days included some large single trades, but I'll not investigate further for now. 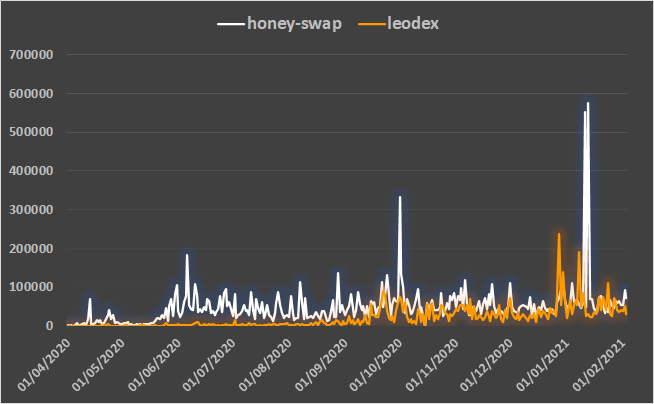 The chart below shows the same data, but the swaps are grouped into months. I think this shows more clearly the early advantage for honey-swap, and leodex's gain in market share over the past 5/6 months. January was a record month for both exchanges. 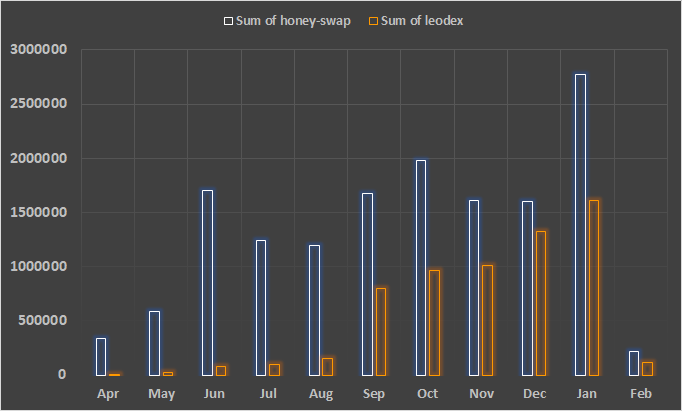 Below is the tabular data of the charts above. In the date range assessed, a total of 21 million HIVE has flowed in an out of both accounts - almost 15 million through swap-hive, and 6.19 through leodex. 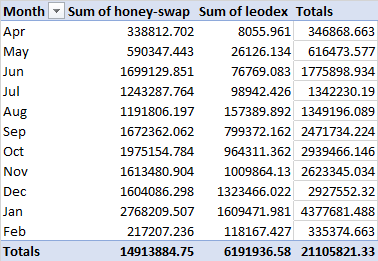 I was also wondering if there was more HIVE going in or coming out of these accounts, this is presented below.

If the line/column ends in a positive number, that is flow INTO Hive-Engine.

The first chart is again the daily flow and it's not easy to pinpoint a specific day. Also this chart is missing 2 huge days (for readability) on honey-swap where over 500,000 HIVE was swapped. These days and totals were: 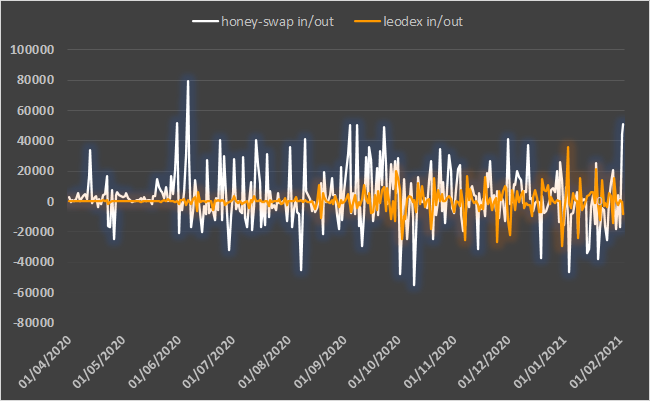 The chart below is a monthly grouping of the same data, with those 2 huge days included. 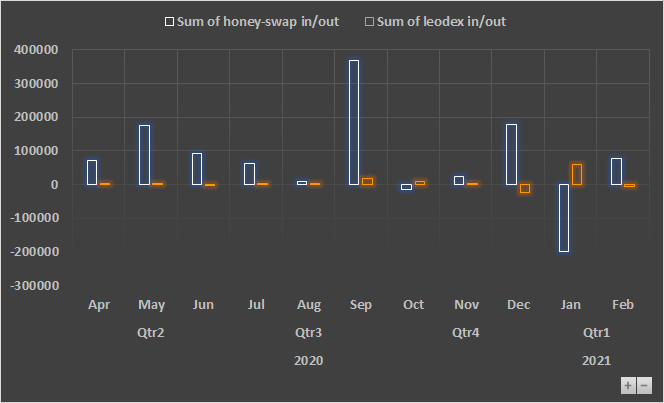 A summary and the total in/out for each account is in the table below. Combined, just over 900k is IN, somewhere - and don't forget this data doesn't include the days. 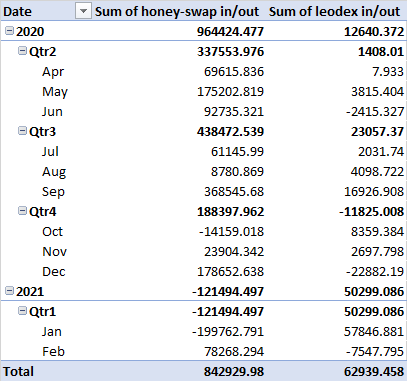 Well, that's satisfied my curiosity, I hope it was worth a read. If not, maybe I wasted my time and should have just informed you that I bought at least 5 HIVE worth of STEM today, and powered it allll up. 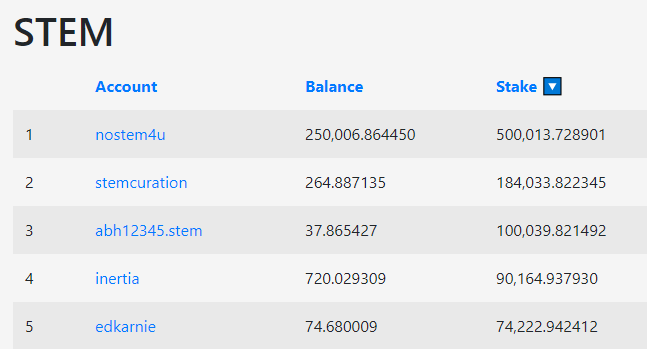