Is Bitcoin going 10X from its current price level? Probably not... Is ETH going to do that? Most certainly. ETH has just stepped in the $2,000 area in dollar valuation per coin and scored a new ATH today. It is already 20X from its bear market bottom and I'd say that there is still room for a 10X down the road.

There is a saying according to which Bitcoin parties like a Rockstar and altcoins are doing that even harder. The past bull market is proof for such saying and if history repeats itself then we haven't seen a proper alts rally yet. Most of the top 100 altcoins haven't even breached past their previous 2018 peaks.

10X from here in the case of ETH would take it to $20,000 and I'd say it's a highly achievable target this year. It's somehow a given that Bitcoin will peak at way over $100,000 and I doubt ETH will underperform BTC in this cycle. We have so many shitcoins scoring 20x-30x so far and we can't foresee ETH at a 10X from where it's at?... I'd say it's highly doable.

ETH has proven for a few months to be dragging LEO's price up and down as well, the prices of the two being correlated due to the WLEO pool. This connection will work pretty much the same way on the way down for sure, but we're far from that yet. 10X from here in the case of LEO, puts our beloved community token to exactly $10 in valuation. 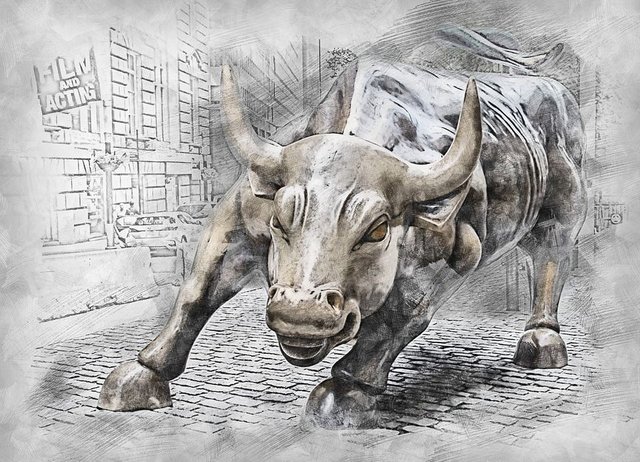 That's a lot of value for a such a young crypto and finance community and will probably turn some of you into millionaires and we're all gonna somehow become wealthy, I guarantee. The math is simple, you just 10X your current LP, as this is usually what stays relevant over time and here you have it.

In my case, a 10X LEO from where we're currently at would put my portfolio at a value of around $30,000. That's a lot of money for a blogging account that will be less than a year old you know. What makes all of this so fantastic is that it's internet money, a new type of wealth that is under no centralized authority deciding its intrinsic value. It's almost entirely in our hands.

I couldn't even envision about three years ago when I became a content creator that my account would be worth that much money at some point during a bull market and I was posting four times a day back then. Leofinance didn't existed at that time, so if you add your HIVE account to the equation, we can say we've managed to collect quite some fortunes inside our relatively small Hive community.

What makes me think of a 10X in altcoins prices from where we currently are and see that so achievable?

The fact that I haven't seen extreme FOMO yet. The overall psychology of the market hasn't turned mad, we still have the sky as the limit and no one on any type of media is yet talking about going to Mars. There are quite a few altcoins that have had worth mentioning rallies over the last few months such as BNB for example, but nothing crazy.

We are simply not there yet and that's what makes me envision such a scenario. I remember the euphoria phase of the 2017 bull market. During those times I witnessed XLM going from 1 to 90 cents in just about three months and it was $0.002 at the beginning of the bull market. 10X from where we are now in the altcoins market is peanuts money.

The total market capitalization of the altcoins market has not long ago surpassed its previous ATH and it's making new ones every few days and if it's going to replicate 2017 then we're about 20,000% away in upside potential from a peak. Put that into numbers on your altcoins holdings, LEO and HIVE included, and 10X is highly achievable.

Bitcoin has so far lead the bull by the horns, and it's natural to be that way, but wait till alts get to the wheel...