Thank You, Steemit... For Everything I Got On Hive 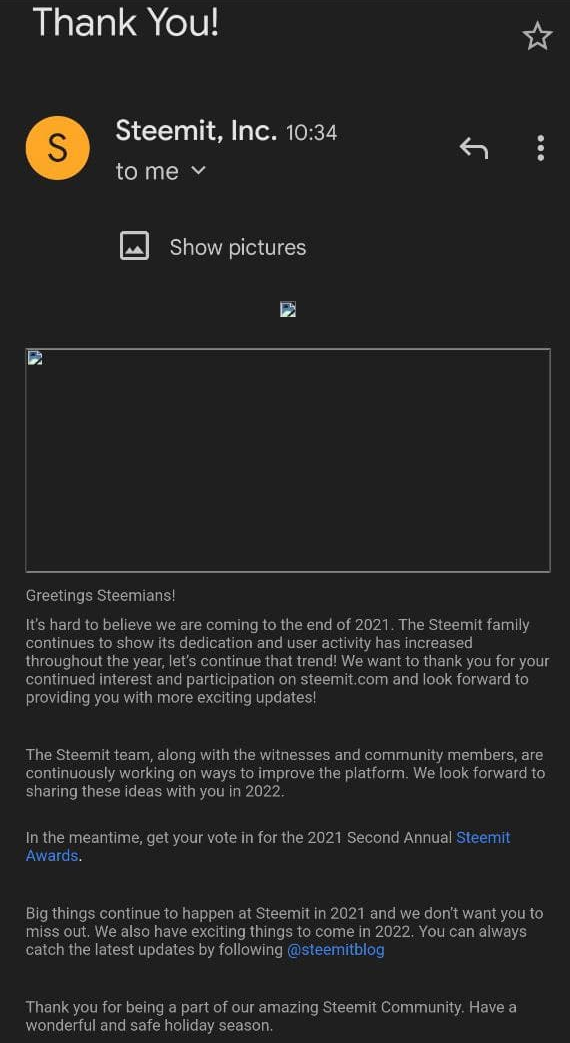 I finally got the mail, "that mail" coming from the Steemit team thanking me for being such an awesome community member and wishing me all the best...

Surprise surprise, but I left Steem once Hive was out and rolling, right from the first day. The frustration and weeks full of torment that I got since that jackass announced he "has bought Steem", it was like the idiot really thought he bought the whole chain, and until Hive was forked, it was clear that I couldn't continue on Steem.

BUT, Thank You, Steemit... For Everything I Got On Hive

If it wasn't for Steem, I probably wouldn't be a "full time blogger right now" and if it wasn't for Ned being a scum and for Justin Sun being a bad investor, we wouldn't have Hive now.

Hive is a manifesto. It's the total opposite of what Steemit has become and it's even better than that. Although not even in the top 100 crypto projects on coinmarketcap, this thing delivers...

We have almost anything we could think of, on Hive... from blogging to vlogging, DeFi, NFTs, Splinterlands and so on. Hence we should be grateful for Steemit and the Sun takeover.

That quite painful event has pushed us to create something better and although I doubt Steemit has seen any significant increase in its users numbers since "then", I bet Hive is on a continuous rise.

Often times negative events push to positive outcomes and the whole situation with Steemit and Hive is proof of that. I am grateful to have found Steemit and learn the ABC of blogging, but also for the Sun takeover that pushed us into building something better.

As I have said multiple times on my blog, Hive is the best online activity that I ever had and am more than happy with what I got here, starting from the community that I've created myself to the tokens I'm earning. I literally got no excuses staying out of this.

For me, it's definitely the place to be. So, yeah, thank you Steemit for everything I got on Hive. Hope everyone has a great Sunday and see you to the next post.

Talking about every disappointment is a blessing, thanks to Justin sun for the move that made Hive fork out

A blessing in disguise.

I simply but appreciate your irony related to Steemit and just that it paved a great path for us on Hive. We are at the right time on the right blockchain and surrounded by great communities and people that don't stop from building and contributing. What else could we ask for?...

Indeed. It was indeed a good turn of events.

Since I joined after the hard fork, I have no idea how bad things were over at STEEM. I did hear about all the drama and the ninja-mined staked so I have an idea on why that area might of been so toxic. So I wonder: did I miss out on anything on a chance to build my account or was it a blessing that I did not do anything there?

I haven't built much of my account in the Steem era. I absolutely hated bid bots by the way...

Maybe we are at the start of a revolution right now?