That Guy on Steemit Was So Damn Wrong...

The comparison between Hive and Steem is futile atm as Hive is a whole new project(different breed) built on way more sustainable pillars than Steem. Hive somehow is because Steem was but for the sake of this post's topic let's leave any comparison aside and dive right into it.

About four years ago, during my early days on Steemit, @exyle at some point had a vlog(he used to vlog a lot and was one of the best-paid content creators at that time) saying that "mining(earning) STEEM will get harder and harder as the blockchain gets more mainstream.

And by mainstream, he was actually referring to attracting new users. He was so damn wrong about it. Now, if we can extrapolate and look at Hive as an alternative for Steem and bring that statement to our own yard, he'd still be wrong.

I'm less than two weeks away from turning five on Hive and trust me, I've seen a lot of faces on this platform coming and going and gone through all sorts of situations. Based on my experience and the current touch I have with the Hive community as a whole I don't see Exyle's words being true at all. 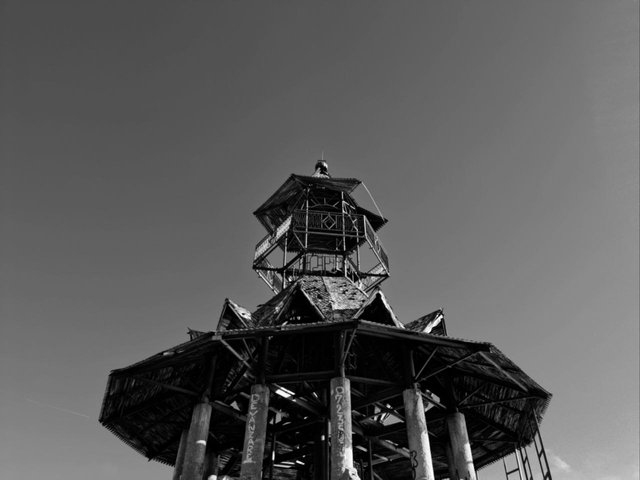 There are quite a few newcomers, accounts that are less than a year old, that I follow, and believe me when I say it, these guys are having a blast on the blockchain. The way I see it getting traction and making yourself visible on this platform is way more achievable right now than it was four years ago and there's one big reason for that: bad boys turned good.

Back in my early days as a Hive blogger, having a $10 post payout would be a dream and for most plebs like myself, the only option for achieving so was to pay for bid bots' upvotes. Now these bid bots(the "bad guys") are doing the curation thing for free. Most of the fatty upvotes that are pushing posts on the trending page are coming from @appreciator(ex bid bot account), @haejin, @ranchorelaxo, @trafalgar, and a few others.

None of these accounts is currently curating in exchange for anything other than the curation rewards they get, like pretty much any of us doing the same. Hence, there are a lot of new faces doing good on Hive and that makes me believe that mining(earning) HIVE is not as difficult as Exyle was forecasting something like four years ago.

I don't know if this man is still active on Steem because I don't use that blockchain anymore but I have not seen him being active on Hive either. He was wrong on this one, though, and that's a good thing.

Many believe that when and if Hive becomes mainstream there will be a fight on the rewards pool but that shall not be the case. As the platform gets more traction, there will be a flood of both content creators and curators, leading to exponential growth on both sides, not just one.

I don't believe there will ever be an imbalance between these two as I don't feel like all of us have to walk on the same path.

Hive, the way I see it is turning into a society rather than just a small community living remotely in a tiny corner of the cryptoverse, and the old math does no longer apply to the new law and that's a good thing.

I'm stating that from the position of someone who's been here during the bid bots era, the Sun takeover, the hardfork, the strive for exchange listings, @leofinance WLEO hack, and so on... And... If @edicted is right and the next bull market will push blockchain social media under the spotlight then we might be on track for a $30-$50 HIVE. Imagine that...

I know of exyle back in the days, he stopped posting immediately after the hostile takeover and TBH, thank God for the takeover, we're now what steem deemed unachievable..

I can only agree on this one.

Imagination is said to be able to take us everywhere. Einstein said it, not me...

Very interesting take... the theory that it would be much harder was sound... in theory, but it did not take into account all the upgrades to the system we would make in addition to the increases in floor price.

Indeed... it also doesn't factor in people who stay consistent during the bear market. Every single bear market is an opportunity to get noticed as the tide gets lower and users exit until the next bull

True. He was saying it from the trone he had at that time...

When Hive price goes up, less Hive is actually earned, but more value is attained from even the smallest votes, so if he meant token-wise, then it's still a valid take in my opinion but if he meant "dollar value-wise" then he might be wrong considering that users cannot increase without attracting investments.

he was referring to tokens and he was wrong. when hustling long term you earn no matter the season, sometimes more and sometimes less...

Also, back when he was saying that, there were no tokens that could be earned other than the two (layer 1) native ones.

that's true as well. the mindset back then was pretty narrow.

Awesome post and you got a great point thank you very much. And congratulations on your upcoming 5 year anniversary here!

Much appreciated my ganja friend ;)

You're very welcome and have an amazing day!

I have joined Hive in 2017 when I first entered the crypto space with more force and the hard fork couldn't have been healthier for this ecosystem than it was. Simply it has put the values that we were protecting at the core of a new true decentralized blockchain.

I liked the way exyle wrote about new developments, got you enthusiastic. The future was always bright. Well we know now it made an other turn.

We can imagine or do a visualization exercise like sportsmen do... and we prepare for when it will be like this!

I do not know, the Hive.blog is unique as in you can be active in multiple way to biuld your portfolio, even without investing into it.

I’ve been here since launch. While I agree with you, $30-$50 hive is pretty much impossible with how hive works today. You named a few but add up all the accounts that purely curate to cash out the yield, that’s a lot of negative externalities…

The only way we can see hive shoot up in price is if people buy and don’t sell FAR more than the daily “paychecks” being paid out on a perpetual basis.

Burning hive at a rate higher than the hive inflation rate could have a nice effect too.

Your math makes sense, for sure but I sometimes like to dream... It doesn't cost me anything...